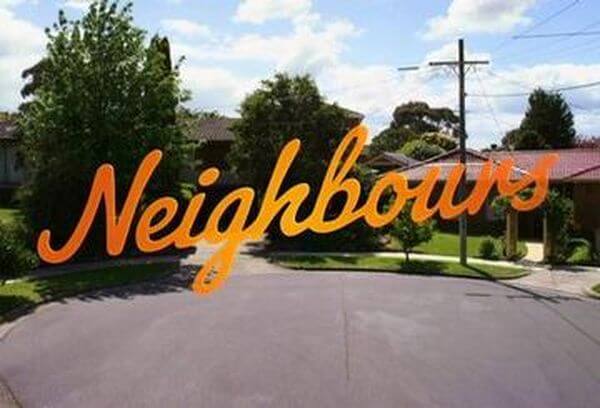 Neighbours. Everybody needs good neighbours. With a little understanding, You can find the perfect blend.
Neighbours. Should be there for one another. But with these neighbours, they’ll stick you in the end.

G’day from lockdown 3.0 from the Hunter to all our Friday GAGR faithful.

What a rugby news week!! It’s the sporting code ‘du jour’ at present with a steady stream of fascinating machinations, sub-plots, schemes, intrigue, drama and controversy and all this wrapped in a blanket of fog caused by the Wuhan Wonder Bug! What’s not to like !!!!

This week let’s dive deeper into trans-Tasman relations, discuss my love of numbers, check in with the Steelers & look at your GAGR Supercoach Wallaby side. All this and Australia’s favourite Friday Bonus piece – The Friday Fast 5. Rumoured to be THE reason the Nearlies  ‘postponed’ Bledisloe III.

Let’s start our look at the ‘rugby week that was’, with a reasoned, calm & completely objective look into the Trans-Tasman stoush. 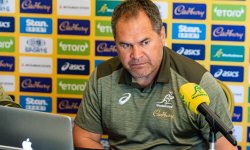 In all the argy-bargy of the recent week, with claim & counter claim, who said what to whom & when, one event really shone for me.  Well, one point apart from the nefarious action of those dirty rotten Kiwi bastards at NZ Rugby HQ & their Private Equity masters having their grubby little fingerprints all over it (insightful read here from The Spinoff of NZ). One pleasantry rose like a phoenix from the bucket of faeces hurled at us by those from UNZUD Rugby. Confirmation we are in safe hands with one David ‘Moses’ Rennie.

Whilst bristling at the news, Moses was able to deliver and angry, yet measured response. He kept the emotional aspect of it out and spoke to his displeasure, surprise, disappointment and observations from afar over a period of years regarding NZR. You can watch the full interview here courtesy of rugby.com.au

What really hit home for me was this man, born not of our shores, really has a visceral, deep &  strong attachment to the Wallabies of course, but the code in Oz and us fans in particular. He seems a man of integrity & principal. Here is a man not afraid to speak his mind plainly, honestly and without histrionics.

Under Moses’ tutelage & guidance it would appear the Wallaby culture, the code in Oz & us fans are well lead by this man of integrity and just like the former Nazarene starting XV right wingers ancient travel diary says – ‘surely goodness & victory shall follow us the rest of his days’, or some-such.

From the the fires of adversity, let golden bonds be strengthened. 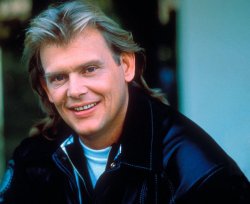 ‘One is the loneliest number’ Mathematician and Stylista, John Farnham.

I’ll admit it. I am a numbers nerd. Not in the league of our esteemed northern Comrade Eloise, or Briz and his rocket science, but I find solace, anonymity, wonder, comfort, challenges & revelation in numbers.

Everything from basic algebra all the way through to the Liberace code, I am a numbers fan. But even with my next-level maths skills, I know there is one very simple number that NZR & Kiwis in general have completely forgotten about:

In other words, the Kiwis need us as much as we need them, perhaps even more so (read more in ‘Friday’s Fast 5’)

Something would seriously appear ‘out of kilter’ if NZR turd-burger Mark Robinson would have us believe that communication via social media between ‘staff’ (players) substitutes for clearly articulated plans between governing bodies right?

Sources provided me this copy of an SMS from respective skippers Hodor to Lee Majors last week:

Despite the staff’s (players) best intentions, it could be reasonably argued in the court of public opinion, that by their actions, NZR did in fact deliver a message to RA. A big steaming, robust & heaving number #2. Heard loud & clear by the code, the Wallabies & by all Oz Rugby fans last week.

Besides, take our ‘one’ away from this picture and all the Kiwi’s have left is, well, playing with themselves. Which does seem strangely poetic, doesn’t it.

Stuck in the middle with you!

End of Day #2 at the Tokyo Paralympics and mixed results for our Australian Wheelchair Rugby side so far. Going down in game #1 to the Danish side, whom Mica tells me are not the Dutch side, from Holland of the Netherlands (I still don’t know how this works?). However they rebounded with an aggressive and ultimately match-winning defensive effort against the gallant Gauls in game #2.

Their first up match proved to be ‘Combat Chess’ against the Great Danes with a physical and fast spectacle. Ultimately the Steelers conceded too many penalties with too many players sent to the naughty chair. A brilliant third quarter by the Danes, lead by their superstar #10 Sebastian Frederiksen (29 tries) saw them claw back a three point deficit and go into Q4 equal on tries.  The Non-Dutch team would ultimately & deservedly prevail 54 tries to 53 to hand the Steelers their first taste of defeat in 13 years.

With a first-up loss it now means Steelers games are all ‘must win’ if they want any chance of making it a historic Gold Medal three-peat.

Next up for game #2 was a determined, fast and tactically astute French side lead from the front by skipper and main attacking threat Jonathan Hivernat who scored 29 tries. The game was typical ‘murderball’ cut & thrust, with some of the hits needing to be seen to be believed. The running repairs to Steelers legend & captain Rhyley Batt’s chair (who scored 25 tries) is testimony to the attention he receives from other sides and the hits he also unleashes. It was an aggressive, fast & smart showing by both teams. The scores were locked 36-36 at the end of Q3, until defensive aggression and the subsequent turnovers generated from it allowed the Steelers to get the chocolates, winning 50 – 48.

Current world champs Japan lay await for the Steelers in Fridays game (3pm AEST on 7+). Nothing changes for the Steelers, they must win and be conscious of tries ‘for & against’ difference to ensure a top two place in Pool ‘A’ and a place in the semi-finals. All results & stats here 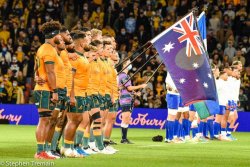 Who has survived, who has bolted and how many dumb-arses voted for QC! My thanks to the 42 who voted:

What really stood out in the numbers was a lack of clear conviction in the majority of votes. Starting XV players with just over 50% of the vote and a lot of the reserves bench under 50% of the vote. Says to me loud & clear, us fans still don’t know who our best XXIII are, with only a handful of players commanding a big percentage of the vote. It could also be reasonably argued that Hodge should / could / will be our 10 with Bastards at 15 with ‘no comment’ missing the XXIII altogether

‘You dare to defy me RA?’ Mark Robinson NZR CEO

Perth – Finally (said no one ever)

RA has finally confirmed that Perth will host Bledisloe III on Sunday September 5th 2021 4pm AEST (which I think is like 8.30am their time – but who really cares). The Sunday fixture is as a result of uncertainty regarding availability of Optus Stadium on Saturday by those who play that Melbourne game that gives an ‘encouragement point’ when they can’t kick straight.

The Sunday match represents the first Australian daytime Bledisloe since 1996, when the All Blacks beat the Wallabies 32-25 at bogan central – Lang Park.

‘Anyway, enough about me. What do you think about me?’

Sources with knowledge of the layout of CEO Mark Robinson’s office, speaking to yours truly on the basis of animosity, report the Kiwi warlord has a poster in his office that has emblazoned cross it: ‘There’s no ‘I’ in team. But there sure is ‘me’. Hmmmmm.

‘I need a dollar, dollar a dollar is what I need’.

Interesting read here from Hamish Bidwell from rugbypass.com on the perilous financial state of NZR sans a private equity deal and their seeming ongoing struggles to ‘win over’ the New Zealand Rugby Players’ Association (NZRPA) for approval of said PE deal. More and more NZR’s actions regarding Perth look like they’re covered in slime and made all along as a play in search of a greater dollar, dollar, dollar. It seems they thought those dollars were to be found in the UK instead of Perth.

News from rugby.com.au  that Sam ‘Hodor’ Whitelock, Richie ‘Princess’ Mo’unga and Aaron ‘The Dunny Luvva’ Smith are likely to all miss Bledisloe #3. All three are about to welcome new bundles of joy to their families. As a rugby lover & a father myself I can say to the dad’s to be that the first 10-12 years of a babies life are key and they should really contemplate retiring from the game to be with their little one’s during those formative years.

Poor old AB’s have to run out second string players to cover the loss of the 3 stars, with little known Beauden Barret likely to start at 10 and TJ Paranoia at #9, with the 28th Barrett in the NZ squad, Scott, to run on at lock

From all Oz rugby fans we wish the Whitelock, Mo’unga & Smith families a lifetime of health, happiness and joy. Cherish these special moments.

RA have announced what many have us known for many years. Queensland is the Australian home of double-headers! Having recently been to the land of the dual-cranium, I can vouch for the accuracy of RA’s statement. In other news, apparently there will also be back-to-back rugby games in QPRQ, starting from September.

Until we meet again.