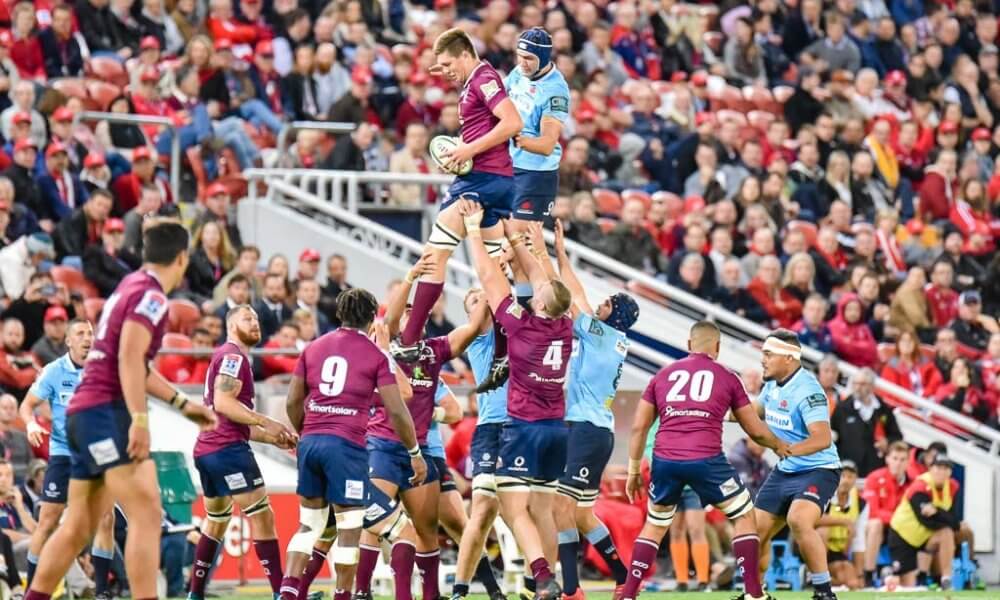 Friday’s Rugby News looks at the teams named for Union’s version of State of Origin, the return of Christian Lealiifano to the Wallaby fold, how Matt Toomua has been welcomed into the Rebels folds and the quest for the next Sevens star. 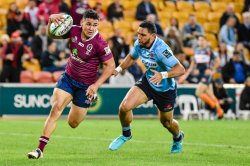 Both the NSW Waratahs and Queensland Reds have named their sides ahead of their must-win clash at Suncorp Stadium, with both sides making multiple changes to the teams that narrowly lost to the Lions and Rebels respectively.

Reds coach Brad Thorn has made two changes to his side, with the main change coming with the inclusion of former Blues flyhalf Matt McGahan at fullback, the son of NZ league great Hugh McGahan.

McGahan has been handed his debut for the Reds as a result of injury to Hamish Stewart along with the unavailability of Issac Lucas (Junior Wallabies), with defensive coach Peter Ryan confident he can do the job despite not playing in his regular position.

“It’s not his regular position, He’s normally a 10,” Ryan admitted. “Him getting to the end of the line or communicating what he’s doing in his role there is second to none so I don’t think he’ll have a problem.”

The other change to the side sees Scott Higginbotham relegated to the bench, with Angus Scott-Young shifting from blindside flanker to number 8 and Lukhan Salakaia-Loto joining Liam Wright in a new look back row.

Meanwhile south of the border, coach Daryl Gibson has recalled Adam Ashley-Cooper from the bench to partner Karmichael Hunt in what will be Ashley-Cooper’s 150th Super Rugby match.

In their other changes to the lineup, prop Tom Robertson will make his first start of the season, replacing everyone’s favourite redhead, Harry Johnson-Holmes, along with Ned Hanigan moving from blindside flanker to the second row.

The shift by Hanigan will accompany the return of Lachlan Swinton to the starting lineup, replacing Tom Staniforth, who will consider himself bitterly unlucky as he’s been one of their better players in the past month or so.

This will be an interesting test for both sides, who must win this match to have any finals aspirations, along with the quality of the surface which will be facing its 10th game of rugby on it in 9 days.

The teams are as followed:

Lealiifano back in Wallaby mix 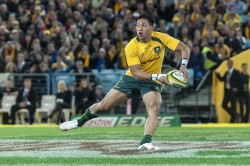 Back in the Wallaby set up

Christian Lealiifano has been rewarded for his excellent start to the season, with the fly-half invited into the Wallabies camp commencing this Sunday.

Lealiifano has been one of the main reasons for the Brumbies turn of form which has seen them rocket to the top of the Australian Conference, winning 4 out of their last 5.

His inclusion in the camp set to run from Sunday-Tuesday caps off his remarkable return to rugby, with his selection coming less than three years after being diagnosed with leukaemia.

Another key inclusion will be Matt Toomua, who is set to make his Rebels debut on Friday from the bench after being granted his early release from English Premiership side Leicester Tigers.

Outside of these two, the squad is expected to be similar to the one that took part in the first two camps, which was based off the Spring Tour squad, along with the inclusion of players such as Luke Jones and James Slipper.

Despite their injuries, it is expected that Rob Valetini (knee) and Jordan Petaia (foot) will be invited by Michael Cheika to join the squad in camp as they continue their rehab.

The camp will commence for Rebels and Brumbies players on the Sunday in Brisbane, with players from NSW and Queensland expected to join on Monday after bashing each other up on Saturday night. 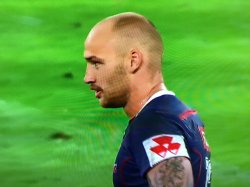 Rebels centre Billy Meakes has welcomed the addition of Matt Toomua to the Rebels, believing that his arrival will provide added competition needed to help push the side ahead of the finals.

Toomua return to Australian rugby starts from the bench on Friday night against the Bulls, adding to the star-studded backline that the Rebels have put together, led by the reinvigorated Quade Cooper.

Many have speculated that his return may jeopardise the starting position that Meakes had nailed down with his impressive early season form.

However, Meakes was unfazed by the threat of losing his starting position, stating that Toomua has already settled into the Rebels environment, relishing the experience that he brings to the side.

“It’s good to have him around the club. He obviously has a wealth of knowledge in Super Rugby and at Test level, and he has obviously played in the premiership for a small amount of time,” Meakes said.

“To have him here, in and amongst the group, pushing for spots, and just his presence around the group is great.”

The Rebels are looking to ride off the momentum gained from their performance during their win over the Reds, with Meakes believing that the side has refound its identity over the past fortnight.

“We feel like we have come on in leaps and bounds in the last couple of weeks,” he said. “We feel like the back end of the Hurricanes game and then the Reds game in patches, we have really started finding our identity again as a team”.

Meakes and his fellow inside backs will be up against a massive (literally) challenge in the form of Burger Odendaal and Johnny Kotze, acknowledging that they must meet their intensity and physicality if they wish to come out on top. 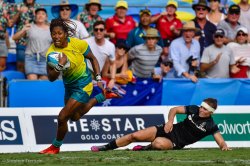 In the quest to help Australia compete for Gold at the Olympics, Glen Ella and Rugby Australia have headed into the bush to unearth the next Sevens star.

Ella and Rugby Australia officials have spent the last two weeks travelling through remote areas from Bathurst to Uluru to scout talent in the hopes of providing them with a once in a lifetime opportunity.

The extensive search went as far as inside Alice Springs Correctional Centre, in which during the testing phase, one man ran 5.1 seconds for the 40-metre dash remaking “I haven’t run for six years, I feel so light.”

“I don’t think at the time they recognised the enormity of it that they could go from that facility into attending a national camp,” said former Australian sevens assistant coach Jarred Hodges, who is heading up the program.

Ella expressed his pride in providing Indigenous people from these areas a golden opportunity to help transform their lives and shine on an international stage.

“We never felt uncomfortable at all,” Ella told the Herald. “We just told the guys when they get out for what they’re in prison for that there is some hope for them. It gives them an opportunity to turn their lives around but it’s still up to them and it’s no guarantee.”

After finding success during the first instalment of the road trip, Rugby Australia has announced another two-week leg across 3500km that will begin in Taree and visit Kempsey, Ballina, Gold Coast and Moree, among other areas.

The search will culminate with 130 players being selected to fly to Sydney to bid for selection in two First Nations squads, which will compete in 5 domestic and 2 international tournaments.

This will attempt to unearth Indigenous talent with an eye on hoping to hand out full-time contracts, with the possibility of playing in the 2024 Paris Olympics or later.

The value of this opportunity was shown by the discovery of a 17-year-old girl with an impressive step and pass, whose invitation to the trials in Sydney caused both parents to burst into tears out of pride.

“I was so taken aback from that,” Hodges said. “It was just to offer an opportunity. There was no guarantee but for them to have the governing body come out and hold such an event for them it meant everything.”