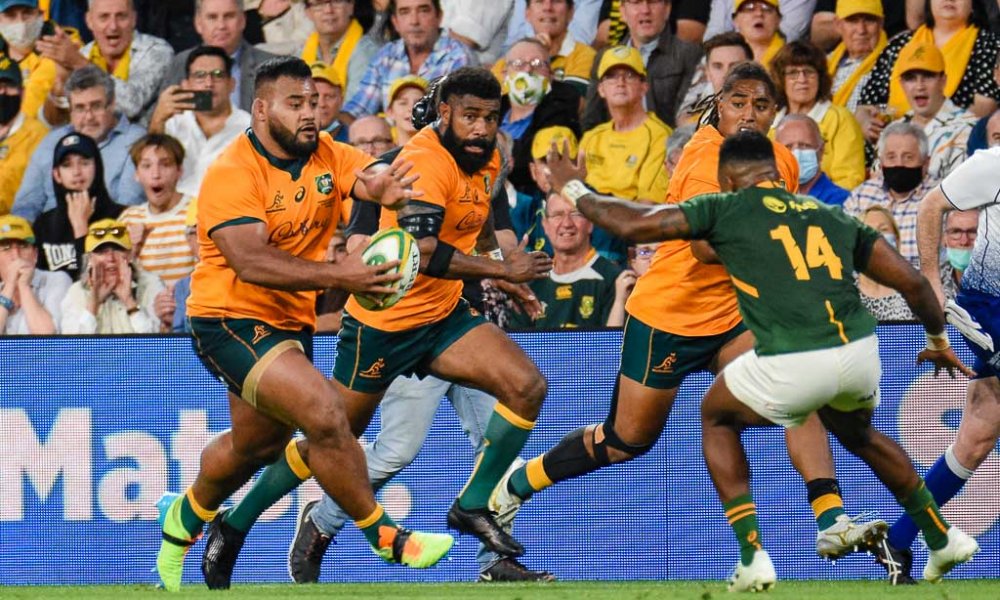 With Hoss presently on the run from the ICAC corruption probe it fell on the rest of the GAGR News Team to draw straws to do today’s news. Counselling is available to assist the disappointed – not to be confused with Hoss’ current nemesis – Counsel Assisting the Commission.

Nine reports that Wallabies assistant coach Dan McKellar has elaborated on the reasons for omitting Noah Lolesio and Harry Wilson from the Spring Tour.

Head coach Dave Rennie has asked five-eighth Lolesio to put on some muscle in the off-season in a bid to improve his defensive capabilities. McKellar also coaches Lolesio at the Brumbies and was confident the benefits of staying home would outweigh the negatives.

“Guys like Noah Lolesio and Harry Wilson are young men and their careers have accelerated really quickly,” McKellar said.

“They were part of our under-20s team a couple of years ago, went straight into Super Rugby off the back of one preseason, performed well and then found themselves on the international stage pretty quickly.”

“So we think for their long-term benefit they need a good few months to focus on developing physically and obviously on their individual skills and core skills that they need to improve on.”

McKellar also stressed the need to box clever on the training paddock over the next five weeks.

“You’re playing four Test matches on the bounce so just limiting your load and training smart and just doing what’s required to perform, that’s the key.”

“Not a whole lot of requirement at this stage of the season for a lot of contact training and limiting the kilometres that we put into the boys from one day to the next.”

“It’s about training with high intensity but making sure that we’re training smart so we’re ready to go and feeling as fresh as possible come Saturday.”

The Wallabies open their four Test tour against Japan in Oita on October 23.

The Sydney Morning Herald reports that NSW Rugby boss Paul Doorn has been dragged into the ICAC corruption probe (starting Monday) into the conduct of former Mexico premier Gladys Berejiklian.

The focus of the latest public inquiry is more than $30 million in state government grants issued to the electorate of disgraced former MP Daryl Maguire, who was in a secret relationship with Berejiklian at the time.

Doorn’s former boss, former director at the Office of Sport Michael Toohey, will be the first witness called on Monday. Doorn will be the second witness. Former premier Mike Baird is scheduled to appear on Wednesday, and jobs minister Stuart Ayres, who was the minister for sport during the period in question, will be called on Friday. If captured, Hoss will appear the following Monday after drying out in the watch-house.

Rugby dot com reports that former Wallabies flanker Lopeti Timani has been named in the Tonga team for their upcoming northern tour to play the Jockos, Soap-Dodgers, the French Barbarians (featuring Asterix at scrum-half and Obelix at tight-head) and Romania.

Tongan-born Timani played 12 matches for Australia in 2016 and is currently with the French club Toulon.

He became eligible to switch countries at Test level after representing Tonga in Sevens at an Olympics qualifying tournament earlier this year.

He is one of 10 new faces in the squad of 40 which also includes Perpignan wing Afusipa Taumoepeau who previously played Super Rugby for both the ACT Brumbies and Melbourne Rebels.

“As someone who was raised a proud Samoan, there is massive appeal in playing for a team that celebrates my heritage and my culture,” he said.

“I have been blessed with so many amazing opportunities over the course of my rugby career that I feel I can give back to a special community that has always supported me regardless of what colour jersey I was wearing.”

Moana Pasifika coach Aaron Mauger said “Christian is one of those unbelievable players who oozes class as a footy player and a man.”

First debuting under Robbie Deans during the 2013 series against the touring British and Irish Lions, Lealiifano has made 26 appearances for the Wallabies. He was diagnosed with leukemia in 2016.

Remarkably, following a successful bone marrow transplant, the goalkicking five-eighth returned to Super Rugby in 2017 before heading overseas for a short stint in Ireland’s Pro14 and European Rugby Champions Cup with Ulster.

In 2019, his fairytale return to top-level rugby was complete when he started at No.10 in the Wallabies side that put 47 points on the All Blacks in Perth. That year, he earned his first selection to the Rugby World Cup in Japan, playing in four Test matches.

Rugbydump reports that things quickly spiraled out of control within seconds of kick-off in n France’s Fédérale 3 match between Avenir Bizanos and Gan Olympique.

Gallic tensions flared after one of the Bizanos players took out a Gan player without the ball straight from the kick-off.

From there everybody was Kung Fu Fighting. Those kids were fast as lightning.

Each side had a player sent off for the incident, Bizanos prop Salim Barrara and Gan’s Bernard Sedze, with Gan going on to win the match 13-10.