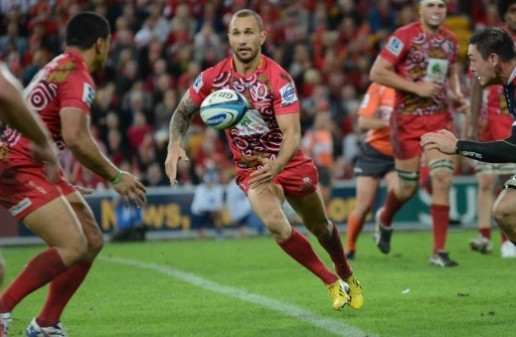 As mentioned by a couple of readers in the comments to yesterday’s news, Bill Pulver has this week been floating the idea of a ‘Southern Lions’ team to tour the Northern Hemisphere. The side would feature all the best players from the four Rugby Championship nations. Pulver believes there is room for it in the crowded international schedule as well. Currently three years out of each four year cycle are occupied by the World Cup, existing Lions tour and the Olympics. A Southern Lions tour is a logical inclusion for the other year. If it proved too hard logistically to form a complete Southern Lions, Pulver would be keen to explore the possibility of an Anzac composite side as well.

Do you think this idea has merit, especially given the recent lack of success by the Lions on tour? Put your fantasy Southern Lions side in the comments section below. 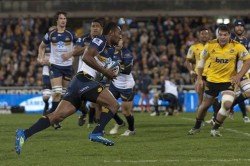 After some pretty miserable injury news over the last few weeks (admittedly balanced out by the return of George Smith), there is some good news for the Brumbies on the signing front. In form outside centre Tevita Kuridrani has this week signed on the dotted line for another two years.

Earlier this week there were rumours that Kuridrani had signed with Italian side Zebras, a move that would have been a blow to the future of the Brumbies as well as the Wallabies. However with the powerful centre now signed up until the end of 2015, a World Cup berth could be in his future, should his form continue to improve.

Jones has inside word on Wallabies gig

Eddie Jones was in the media yesterday giving his opinion on the future of the Wallabies coaching gig. Some of his statements suggested he might have the inside word rather than just the usual Eddie musings. According to Jones, Jake White will soon replace Robbie Deans as Wallabies coach for the next two years. As for Link, he will be tasked with trying to “sort out” the Melbourne Rebels over that period, before taking over from White. It would be strange for the ARU to have already mapped out coaching plans for the next four years, but stranger things have happened.

Jones believes that Robbie Deans has done a reasonable job in his time at the helm, but his ongoing failure to improve team discipline will cost him his job in the end.

Quadewatch has been quiet these last couple of weeks, but the Reds flyhalf has opened up in an interview with ESPN. It has been a tough time for the most divisive player in the game, revealing watching the Wallabies play without him is like “watching your girlfriend go off on a date with someone else”.

With the ever-present innuendo surrounding a switch to Rugby League or more dabbling in his boxing hobby, it is good to hear Cooper speak of his passion for Rugby Union as well as his refreshing approach in this age of ultra-professionalism “I love the game, I play the game because I love it and it’s a bonus we get paid. If you think back to the days when you played rugby in the backyard … the chip kicks and the passes. And just because you play in front of 52,000 people, that shouldn’t change”.