Much has been made of the Waratahs’ move to hold a fan forum in an attempt to win back the support of their crowd. While publicly the Tahs are saying the night is about the fans having their say, G&GR has come across the agenda for the evening, which suggests the night may be more about fan re-education rather than feedback….

7.02 pm – Waratah fan re-education fan packs to be distributed. Each pack to consist of the following: 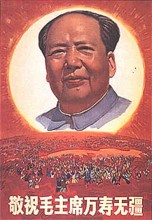 Chief Propagandist, Comrade Grumbles, will deliver a presentation outlining how successful the season has been thus far by highlighting the fact that at least three Waratah backs make the SMH team of the week regularly despite them never touching the ball. He will also confirm the fact that Rob Horne remains the front runner for the Wallabies outside centre position despite never completing a full game of professional rugby. This achievement by Comrade Grumbles should bring joy to all delegates!

Due to concussions suffered selflessly for the cause of the people, Comrade Berrick cannot remember anything of the 2011 season. His presentation will be brief and will be augmented by showing a montage of the first round glorious victory over The Rebels interlaced with images of Dear Leader Waugh!

Comrade Hickey will only present his address if Dear Leader Waugh gets time to write it for him. We are very grateful to the illustrious Dear Leader for being so generous with his gifts!

Commentator and part-time hypnotist, Comrade Clarkie, will begin his session by putting a few delegates under hypnosis and having them say a few of his favourite phrases such as “He’s got some real Jet Shoes”, “Ohhh – it’s hammer time” and “They’re on their feet.”

Joy probes will then encourage delegates to cheer with zeal for the cause. When the noise reaches a crescendo the lights will be dimmed and Comrade Clarkie will then hypnotise the entire auditorium.

With the total auditorium under Comrade Clarkie’s spell, phase 2 of the glorious re-education process can begin. Delegates will be made to chant the four key Waratah values over and over: 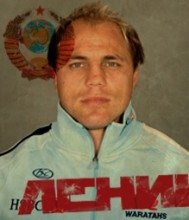 The final step in the re-education process will take place with Dear Leader leading a glorious chant of the four key values.

Once this chanting process is complete, delegates will file past Dear Leader Waugh who will smear them with genuine Waratah dirt of the people and put them in the rolling maul simulator.

7.35 Re-education process complete – Delegates are allowed to leave the auditorium

Brumbies rucked and mauled by the Lions
Analysis: Lessons from a Brumbies autopsy