EXCLUSIVE: an intercept from Berrick the All Black 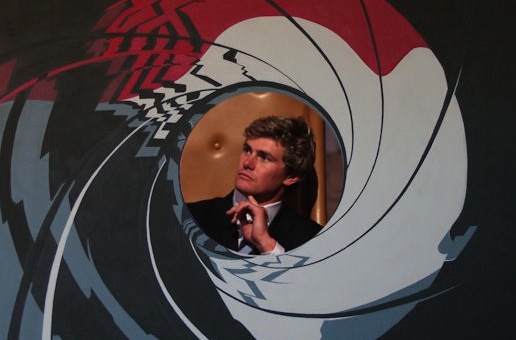 EXCLUSIVE: an intercept from Berrick the All Black

We intercepted the following telex from South Africa (where Berrick Barnes had been staying with the All Blacks) over the weekend. Make of it what you will

Well, so far it’s all going according to your plan, Mr O’Neill. Not only have I got close to the All Blacks, but I’ve managed to sneak into some training sessions and team meetings.

If anyone starts to ask me what I’m doing there, I just pull one of my “injured faces”, or dive on the ground and play dead like Taf (that’s Tatafu Polota-Nau, Mr O’Neill). It’s not that hard as I’m often not far off a footballer’s migraine, footballer’s groin, farked knee, cramp or killer bindi. Just like you said – the old sook-face finally comes in handy!

Anyway  – here’s my top 10 finds from training with the All Blacks:

1. They actually practise re-starts! (Robbie – I thought you said that was against the rules?)

2. I wasn’t allowed at this session, but apparently they spent quite a bit of time yesterday practising “set moves”. Are they those things you said we’d get around to one day Robbie?

3. No one steals Ma’a’s food (unlike what happens to other international 12’s I could mention)

4. Mr McCaw ran a session about the breakdown. It made me confused and a bit dizzy. I tried to draw you a diagram, but it was just a big mess

5. They don’t practice slowing the ball from the ruck and re-setting. How is this possible?

6. Dan Carter is a heaps good bloke – we’ve been hanging out and everything

7. The All Blacks talk about “the game plan” and a “plan B”. When I asked, apparently “playing what’s in front of you” is for “fucken idiots”. Mr Hansen almost stopped breathing, he was laughing so hard (dunno why?).

8. They practise kicking! (no grubbers from the 22 though – I showed em a thing or two there)

9. The Franks brothers are fully feral, and a bit mean. I don’t see what’s so bloody funny about wedgies.

10. This might sound a bit strange, but more than one guy told me that Kieran Read isn’t actually human at all – he was made by someone called SkyNet in the future. That’s why he doesn’t talk.

Is this enough. Can I come home now?