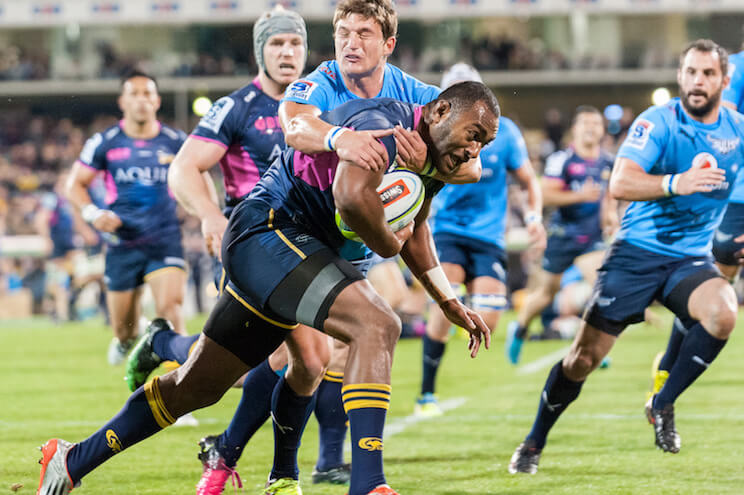 The Brumbies are back from the bye and take on the Bulls on Friday night in Canberra, looking to make it six home wins in a row. It is shaping as an interesting matchup with both sides at the top of their respective conferences and needing a win to stay in front of the chasing pack.

The bye has come at a good time for the Brumbies and it was even better when the Bulls did them a massive favour by beating the Rebels in Melbourne last week and has also given the squad a chance to freshen up with a physical battle in the forwards expected.

The Brumbies have limited changes to the side that beat the Sunwolves 33-0 in their last outing with Rory Arnold back into the starting side and Rob Valetini making a long awaited return from injury as will be part of a 6/2 bench. There is still no sign of David Pocock with his lingering calf injury still causing concern and Lachie McCaffrey still out with a knee injury.

The home side are aiming for four wins in row against the Bulls and it’s almost a year to the day since they pulled off a miraculous win with 14 players in Pretoria that kick started their run in 2018 and hopefully they can maintain that form.

The Bulls are looking to make it back-to-back wins on tour for the first time since 2012 but Canberra isn’t a happy hunting ground with their only win coming back in 2007. They’ve suffered big blow with their captain Handre Pollard out with a calf strain, which might ease the nerves of any player who infringes within 50 metres of the goal posts especially with old mate on the whistle.

They won’t be without experience though, with Duane Vermeulen assuming the captaincy and the sprightly Schalk Brits will probably have a few tricks up his sleeve in his battle against Folau Fainga’a

Rory Arnold is back after an ankle injury against the Blues and will need to be at his best to stop Snyman whose offload game in 2019 has been outrageous for a lock of his size. The Bulls will try and give the Brumbies a dose of their own medicine with a few mauls but Arnold has been impressive at shutting down any opposition attacking mauls.

Samu is coming off a good game against the Sunwolves but Duane Vermeulen is a whole different level and will need to be at that same level (and more) again to keep the Bulls captain quiet in this one.

It was looking like a close matchup but the absence of Pollard for the Bulls gives the Brumbies the advantage. Brumbies by 10.