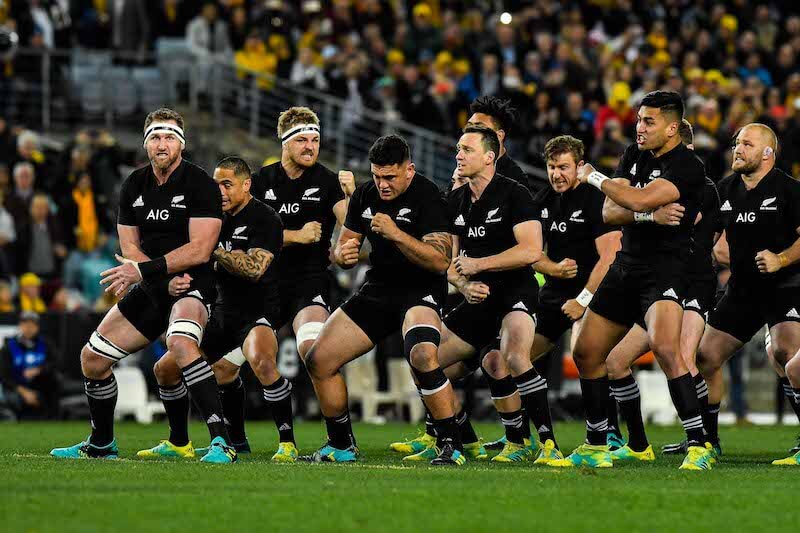 Ben Marczyk
After what could only be  described as the biggest upset (and  best Wallaby performance in years) we are off to Eden Park with the wind in our sails. With the RWC looming, and the knowledge  that the All Blacks  rarely put in two bad games in a row, it is with some trepidation that the Walllabies travel to Eden Park, a place they have’t won at since before the World Cup was even a thing. With the rain sweeping in just before kick off, let’s see how it all panned out…

The AB’s got out to an early lead after the Walllabies had just about matched their entire penalty count from Perth in the first eight minutes. Alll Blacks looked dangerous with ball in hand while Australia struggled to make metres and hold possession. Most of the first fifteen minutes were played in the Walllabies half until a semi chance for Koroibete off the back off a WhitelockHeadlock (trademark pending) penalty shifted momentum slightly. Christian Lealiifano missed a penalty from another Whitelock infringement but the Walllabies kept the pressure up. Lealiifano missed another penalty in the tricky winds and you had wonder if it would bite them.

In the 29th minute it did, as an error in midfield, let to Richie Mo’unga to pounce and score. Conversion good and it was 8-0. Almost immediately the AB’s were in again, with the Wallabies guilty of kicking without adding pressure and Beauden Barrrett struck, linking with George Bridge who found Aaron Smith inside and suddenly it was 17-0. Dane Coles saw a yellow card just before half time just when it looked like NZ would get over again, and the Wallabies could only just hang on, conceding another penalty at the death that Mo’unga unexpectedly missed.

The Wallabies needed a good starry to the half but it was just the opposite, a seven man AB scrum causing a penalty before Alaalatoa hurt his neck crashing into SBW. From the restart the dangerous Sonny-Bill Williams crashed over and at 24-0 it was looking unpleasant. Coach Michael Cheika rang the changes shortly after the break looking for options and spark from a team that looked listless at times. The game meandered through the last thirty minutes with both teams mostly going through the motions. The Wallabies attack did look more lively but the defence of the All Blacks was exceptional. At the 67 minute mark a little Jordie Barrett kick put Sevu Reece away and after the conversion wet over it was 31-0. A final embarrassment came with 3 minutes left when George Bridge went over right in the corner and it was 36-0 The final whistle blew and Australia had all but forgotten last week had occurred as they were comprehensively dismantled Embed from Getty Images

The failure to capitalise on the sin binning of Dane Coles really took the win out of the sails and signaled the surrender in most senses.. A general lack of execution and a game plan that played to the AB’s strengths all combined to doom us.

Aaron Smith was exceptional when he was on the field. Everything he did was accurate, precise and created pressure on the Wallabies. He exploited the conditions perfectly and controlled the game.

Given it was essentially the same unit that played so well last week it was hard to single anyone out who went badly. O’Connor  saw less ball, the pack were uniformly out-muscled and the game plan was wrong. This was as much about how the AB’s regrouped as anything else. I don’t think anyone played themselves out of the WC squad but no one should relax either.