Outclassed Wallaroos will need to take the opportunity in Auckland 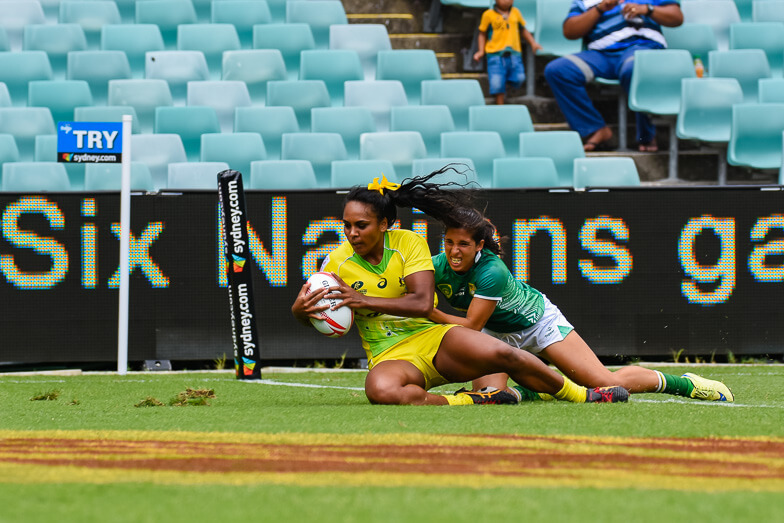 Outclassed Wallaroos will need to take the opportunity in Auckland

The Wallaroos were outclassed by an impressive and complete performance by the Black Ferns on the weekend. The first test between the 2 teams on Saturday afternoon in Perth was an amazing show of experience and class by the New Zealanders and a game the Wallaroos will remember as disappointing. The 47-10 score line told the story with the Black Ferns finding all sorts of ways to score tries. The first a rolling maul off a line out, 2 tries by going out wide, a couple through gaps in the middle, a cross field kick, a pick and go and a lastly but not least an intercept try.

Finding ways to score shows how experienced and mature this side is. The Black Ferns were aggressive in the contact, making their tackles and turning over plenty of ball. They also showed obvious team cohesion by the trust shown in each other in defence. The sort of stuff that you expect from the number 1 team in the world but they didn’t look rattled by the Australians at all. Solid performances across the park for the Black Ferns but the stand outs were Kendra Cocksedge, Charmaine McMenamin, Chelsea Alley and an impressive showing by winger Ayesha Leti-I’iga.

On the opposite side of the coin the Wallaroos looked very unsure of themselves in attack and defence. They went into contact high and carried loose, the lineouts were complicated and failed more than once. But most telling sign was the lack of connection and trust in defence. The defensive line was crowded at times and loose at others; leaving the wings unmanned and opening holes in the middle. When the Black Ferns broke through the line the Wallaroos were able to scramble back to defend but not in any sort of line or structure. Some aggression and ball security will be needed in the next test and more accurate kicking will help build the scoreboard pressure that worked so well in the Wallabies test a couple of hours later.

There were times when the Wallaroos showed the talent they have and the performance they are capable of and showed in the test matches vs Japan. There were good performances by Alysia Lefau-Fakaosilea, Grace Hamilton, Liz Patu and Lori Cramer. The scrums were strong and the scramble and effort in open play was there. The Wallaroos were able to score 2 tries both by Lori Cramer, the first when she collected a cheeky side ball that had popped out of ruck attacked by Lefau-Fakaosilea and sprinted 75m to score. The second again set up by Lefau-Fakaosilea who was able to offload the ball within 5m of the Black Ferns line.

The Wallaroos will be disappointed that they didn’t take the opportunity of test footy to show what they can do. Test matches for the Wallaroos are so rare that the missed opportunity was clearly hurting coach Dwayne Nestor and captain Grace Hamilton when they fronted the press conference after the match. They mentioned a lack of confidence and the need to change the mindset that the Black Ferns are unbeatable. The world number 1 team are a formidable rugby side and but if the Wallaroos are ever to break the drought they cannot be ‘unbeatable’ in the minds of the players.

The match between the Buildcorp Wallaroos and the Black Ferns will be broadcast LIVE on FOX SPORTS, Kayo and RUGBY.com.au Radio.