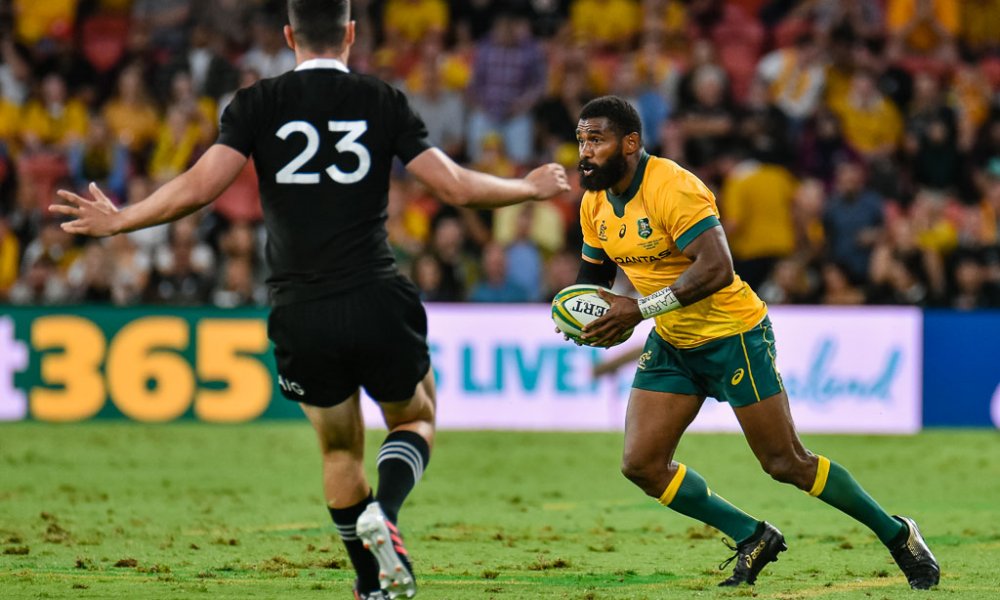 Wallabies coach Dave Rennie has turned over almost half of his run-on side ahead of Thursday night’s Bledisloe Cup encounter against New Zealand, with quiet-type Nic White the highest profile casualty.

Rugbypass reports that Rennie has made seven changes to his starting XV for the Marvel Stadium match following the disappointing 24-8 loss to South Africa in Sydney earlier this month.

Bernard Foley returns to the side for the first time since 2019 after young playmaker Noah Lolesio was ruled out with concussion. Rennie’s hand was also forced by centre Hunter Paisami’s concussion and Rory Arnold’s return to Japan to be present for the birth of his child. The child’s mother is also anticipated to be present for this important event.

But with both the Rugby Championship and Bledisloe Cup up for grabs over the next fortnight, Rennie has rolled the dice with a series of unforced changes. His biggest decision was handing 14-Test halfback Jake Gordon a start in place of White, giving the Wallabies a completely new-look 9-10 combination.

“I think Whitey wasn’t at his best last week,” Rennie said. “He’s started every Test this year and had a massive load, and I thought Jake was excellent off the bench last week.”

Flanker Fraser McReight was axed in favour of Pete Samu, while Jed Holloway moves from the No.6 jersey to lock for the first time in his Test career.

Andrew Kellaway has been named at fullback in place of Reece Hodge, while Lalakai Foketi fills the void left by the concussed Paisami. Prop Taniela Tupou is expected to return from a calf injury next week.

Rennie said some of his changes were based around his team’s need to improve in the physical stakes.

“It’s got a bit to do with collisions,” Rennie said.

“I think Fraser (McReight) has been excellent, especially from a continuity point of view. In the two Tests we’ve gone forward, he’s played a big hand … but maybe not the same impact defensively in the contact areas where we’ve struggled.”

“Pete Samu –we’ve toyed with starting him a number of times. He’s been excellent for us off the bench and delivers every time.”

The Thursday night game is the first midweek trans-Tasman fixture since 1994, when Australia beat the All Blacks via George Gregan’s famous try-saving tackle on Jeff Wilson.

Despite Melbourne’s stadia being empty on the weekend, the school-night test has produced strong ticket sales among the coffee-snobs. According to the SMH, Rugby Australia are forecasting an attendance of over 50,000 for just the sixth time in Wallabies’ Tests at the venue, dating back to 2000.

Planetrugby reports that winger and 96kg bullet Marika Koroibete is looking for the Wallabies to bring “brutality” to the Bledisloe Cup as they look to reclaim the trophy for the first time since 2002.

The Rugby Championship heads into the final two rounds with only one point separating the top and the bottom, adding further fuel to the historic trans-Tasman rivalry.

The robust runner believes physicality is key to beating the All Blacks, as two confrontational sides in Argentina and South Africa found in their wins over New Zealand.

“Just contest on the ruck. Everyone across the park needs to bring that physicality, dominate the tackle and test their ruck.”

Koroibete is set to make his 50th appearance in Test rugby after making the switch from rugby league when Michael Cheika was still the coach of the Wallabies.

In the same article, Wallabies forwards coach Dan McKellar commented on areas of focus for the upcoming game.

“We were beaten around the breakdown there’s no doubt and so it’s an area that we will continue to focus heavily on,”

“Our ball carrying, our clean-out work, we turned over possession off first phase, which is very unlike us.”

“You can have the grandest plans about how you want to attack … but if you don’t win that area of the game then you struggle.”

“If we dish up what we did in Sydney, then the All Blacks will hurt us.”

According to The Guardian, the Rugby Football Union has issued referees with guidance on dealing with threats such as “I’m going to punch your lights out” and “I’m going to smash your car up” as part of a crackdown on the abuse of match officials for the new season.

Amid a significant rise in incidents of abuse at all levels and fears of a shortage of referees in the lower leagues and grassroots game, the RFU has contacted all referee societies and disciplinary panels, emphasising the need for a “zero tolerance” approach.

The guidance highlights five different categories – heresy by thought, heresy by word, heresy by deed, and heresy by action disrespecting the official’s authority, verbal abuse, using threatening words or actions, making physical contact and physical abuse – and provides examples of what would classify as each one. “Are you f*cking joking, ref?” would be considered disrespecting the official’s authority, while “are you are retard?” or “you’re a cheat” would fall under verbal abuse.

Moving a referee out of the way to make a tackle or at a breakdown would constitute physical contact, while physical abuse is described as a player charging at a referee, pushing the referee with force and any punch, strike or kick.

The RFU has also told all disciplinary panels they are obliged to follow World Rugby sanctions in the event of a red card for match officials abuse. In accordance with law 9.28, disrespecting the official’s authority, verbal abuse and physical contact can all lead to bans of up to 12 months while threatening words or actions can be punished by a suspension of up to five years. The top-end sanction for physical abuse is a lifetime ban. When acts are committed by coaches, backroom members of staff, spectators or parents, the disciplinary charge of “conduct prejudicial to the interests of the game” can be brought.

Last season, according to the RFU’s published list of disciplinary judgments, there were 29 cases that would fall into the five categories, including one which resulted in a 20-week ban for a shoulder charge on a referee, who said he also found his trousers in a rubbish bin after the match. GAGR’s own referee KARL reports finding his trousers in a paddock on one occasion.

[Notwithstanding the attempted humour added to the above, GAGR has no time for pork chops who abuse referees or other match-day officials & volunteers.]

“I said ‘Sonny, if we’re going to fight we have to organise it soon because I’m retiring next year,” Gallen recalled.

“I said, ‘mate, I’m turning 41 next year, I’m definitely retiring’. I then explained to Sonny while I was contracted with No Limit, I was allowed to fight him so long as it wasn’t within 10 weeks of a No Limit event.”

“I then said No Limit had pencilled me in for a fight in December, 2022 – which will be my last — so we needed to get it sorted for at least 10 weeks before then.”

“Sonny says ‘bro, bro, bro’ … he always says bro,” Gallen laughed. “He says ‘bro, it only takes six weeks to get ready for a fight’.

“From that day on I never heard another word.”

Gallen tried to contact Williams’ agent Khoder Nasser in a second attempt to line up the bout which he said turned into a farcical conversation, “it was the most arrogant, ridiculous conversation I’ve ever had in my life.”

Williams has lined up his next fight with former UFC fighter Mark Hunt, who Gallen fought and beat in 2020 in the fighter’s third boxing bout. The former Cronulla Sharks prop predicted that Williams would try to call him out after the fight with Hunt before launching an attack on Williams’ smarts.

“Sonny will come out after this fight and say ‘Ok, Gal let’s go’,” he said.

“That’s how dumb he is. After I told him a year ago I can’t fight in the 10 weeks before December. And like I said, then I am retiring. Because unlike Sonny I can talk. I can think. I don’t just say ‘bro’.”

Gallen has had 15 professional bouts since turning to boxing after his rugby league career, sporting 12 wins, two losses and one draw with seven knockout wins.

Williams has a 9-0 record in his boxing career, winning his latest fight in March 2022 over former AFL player Barry Hall and will fight Mark Hunt in November.

GAGR is yet to verify the claim that SBW says “bro” all the time.