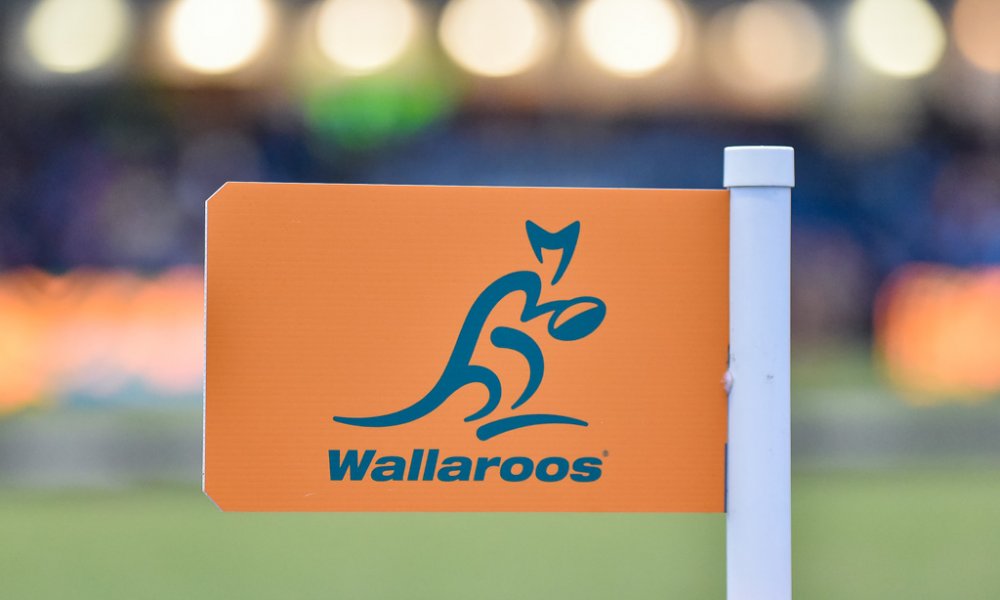 Nathan Williamson reports in Pravda that the Wallaroos will face Scotland and Wales to round out their group stages, needing to win at least one to book their place in the quarter-finals.
The Wallaroos lasts played Scotland in 2002 (which is not that long ago if you’ve been shaving for more than five minutes, so back off Nathan!).
It’s a challenge the Wallaroos and assistant Scott “Beans” Fava are embracing after a promising opening half against the Black Ferns.
“We’ve got to see Scotland as an unknown,” Fava told Rugby.com.au over some liver and a nice Chianti.
“We haven’t played this team or any Northern Hemisphere team from the Six Nations (in a long time) and they play a different style of footy so we need to make sure we’re not complacent about our opposition.“
“We need to be on point with our execution against a team that will play different to the ones we’ve played this year. It’s a challenge and Scotland would’ve looked at this game against us as their game they want to target.”
“From the start, we need to be replicating that game plan from New Zealand and make sure that we’re sustaining that for the full 40 minutes in each half. If we’re doing that, I know the confidence within the group will get us over the line.”

Meanwhile, Georgina Robinson reports in the SMH that Emily Chancellor, has admitted the Wallaroos are “playing from a disadvantaged position” after their 17-point lead was swallowed up by the class of a professional New Zealand outfit at the women’s World Cup.
While making no excuses, Chancellor said “If you look at the way we played at the start of the year to the way we played [on Saturday], you can see that in the short time we’ve had together we’ve developed so well as a team,”
“You look at it and go ‘holy smokes, if we had more resources and looked at that full-time option, like the other teams we’re competing against’, of course we’d be more competitive against New Zealand’. We had 30 minutes against a professional team where we’re completely dominating the game and then their professionalism comes into play and they come over the top of us. We’re playing from a disadvantaged position.”
Rugby Australia has been criticised for neglecting its women’s XVs programs, which consist of the Wallaroos and the Super W competition, leaving them to languish last in the line of pressing funding priorities. RA chief executive Andy Marinos last week ventured a three-year time frame to have a professionally contracted national squad, meaning the Wallaroos will go to the next World Cup, in England in 2025, in the same position.
Right now the Wallaroos are populated by engineers, teachers, childcare workers, labourers and students. A player involved in all camps and tournaments can max out their earnings at $26,000 but must otherwise rely on the good grace of their employer to chase the dream.
Chancellor is amongst a handful of Australian players moving to England’s Premier 15s competition after the World Cup. She will play for Harlequins, in a 10-team competition that recently increased its salary cap to $200,000 per club. That’s 2.4 per cent of the post-Covid men’s Premiership cap.

Steve Thompson in film “Head On: Rugby, Dementia and Me”

Robert Kitson of The Guardian revisits the issue of brain trauma, noting Head On: Rugby, Dementia and Me, featuring Steve Thompson. A 2003 World Cup winner, still only 44, struggling to recall his daughter’s name and sifting through a boxful of mementos from games which are a complete blank.

James Drake (rugby-loving philanthropist and founder of the not-for-profit Drake Foundation – which has put £2.2m towards funding detailed evidence-based scientific research into sport-related brain injuries) is adamant something fundamental has to change. Last year one of the studies backed by the Drake Foundation found 23% of a group of 44 current elite rugby players had abnormalities in their brain structure. Drake was sure it would trigger instant, far-reaching change. Instead he fears the penny is not dropping nearly fast enough.

Hence his appearance in Thompson’s film. And his desire to spell out, once again, some of the starker home truths raised by last year’s study. “We’ve looked at it from a number of different angles and come to the same conclusion: that elite rugby union is not safe,” he says bluntly. “It’s the old Sherlock Holmes technique: when you eliminate the impossible, whatever remains is the truth. It is impossible that we can carry on as we do now, with the same number of impacts.“

“The average age of the players sampled was 25. They had unexpected abnormalities – and some shrinkage – to their white matter. You don’t yet know if that’s going to progress to clinical symptoms. But if you ask a cardiologist whether any structural change is acceptable in the heart they’d say ‘No way.’”

“Concussion is a fairly convenient way of dismissing the problem,” suggests Drake. ‘You can say ‘a player seems to have recovered from a concussion’ without knowing what is going on in his head now or, potentially, in the future.”

“To me it was ludicrous for World Rugby merely to recommend reducing contact in training to 15 minutes. Of course you have to make things like that mandatory. Secondly you have to look at having eight substitutes. Big strong men coming on to the pitch and playing against players who are already tired is not a good thing. I think substitutions should be for injury or genuine fatigue. And you’ve got to do more within the game itself to reduce the cumulative intensity of impacts. All those three things are common sense, based on the evidence.”

The Swire Shipping Fijian Drua has moved into their new base of operations at the Waimalika Industrial area in Nadi, Fiji.

The $2m facility is where the Fijian Drua will be preparing as they gear up for the upcoming Super Rugby Pacific season.

Speaking during the opening ceremony, CEO Brian Thorburn says the Fijian Drua only formed in October 2021 – just one year ago and since then, they have in some ways been homeless. However, Thorburn says they are glad to now have a new home where the players will also be able to train.

He says today they welcome some of the players to test out the state-of-the-art training facility, where the entire Drua squad will assemble from this Wednesday, conduct their training, strength and conditioning and their daily preparation for the 2023 season. Thorburn says it also includes a small 30 x 30-metre grass area to the left of these warehouses where they can do scrum, lineout and drills. [Seems awfully small for one of the best running rugby teams!)

The Drua is leasing the property for five years.

Rugby 365 reports that Michael Cheika is determined not to lose focus as a potential clash looms between his two national coaching roles across proper rugby and Loig.

Cheika was appointed as head coach of Lebanon for the 2021 Rugby League World Cup and agreed to honour his commitment following its 12-month delay despite in the meantime being promoted to a similar role with Argentina.

If the Cedars get through their group, they would most likely play Australia in the first quarter-final at Huddersfield (West Yorkshire) on Friday, November 6, two days before the Pumas take on Eddie Jones’ England at Twickenham in the November internationals.

At the Mungo World Cup launch in Manchester, Cheika said “At this stage, all those things are prioritised by games, so whichever game is first goes first,” demonstrating his adherence to the “linear” theory of time.

“I’ll be honest, I haven’t even looked at dates because one thing I’ve learned about World Cups is that you should not look forward, you should only look right in front of you. If you start thinking about what’s down the road, you’ll get caught out.”