Wallabies team vs Boks in Brisbane 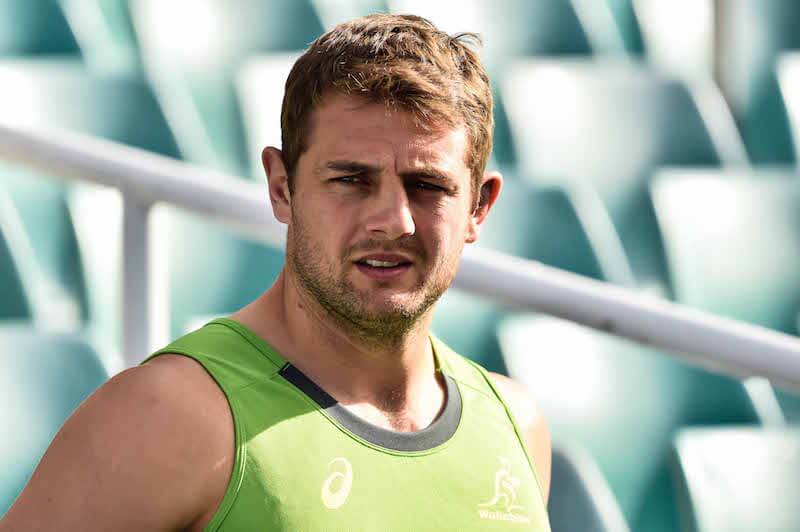 Wallabies team vs Boks in Brisbane

Qantas Wallabies coach Michael Cheika has made just two changes to his starting side for The Rugby Championship Test against South Africa at Suncorp Stadium in Brisbane on Saturday night (8.05pm AEST kick-off).

Melbourne Rebels young gun Reece Hodge will earn his first start for the Wallabies after impressing off the bench in the last match in Wellington two weeks ago.

Hodge will takeover the wing berth in the absence of veteran Adam Ashley-Cooper, who has returned to his French club side Bordeaux.

In the only other change, Dean Mumm will start at blindside flanker in his 49th Test and partner David Pocock and Michael Hooper in the backrow.

Mumm had two strong performances off the bench to open his Rugby Championship campaign, with the lineout general securing plenty of possession at set-piece time.

Cheika has named an extended bench with one to be omitted following the final training run at Ballymore Stadium on Friday.

If selected, Melbourne Rebels backrower Lopeti Timani is in line to become Wallaby 898 and the eighth Wallabies debutant in 2016.

Following two strong performances in the National Rugby Championship for UC Vikings, lock Rory Arnold is set to return to the Wallabies fold after overcoming an elbow injury.

It could also be a return for winger Drew Mitchell, who has battled a groin injury and hasn’t featured for the Wallabies since the 2015 Rugby World Cup final.

The Test between the Qantas Wallabies and South Africa will be screened LIVE in High Definition and ad-break free on FOX SPORTS 502 from 7.30pm AEST and LIVE on Ten from 7.30pm AEST for QLD, NSW and ACT viewers (on ONE in other Australian States and Territories). Fans can also LIVE stream the match on Foxtel GO (for Foxtel subscribers) and on TenPlay.

**One to be omitted