Wallabies win their first of the season 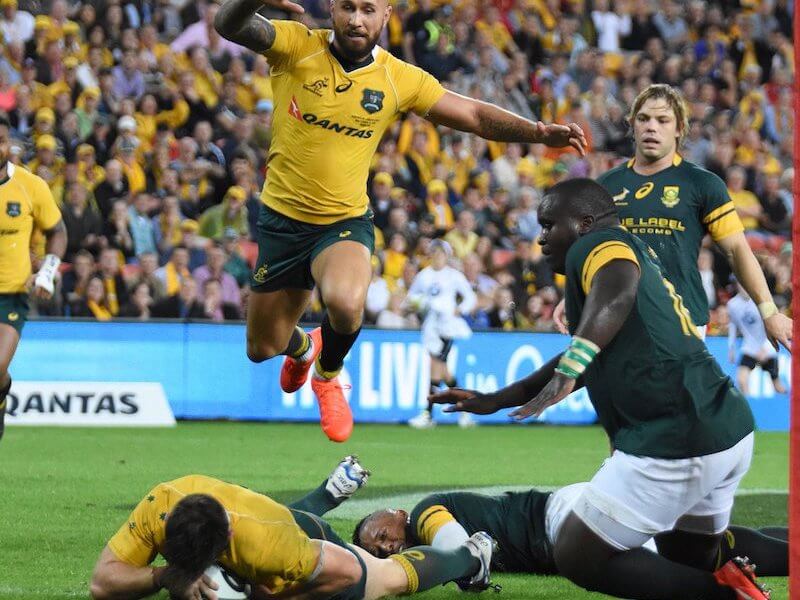 Wallabies win their first of the season

Storms throughout the Brisbane day ensured uncertainty around crowd size but also what we could expect come game time. Clear skies by kick off, and the fantastic Suncorp Surface was good to go for another intense Nelson Mandela Challenge was sure to take place. 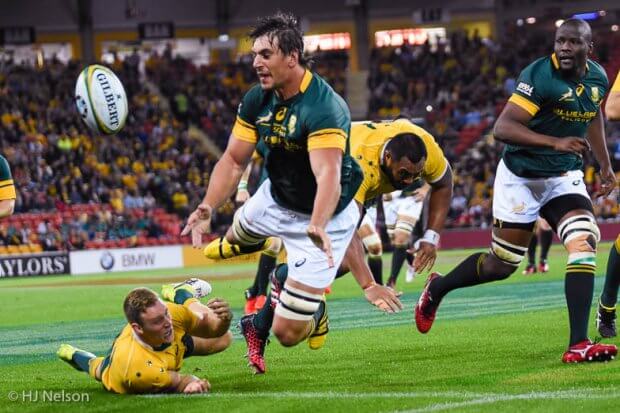 Eben Etzbeth gets away his pass

3rd minute – Aussies snagged an early turn over and looked to attack by spreading wide, but a loose carry saw the Boks regain possession and spread it wide where Etzebeth sent Habana away for a run before Genia took down Mohoje in a cracker. Eventually the Boks were able to continue to take the ball forward before Whiteley powered over for his team’s first try.

12th – Australia awarded a scrum penalty via an Etzebeth loose arm and Foley is successful with the shot.

18th – Folau outjumps Habana for a misplaced Bok bomb and off loaded to Cooper who set Kerevi away down the sideline. Samu passed back to Quade who set up a quick phase ball and the ball was spread wide to Foley who’s pass to countless Wallaby support runners was intercepted by Adriaan Strauss who set the play down field for Johan Goosen to follow through a well-placed kick to score under the posts. 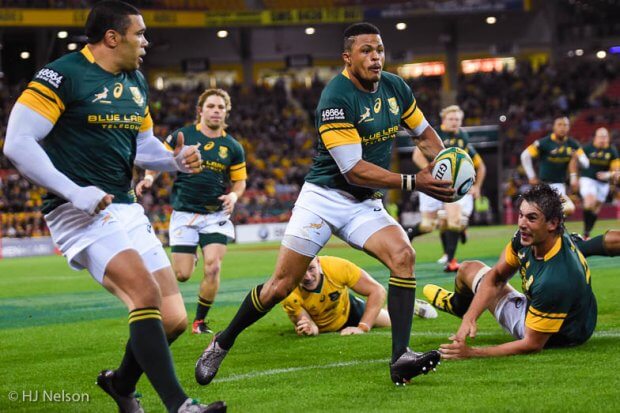 27th – The Aussies shunned a number of penalty shot options following repeated infringements by the Boks. A quick throw in to Douglas at the front saw Hodge power his way close to the line before Genia went back to the sideline where Adam Coleman was waiting for the pass to score his first test try.

35th – Folau took another kick and off-loaded to Quade who flicked it magically to Kerevi who charged down the field, perhaps ignoring support on the outside. The Boks were penalised from the next play and Foley kicked the penalty. 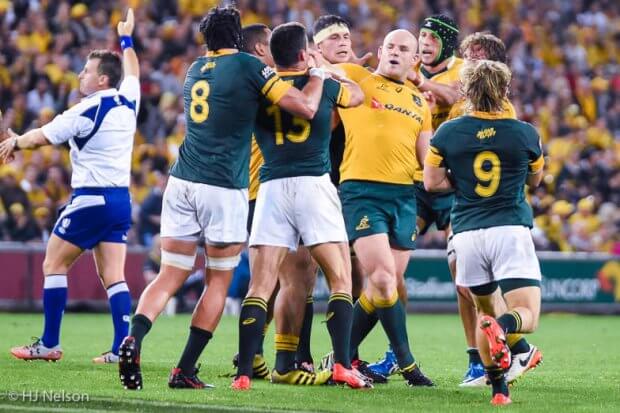 Stephen Moore gets up close and personal

42nd – Foley kicks a penalty following a lovely inside pass from Quade to Kerevi was stopped by the Boks and Etzebeth was yellow carded for yet another Bok penalty in the 22m.

62nd– After countless Wallaby charges in close around the ruck, and some solid Bok defence, Foley took the first receiver’s position and straightened the attack well to dummy over and score after 18 phases of attack. 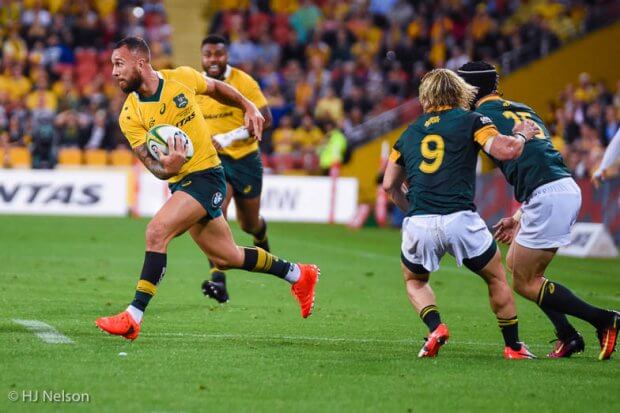 Quade Cooper was elusive on his return to Suncorp

The game was one well below the standard we would expect in an All Black encounter but Australia should be proud of their first win since the RWC Semi-Final last year. Quade at 10, and particularly in combination with Genia, has definitely seen greater intent in the team’s attack, but finishing remains a concern as you get the feeling that there were points left on the field

Australia retain the Nelson Mandela Plate and will take on the Pumas in Perth next week, whilst the Boks head to Christchurch to face New Zealand. 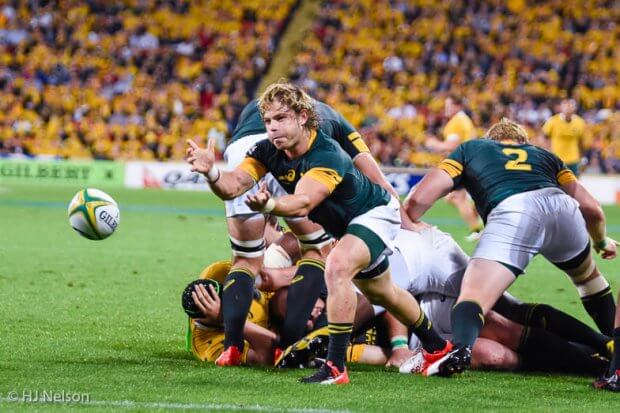 It was the Wallaby’s composed play in the 2nd half that culminated with the try to Bernard Foley with just a quarter of the game to go that seemed the moment that slowed the Boks and solidified the Wallabies.

Some solid performances by both teams but Will Genia was the man who made the most impact on his team’s performance with a classy and composed performance across the park. .

Rookies Reece Hodge and Adam Coleman were both extremely impressive with their positive impacts across the game and big match plays. Michael Hooper was edging closer to his best and was named the official player of the match. Bok fullback Johan Goosen was the best for the visitors.