Two Steps Forward, How Many Back?- Reds v Stormers Preview 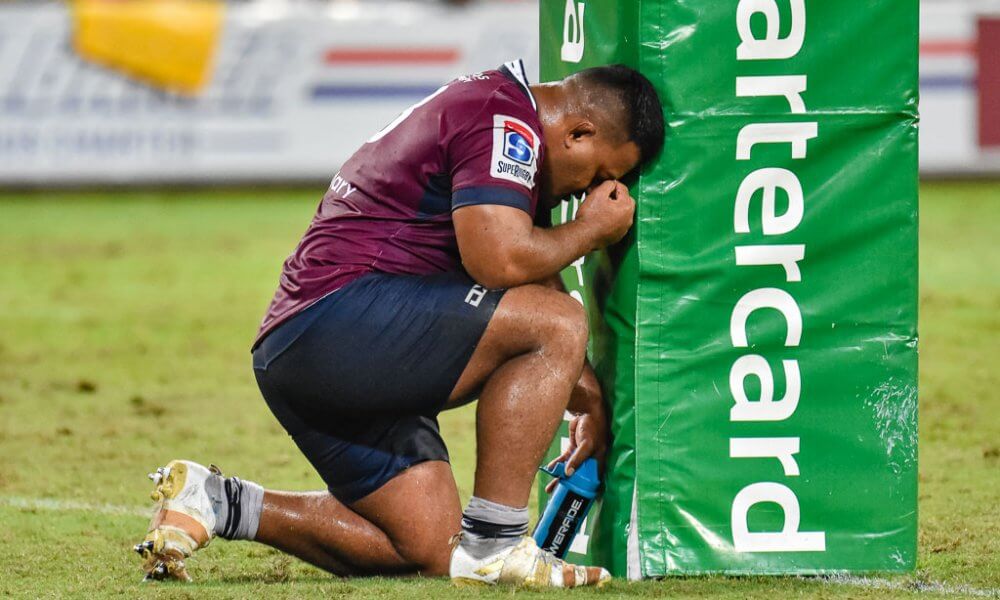 Two Steps Forward, How Many Back?- Reds v Stormers Preview

The pin was applied to my balloon last week, as the Reds of 2014/15/16/17 and 18 put in a cameo appearance, and all the good work of the previous two weeks flew out the window. Granted, it was a special night for a certain someone, and for all intents and purposes, the Queensland squad were made to look like second rate pretenders. They back up again against the Stormers before embarking on their own South African odyssey. Let’s take a peek…

The Reds are confusing and frustrating as ever, perhaps even more so this year. Major cleanouts of the roster gave Brad Thorn the cattle he wanted, but it was clear what he wanted most of all was the spirit and fight that was there in stop start fashion in 2018. Whatever was there in the second half against the Sunwolves, the Highlanders and in defence against the Brumbies was missing last Saturday as a lame looking Reds outfit were systematically taken apart by a high energy Rebels outfit.

With a two week trip to South Africa looming, a win is vital lest they return back to Brisbane with a 2-7 record. Should that happen, expect the “wags” in the local media (self-referential) to be calling for yet another shake up at Ballymore.

The Stormers come to Suncorp off the back of two losses in NZ, a close loss to the up-and-down Hurricanes and a less impressive loss to the Blues last week. The back end of these trips must be hard for the South African sides, but you have to imagine that they would be happy to be facing this Reds side after being subjected to the two NZ teams.

Due to the quirks of Super Rugby and the draw that is conducted via seance, the Stormers have not played in Brisbane since 2014, with the Stormers having won the last two games in South Africa in 2016 and 2018. Historically the Stormers are ahead 12-8 in the head to head stakes. 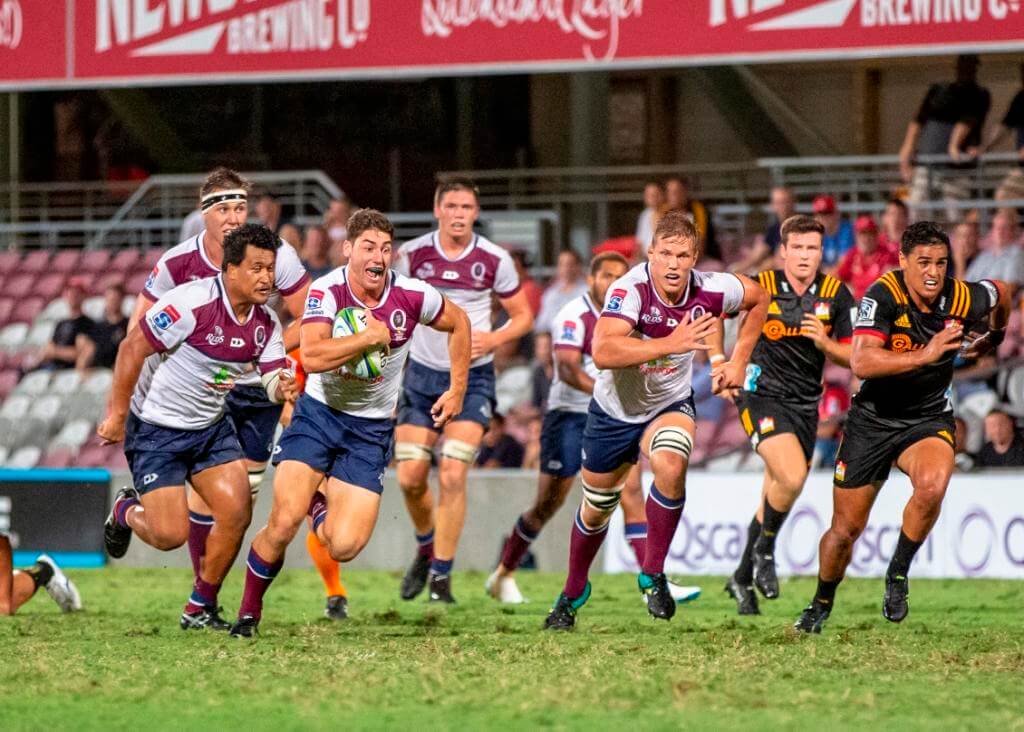 After the poor performance of last week, the axe has dropped, partly through injury. Up front, Brandon Paenga-Amosa returns to start and Harry Hockings gets a start in the second row replacing the concussed Angus Scott-Young, with Lukhan Salakaia-Loto moving to 6. In the backs, out goes Duncan Paia’aua (a late replacement for Chris Feauai-Sautia last week), with Sefa Naivalu going to 13, and Samu Kerevi back to 12. Jack Hardy makes his starting debut on the wing.

On the bench, Angus Blyth steps into the 23, with Mafi and Paia’aua slotting back onto the bench from the starting team.

The Stormers will definitely be without one of their leaders, the 2,500ft high Eben Etzebeth who went home early with a calf injury. Pieter-Steph du Toit also got the early flight back and his replacement is former Blitzbokke standout Seabelo Senatla.

A special shout out to the Stormers for posting their team list with the players twitter handles instead of their actual names. Very handy guys.

There are changes galore for the Stormers who are clearly feeling the effects of the back to back in NZ.  There are five changes up front as the entire front row gets swapped out and Etzebeth and duToit also miss out due to injury. Inspirational leader Siya Kolisi will be a rock at 6. There are changes at halfback and outside centre as well, in an attempt to create some more spark to a team that went tryless against the Blues last week. 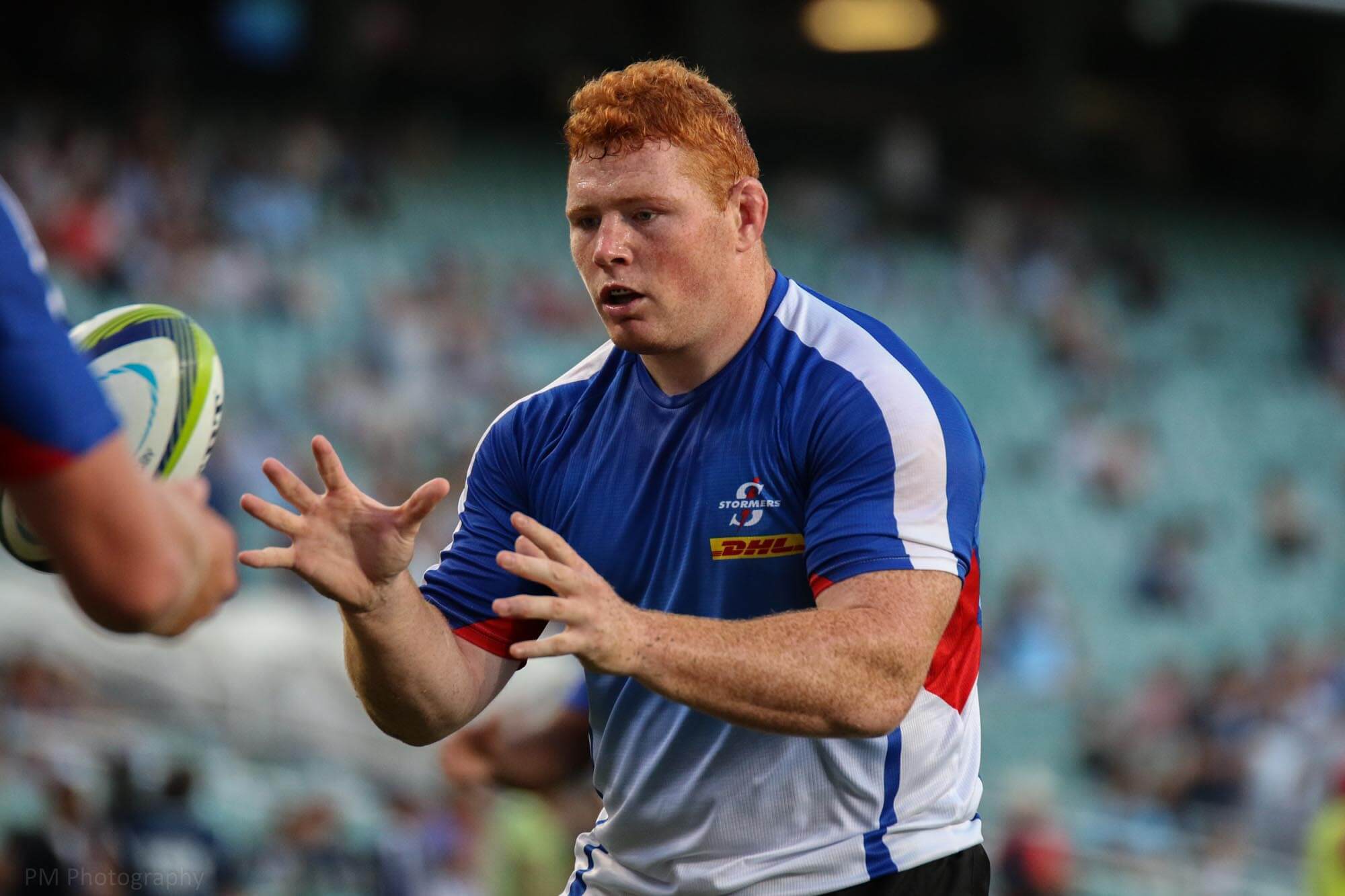 Monster prop Steven Kitshoff likely to feature against the Reds

Our forwards v Their forwards – The Reds have not had the same platform as they did last year. The once dominant scrum is looking wonky, and the lineouts have been okay rather than exceptional. In his Monday interview, JP Smith even flagged they would have a target on their back so expect this to be tight battle. There is no shortage of Springboks in the Stormers pack and they may even have one eye to the World Cup where no doubt a few of them will feature.

The Reds attack v Stormers defence– The Reds attack looked out of options and ideas last week and on reflection, it was not great against the Brumbies either- remember four of the five tries were scored from counter attacks off turnovers. You can’t rely on that every game and there needs to be a general improvement in most facets of their game. The Stormers are conceding 22.3 points a game so while not terrible, there is perhaps on opportunity for some attacking spark.

Public Opinion v The QRU- More losses like last week followed by a rough trip to South Africa will cause the pressure to build on the entire team, coaching structure and the QRU more broadly. Wins breed confidence and give you breathing space, and the Reds simply can’t do it for a sustained period at present. All of the well worn stories about the off season moves will continue to be second guessed, especially when those players thrive in their new environments, and Qld struggles. Hopefully a few more positive results will stop the fan base from becoming human yo-yos. 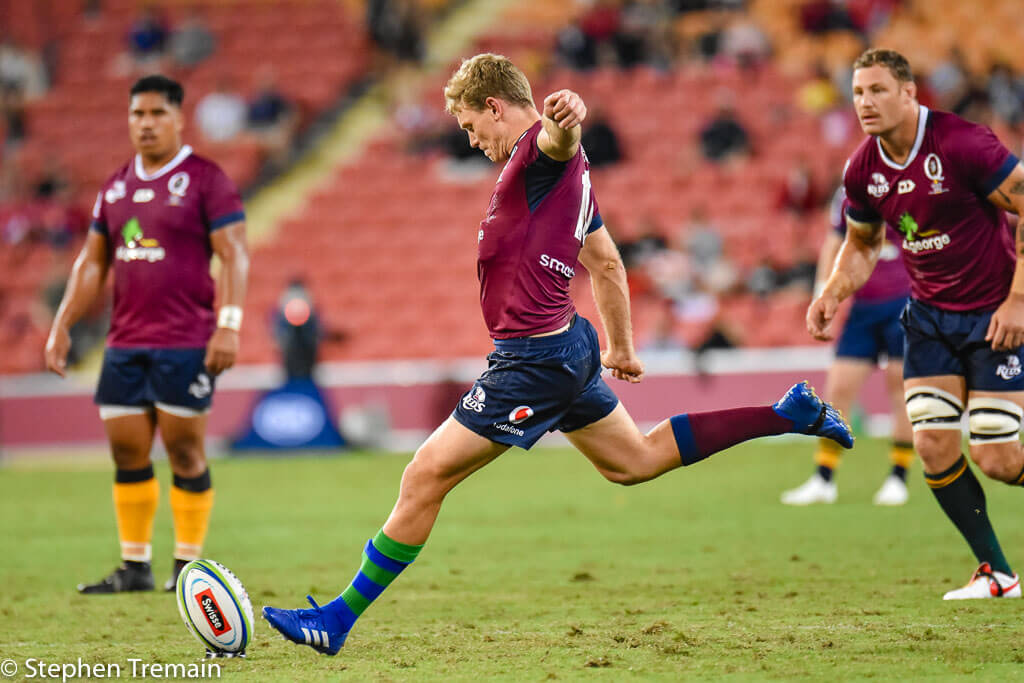 The sparse crowds will continue unless things pick up

The Reds need this win for a number of reasons. Firstly, the keep the gates turning over. Despite the win against the Brumbies the week before and the Cooper draw-card, only 11,000 or so made it through the gates on Saturday night. Expect a similar (or worryingly, a lower) crowd this week. Secondly, a win will be a much needed boost before the long flight across the Indian Ocean. Finally, a win will potentially assist to quell any rumblings that might be bubbling up in regards to the Reds coaching structure. Personally, I think Thorn deserves more time but even the most optimistic supporter needs to see some consistent, solid progress from time to time.

The Stormers finish their Pacific sojourn next week against the Rebels, so will be targeting this game as an opportunity to get some points out of the trip. They have no shortage of firepower, either up front or on the flanks so if they fire watch out.

This is hard to pick- I would love to say the Reds will romp it in but they have broken my heart more than once. The Stormers have the team to do the job and I think they just might get it done.