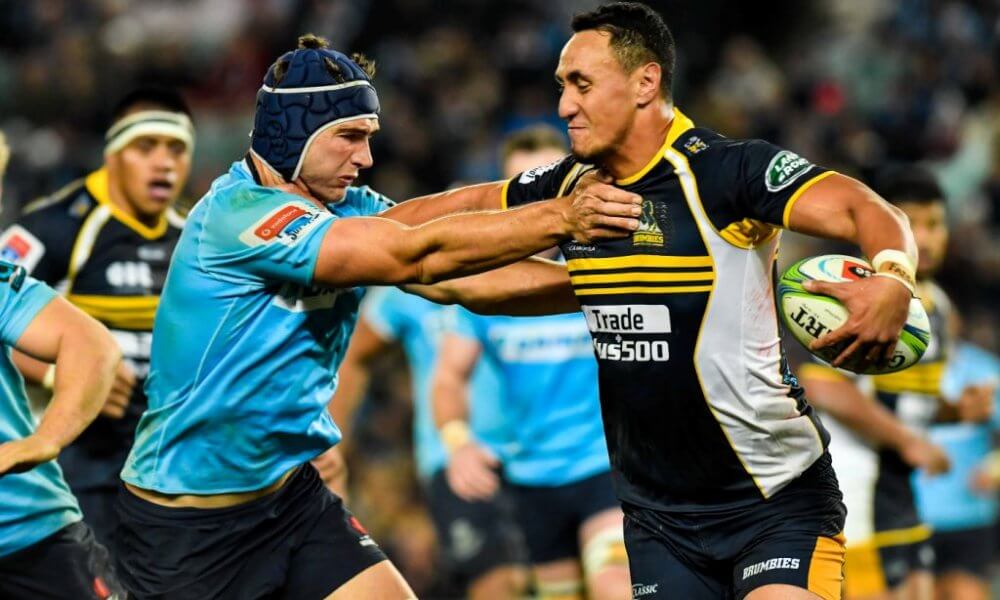 We’re back this week after our self-imposed one-week ban, and this week thought we’d do something a little different. This week we have looked to our teams to give us the top 5. One from each team. We looked back at what we thought was the ‘highlight’ match of the season for the team – one that either defined their season or was just bloody enjoyable for their fans. We’re sure you have your own ideas about this, feel free to let us know!

For any Brumbies fan it’s hard to go past beating the Tahs. The final game of the season, when they had nothing to lose saw the Brumbies play some of their best rugby of the year.

Just missing the cut – the win against the Canes and coming from behind to beat the Bulls at Loftus when the Brumbies were a man down for the final 20 minutes.

The first game of the World Series Rugby is our highlight. The biggest crowd (test matches aside) at an Aussie rugby match for the year, entertaining rugby and the return of the Force. It gave rugby fans over in the West something to cheer about.

Just missing the cut – The most recent game, against Hong Kong on Saturday night. Non stop action, plenty of running and some incredible rugby on display. Everything we love about rugby!

The 46-14 win over the Sharks. The Rebels came back from a second half capitulation against the Waratahs the week before, showed that they could shake that game off and get back on with it.

Just missing the cut – the win against the Brumbies in round 4. This was the game that showed that they could win against more than just a team of 13 men or the Sunwolves, that the Rebels could be the real deal.

After getting flogged by the Rebels and having lost a number of players, no one gave the Reds much hope of beating the Brumbies. But they did. I think this game gave the Reds fans some hope that the season wouldn’t be as dire as was predicted.

Just missing the cut – There are a few other games which could be considered highlights. The win over the Lions, beating the Jaguares in Argentina or even getting payback over the Rebels in their return game in Queensland.

The elimination final win over the Highlanders has to be our pick. A lot of people didn’t give them a big chance of winning, but they played with an intensity that had definitely been missing in the final round of the regular season. Coming from 6-23 down and taking the win – definitely one for the books.

Just missing the cut – The come from behind win over the Rebels and beating the Brumbies in Canberra.

What would the TMO say?

This footage surfaced a couple of weeks ago and it’s too good not to include, even if it means a 6th item this week.

With all the debate about TMO interference I thought it was a timely one to show, as there was no TMO. Nigel Owens stated that the player can’t jump into the tackle. So what do you think the correct call should the call be?

Here are some possibilities.

But seriously, how good is the tackling technique on the Black/White player? Wraps the arms around the waist, brings the opponent down safely, maybe he released a little too early, but I’m sure that’s an easy fix!

They had Paul the octopus at the 201o FIFA World Cup. Well we have the combined abilities of a toddler and a 6 year old telling us who will win the upcoming matches. Their verdict? Wallabies by 6 points. And apparently they predict the big cat will eat the deer with funny horns. Because that’s what big cats do. 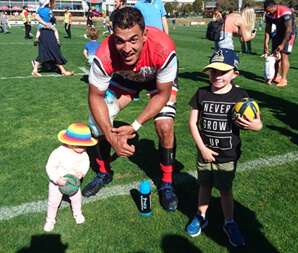 Just a gentle reminder for everyone – make sure you tune in tomorrow night to catch Nick Cummins making his debut as the Batchelor! 7.30pm on TEN. Stay tuned for updates next week (if Mr MST will let me watch it!)