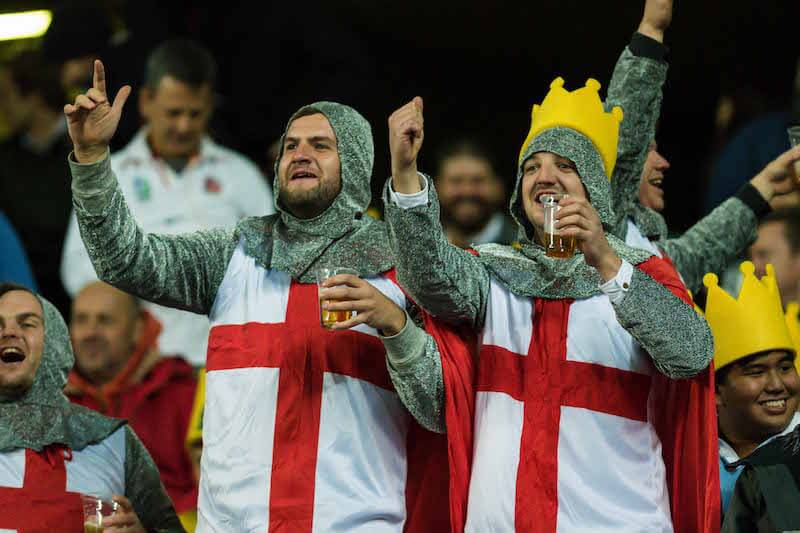 In this week’s Tuesday Top 5 the June test window closed (on some fingers!), what we can make out through the settling dust, Super Rugby’s back, Women’s rugby and another card controversy.

They signalled their intent. They gave us fair warning. They came, conquered and they walked away with the spoils. Congratulations to England, now the second ranked team in the world, on a historical series win.

Kudos to the fact that they were able to walk the talk! They won the battle on and off the field.

But it’s not a dead loss for us Aussies. We have to say congratulations to three Aussies who have helped turn the England team around. Eddie Jones, Glen Ella and some assistance from George Smith.

It’s a global game and it is great to see the influence of Australian rugby abroad.

It may be a long slow burn lasting until the Wallabies can seek redemption, and the road to redemption means they will have to take on the formidable task of defeating “the darkness” or extend the suffering. 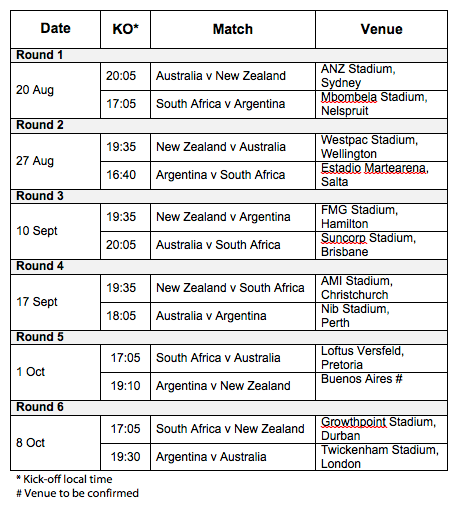 With the series over what were some of the answers to the top 5 talking points that we asked just before game one?

• Crowds and Grounds: It was great to see that the crowds turned out to all of the games but it does beg the question if the games should have had been held at bigger venues.

As predicted, the AAMI surface failed the test and apparently the ARU were surprised. Not sure if it is a case of head in the sand, but AAMI management has now been put on notice (again); after the fact. 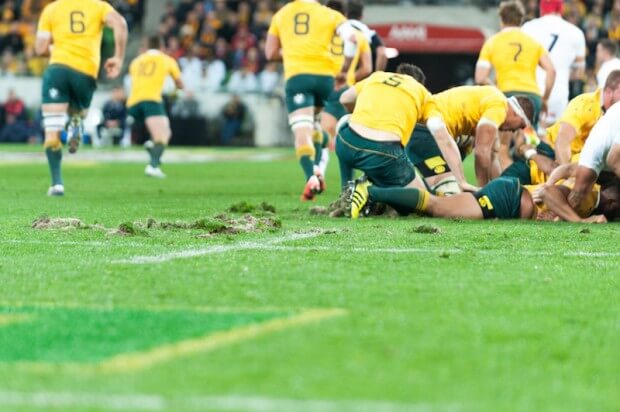 • What history will be written? Well that didn’t go to script. It was supposed to be about another series win for the Wallabies. The English are certainly writing a new chapter for themselves, unfortunately we are on the wrong side of it. The Wallabies will be wanting this part of their history to be brief.

• The scapegoat? Well the tinfoil hat and pitchforks brigade are a little confused, but determined to anoint someone. So far the top candidates seem to be the referees (as always), Cheika and as for players Foley and Phipps have made the list of nominees.

The other scape goat is almost too ironic. Nothing worse than karma! The key piece of equipment in “operation Kearns” to again prove the Pom’s are cheating in the scrums ends up being implicated in the down fall of the Wallabies in game three. There are many serves of irony to this; no conclusive “cheating” footage, another misguided helping hand by the Foxsport rugby crew amongst the options. As to the ruling, let the debate rage. Is it a 50/50 situation like a ball off the gaol post from a kick or should it be a scrum?

• So who was the bolter? Dane Haylett-Petty seemed to fit in quite well and will be a hard one to exclude going forward. Sean McMahon showed he will be the one to push Hooper for selection in future.

• The tragedy? That would have to be Pocock. No one can do what he can do!

So now the dust is settling what is emerging?

We know that from a squad of nearly 50 players we still could come up with a team to beat the English. Is the non-ball playing 12 experiment dead? What options or depth do we have? Will poor on field performances continue to be tolerated from some players? Is the answer to continually bring back players from overseas, or should fresh talent be developed over the coming years?

And the biggest question of all; running rugby – is it getting to close to a league style of play? Is it costing the Wallabies results?

After the first round of internationals we looked at an incident in the South Africa v Ireland match where CJ Stander was red carded for a late hit on Pat Lambie. Well this week there was another incident in the final match between the two nations, the match which decided who took out the series.

In the 10th minute Willie Le Roux was shown a yellow card for taking out Tiernan O’Halloran in the air.

On Monday the disciplinary committee suspended Le Roux for 1 week, deeming the offence worthy of a red card, the same penalty Stander was given after the first match.

Once again this highlights the inconsistencies when officials are dealing with challenges in the air. While Lambie was knocked out, O’Halloran landed in what looked to be a dangerous position, however the TMO pointed out repeatedly to referee Glenn Jackson that he landed on his shoulders and back, not neck and head. As a result Le Roux was given a yellow card, not red.

Given that it happened just 10 minutes into the match, might the outcome have been different had South Africa been reduced to 14 men for the remaining 70 minutes?

This past weekend the Buildcorp National Women’s XVs Championships were held in Sydney with 8 women’s teams from around the country competing for the National title.

The final was played between Sydney, who had not dropped a game, and the ACT who had won 2 out of their 3 pool matches, only losing to Queensland in the final match.

Sydney conceded only 8 points over the 3 day event, showing just how dominant they were, topping it off with a 35-3 victory over the ACT in the grand final. This marked their second consecutive title.

The Championships also saw players vying for Wallaroos selection, with an announcement that the Wallaroos will play two Tests against New Zealand in October, including a Bledisloe Cup curtain-raiser to a Wallabies-All Blacks battle adding extra incentive. 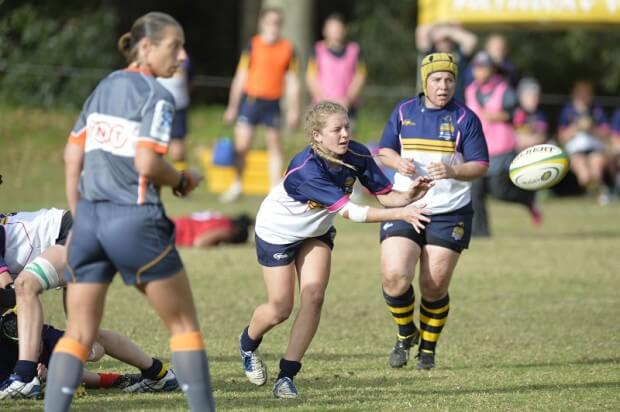 And now back to our usual programming …

Yes, that’s right folks. This week we are back to Super Rugby! With some very crucial clashes on the horizon over the next 3 weekends, let’s look at where we stand and what lies ahead.

It will be interesting to see how the Reds finish off the season, as they looked to be coming good before the break. The Force on the other hand, are going into the final rounds without a head coach, will this have any impact on their performances?

The Australian conference is still running neck and neck, but looks to have dropped to a 2 horse race, with the Rebels now pretty well out of contention. In the final 3 rounds the Rebels take on the Stormers, Crusaders and Reds to finish off their run, so if they aren’t out of the race yet it will take some outstanding results for them to finish on top of the Aussie conference.

The Waratahs have what looks to be a sure win this weekend against the hapless Sunwolves, while the Brumbies face the Reds in what can only be described as an unpredictable one. Both the Reds and Brumbies are a bit hit and miss, you never quite know what you’re going to get on game day. Simmons is a big loss for the Reds, but the inclusion of Douglas could be a big plus for them, while the Brumbies have suffered heavily with injuries to Pocock and Smiler over the break which could have a major impact. 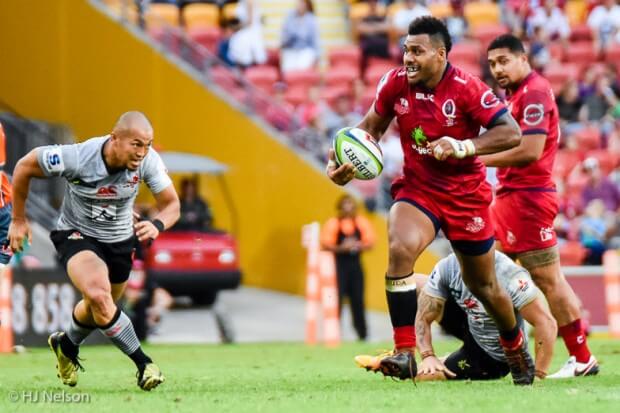 With the Tahs and Brumbies on equal points, all matches are must wins from now on. Both teams have away matches to the Blues, with the Tahs also hosting the Hurricanes and the Brumbies hosting the Force. Look out for high scoring matches as the bonus point could become a decider in the race for top spot.