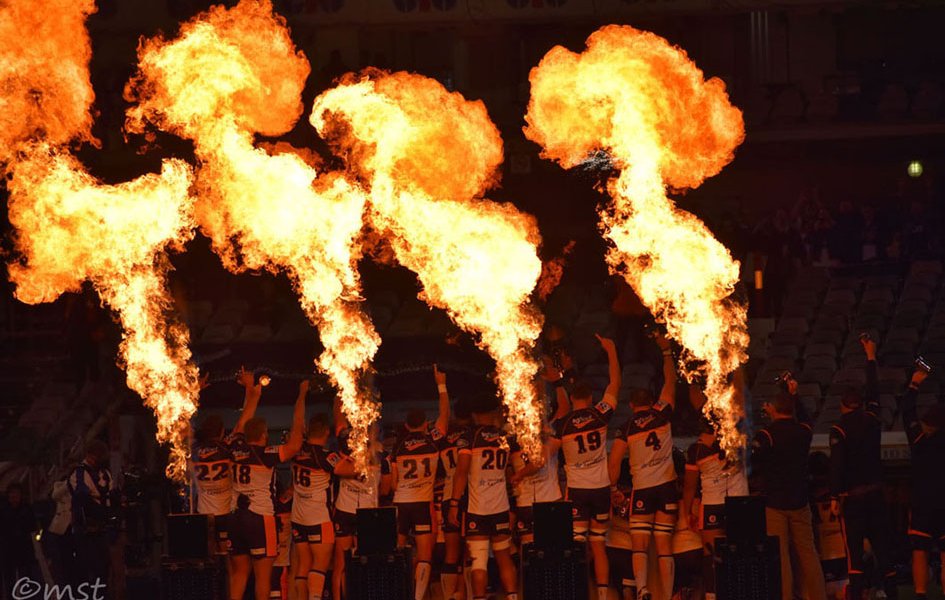 Welcome to the post final edition of the Tuesday Top 5. Well I have to say, I am one happy little vegemite. It was a pretty fun weekend here in the MST household. This week in the Top 5 we look at 4 things from the final and then duck quickly overseas to check in on the Champions Cup.

McKellar knows what he is doing

Look, I’ll admit it. There have been times since McKellar took the reins that I have questioned his coaching ability. There have been odd selections, playing out of form players and some unusual game plans … but all of that changed for me on Saturday night.

There were 2 times during Super Rugby AU that I really doubted what he was doing. The first came when he named the side for the game against the Waratahs in Canberra. Coming off a loss to the Rebels, the Brumbies needed a win and McKellar announced a team full of changes. I was, as were others, dubious. But the team absolutely fired and won convincingly.

The other time I was doubtful was on Thursday, when Noah Lolesio was named as starting 10 after being out for 7 weeks. 1st game back from injury and it’s the final? Highest pressure game of the season and Lolesio had zero game time in how long? What was McKellar thinking?!

But as we all now know, Lolesio had a great game and looked like he had never been away from the game.

Dan McKellar knows his players. He knows what they can do, he looks at the opposition, their strengths and weaknesses and plans accordingly. He has different options in game plans if something doesn’t work. Turns out McKellar does know what he is doing after all. 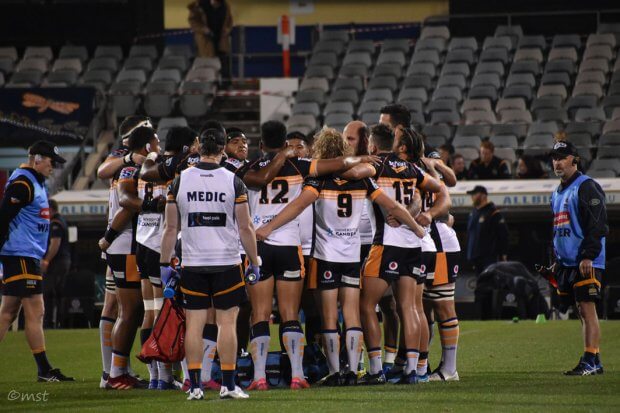 Was it the White choice?

When Nic White was rumoured to be returning to Australia, part of me had a feeling of unease. Yes, he is a classy player. Yes, he is experienced. But there was something about his play that I wasn’t a massive fan of. And I was reminded of that on Saturday night.

Let’s look at the final from the weekend. When did the Brumbies look most dangerous? In the first 50 minutes when they were attacking with ball in hand. When did the Reds look the most dangerous? In the last 30 minutes whenever they were attacking with ball in hand. So then what would you assume would be the one thing you didn’t want to do? Let the opposition attack with ball in hand. For the final 15 minutes or so of a game that was very tight, Nic White chose to kick the ball away nearly every possession. If it was kicking down the far end of the field, I could live with it. Or even kicks that had willing chasers. But his kicks, for the most part, went directly to one of the Reds backs who we know are dangerous with ball in hand. Not only did this give the Reds the chance to attack, but it took Lolesio, Wright, Kata and Simone, some of our most dangerous players, out of the match. That attacking mindset the Brumbies had been playing with for the first 50 minutes seemed to disappear.

In my eyes, and those of the majority of the 6000 fans at the game, White’s decision to keep kicking the ball away could have cost us the game. Despite being dominant for most of it, the Brumbies could well have lost it.

Was he trying to defend a 5-point lead for nearly a quarter of the game? We have seen games lost because of this (Brumbies v Highlanders), or drawn (Rebels v Reds). Was it part of the game plan? Yes, as some have pointed out, O’Connor was kicking as well. But his kicks were for territory, forcing the Brumbies back towards their own try line. They looked to have more of a purpose.

I know that there are people who read this who don’t rate Joe Powell, but I do. On Saturday he controlled the match and played well. I don’t know for sure where he will be next year, but the fact is there are now too many number 9’s at the Brumbies and we will lose someone as a result of signing White, most likely Powell.

As I said, I don’t dislike White. I do think he is a very good player. I just worry about what he is bringing to the team, and hope that what we saw on Saturday isn’t a sign of things to come. 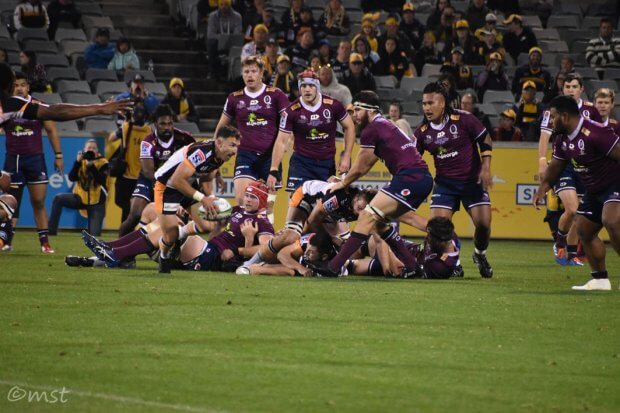 Most people who talk about rugby have for the past 2 years been talking about how good Jordan Petaia is. There has been plenty said about how talented he is, a freakish player, an absolute star of the future, but I think it could be time we stop. Yes, he is a very talented young player, there is no doubt about that. But for the past 2 seasons he has spent more time injured than not, in fact out of a possible 49 matches for the Reds, he has played just 21 and missed the rest due to injuries.

In 2018 he suffered a hamstring injury at training which put his test debut on hold.

In 2019 he missed most of the Super Rugby season with a foot injury. Then he injured a hamstring at training before a pre-World Cup match against Samoa. In February this year he suffered a shoulder injury during training while the Reds were in Argentina. If it were a regular year, he would have missed the whole Super Rugby season. And now we have the hip injury which could rule him out for up to 6 weeks, meaning he will likely miss the first and possibly the 2nd Bledisloe matches.

At only 20 years old, when does this become a real concern? There are a couple of questions I have about this. First of all, what is it that is causing his injuries. I know there are accidents, tackles that go wrong which can cause knees, shoulders etc to go, but on the weekend the injury seemed to come out of nowhere. He was running, grabbed his hip and that was it. No contact, no tackle.

Is there something in his technique that is putting extra strain on his muscles/joints? Is it something to do with the way he trains? I know that too many weights can cause problems … without knowing the intricacies of his training I can’t say.

So why did I say we should stop talking about how good he is? Well when all the talk is about how much we need someone, how good they are, how much talent they have, is there extra pressure for them to play? Is he being rushed back in to sides as soon as his injury heals, without giving him the time he needs to really get back to 100% fit? With injury after injury it can take a huge toll mentally, especially for such a young player. Is it time he is given a long break where the main focus is recovering fully, not recovering in time to play against xxx? 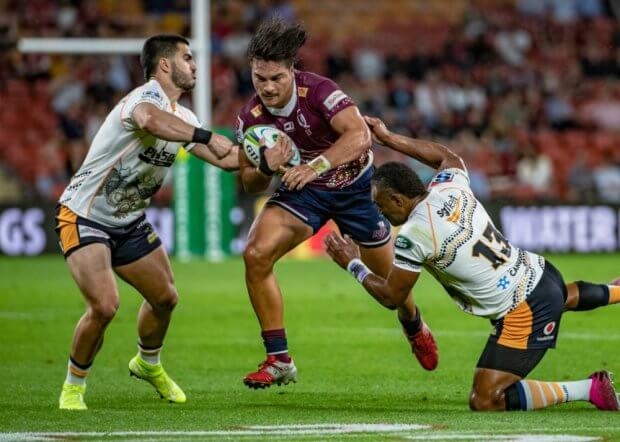 No, not the video kind. But the things that I thought made the night special. 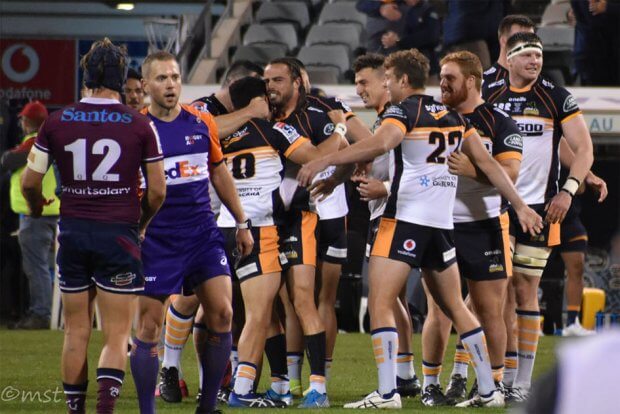 And yes, there were some lowlights too. There were things I just didn’t like seeing.

Over the weekend, the quarter finals of the Champions Cup were held. The first match was one of the most anticipated, with newly crown Pro 14 champions Leinster taking on Saracens. It was Saracens who pulled out the win 25-17, which is the first defeat for Leinster since they lost to Saracens in last year’s final. In the other quarter finals, Racing 92 defeated Clermont 36-27, Toulouse defeated Ulster 36-8 and Exeter defeated Northhampton 38-15.

Next week Saracens will play Racing 92 while Exeter will take on Toulouse.

Meanwhile in the Challenge Cup, Leister has made it through to the semi finals after their match against Castres ended in a forfeit. Castres were forced to withdraw from the quarter final when there were positive COVID-19 tests results in the side from three players and a staff member. Leister will now play Toulon in the semi final this weekend. The other semi final will see Bristol take on Bordeaux-Begles.