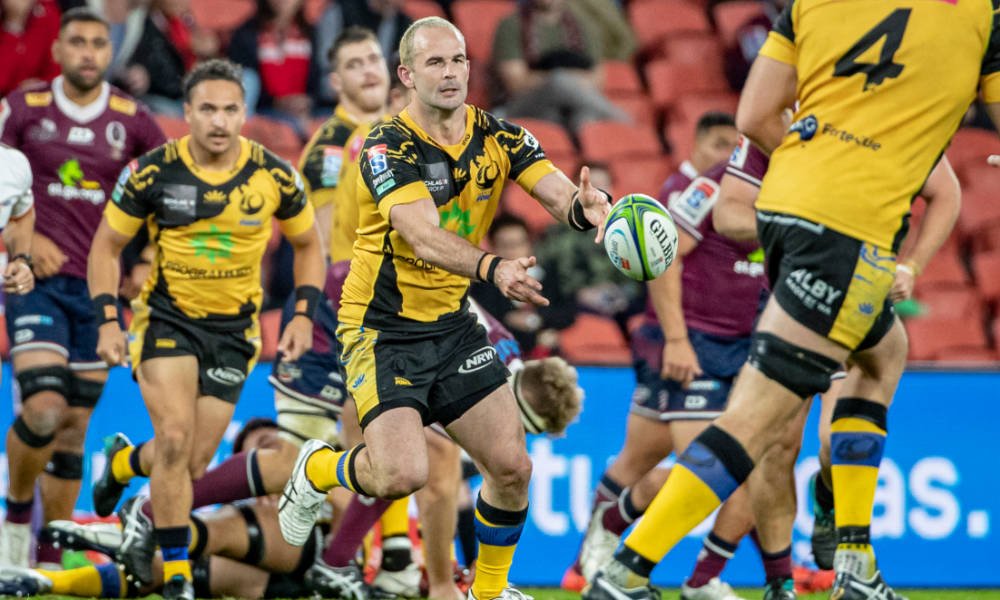 Ok, so this round of rugby restored my faith in the Rugby Gods. Across all 4 Super Rugby games played this weekend, the average winning margin was just 3 points. And that average was blown out by the Reds 7-point win over the Force! The winning margins were 7, 2, 1 and 2, three of those games were decided in the final 3 minutes of the match and in one case after 80 minutes. Excitement overload!

Unlike the matches I tried to forget from last week, this week’s games had me on the edge of my seat right until the end.

Once again the Force got off to a flyer, putting early points on the Reds. The Reds came back at them and unlike the week before, the Force didn’t go away. They pushed the Reds right until the end showing some excellent rugby in the process. After Ian Prior went off injured, the Force lost a bit of their structure, but stayed with it. The Reds meanwhile, improved on their dire effort in the lineout last week, losing only one of their own throws. 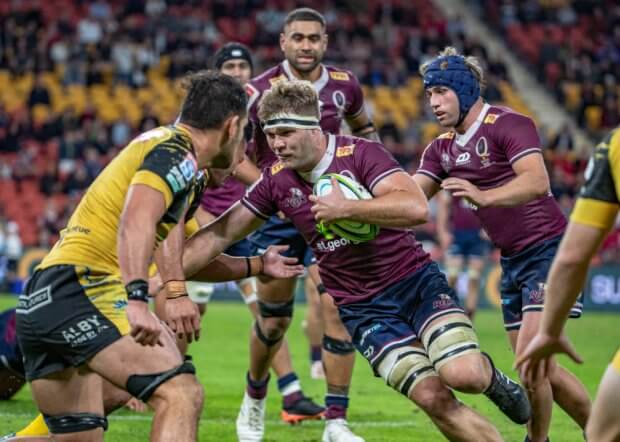 The other match was just as tense, possibly even more so. The Waratahs were on top for most of the match, dominating the lineout and scrum. Rob Simmons played one of his best matches and there was some pretty good play from some of the more inexperienced backs in the first 60 minutes. The Brumbies never looked like they would win but were given the opportunity when they were handed the ball repeatedly in the final 10 minutes. As a Brumbies fan it is really hard to say this, but the Tahs were the better side on the night.

Both matches this weekend were decided by just 2 points, and in both games it was the team who was behind with 3 minutes of the match remaining that won.

The Hurricanes handed the Blues their second loss of the season. In a match that went back and forth, neither team was able to take control, despite the Hurricanes having a large chunk of possession (65%). The Blues were forced into making close to 100 more tackles than the Canes (176-78) and in the end their defence just didn’t hold out against the attacking Hurricanes.

The match between the Chiefs and Highlanders also went down to the wire, with the Highlanders scoring a try to level it up just as the clock ticked over to 81 minutes. The conversion gave them the win, the second time this year they have defeated the Chiefs by a single kick.

Ok, so this is a week overdue, but how good is it to have the Force back in Super Rugby? In their first match against the Tahs they showed that they can be threatening but left people wondering whether they would be able to keep up with the competition. On Friday we saw that yes, they are definitely able. Both weeks they have been quick to score and always look threatening with ball in hand. In fact, Jono Lance is looking very dangerous at 10, his passing is spot on and his kicking has been pretty good too.

The Force don’t have the big names, they aren’t star studded and outside of NRC they haven’t played against many of the other players in Super Rugby for a good few years. Add to that, they are coached by a man who has had such high-profile roles in the past as coach of Easts in Queensland Premier Rugby, Tuggeranong in the John I Dent Cup and the Vikings in the NRC. Not a scrap of Super Rugby experience as either a player or a coach. But he earned praise after the loss to the Reds because if the improvements in the Force’s play. I can tell you, the way the Force played on Friday, as a Brumbies fan I am pretty nervous about the match coming up this weekend! 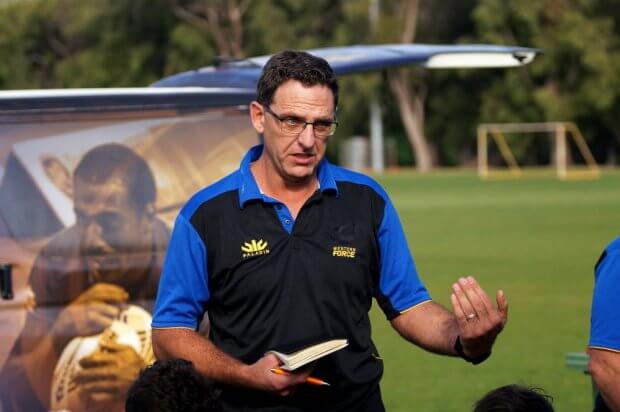 Also on the Force, I happened to see on twitter a couple of weeks ago that a Force fan in Queensland was having trouble getting a new jersey. Apparently they aren’t easy to come across in Brissy and delivery at the moment is pretty diabolical so it wasn’t going to get to him in time for the game on friday night. But through various means he did get hold of a new jersey, hand delivered just before kick off by none other than one Mr Matt Hodgson, who carried the jerseys in his luggage. How can you not like an organisation where they go to that sort of effort for a fan?

One of the things I have really enjoyed so far in this competition is seeing the new faces come through. We have talked all year about the likes of Harrison, McDermott, Lolesio etc, but now there are more young guys starting to make their mark. Maybe they are players we hadn’t really paid much attention to before, like Andy Muirhead, or players who were brought in to replace injured or overseas bound players. But the likes of James Ramm, Joey Walton, Isaak Fines, Jack McGregor, Byron Ralston, Pone Fa’amausili, Tom Horton along with others are showing that there may be more depth in Australian Rugby than we are being led to believe. There are players over at the Force we are now seeing and thinking wow – where has this kid been playing? Sure, we have seen them play in NRC, but watching Jack McGregor on Friday he looked right at home in Super Rugby.

We keep getting told there isn’t enough player depth in Australia. Is it a case of it isn’t there, or is that it hasn’t (until now) been given a chance to show that it is there? What do you think? Who in the newest new crop is catching your eye? 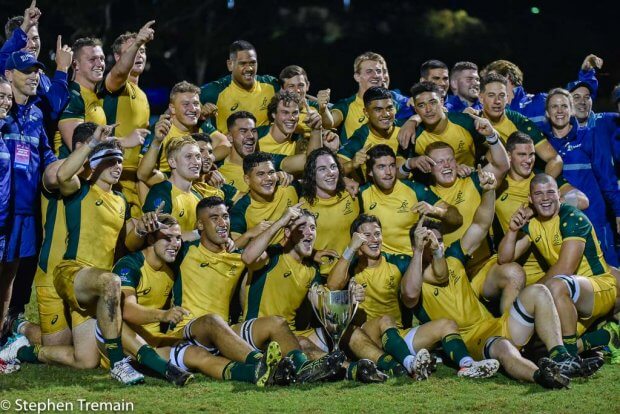 As usual I trawled through the rugby sites to find out what others thought were the top tries from the weekend. Unlike most weeks, I actually agreed with the choices. But then I had another look at all the tries from this weekend, and there were actually quite a few good ones. So I have thrown those in too for good measure!

It’s hard to argue with this one from New Zealand. Laumape out ran Beauden Barrett then ran over Otere Black.

Jock Campbell got the official Super Rugby vote for try of the round from Super Rugby AU.

But I thought these were also pretty good.
There was the sneaky move by Tom Horton off the back of the rolling maul…

The very sneaky kick from Harrison to set up Ramm…

The little chip kick from Jono Lance that actually paid off …

The Reds doing a bit of juggling

And finally, because I love both intercepts and length of the field tries …