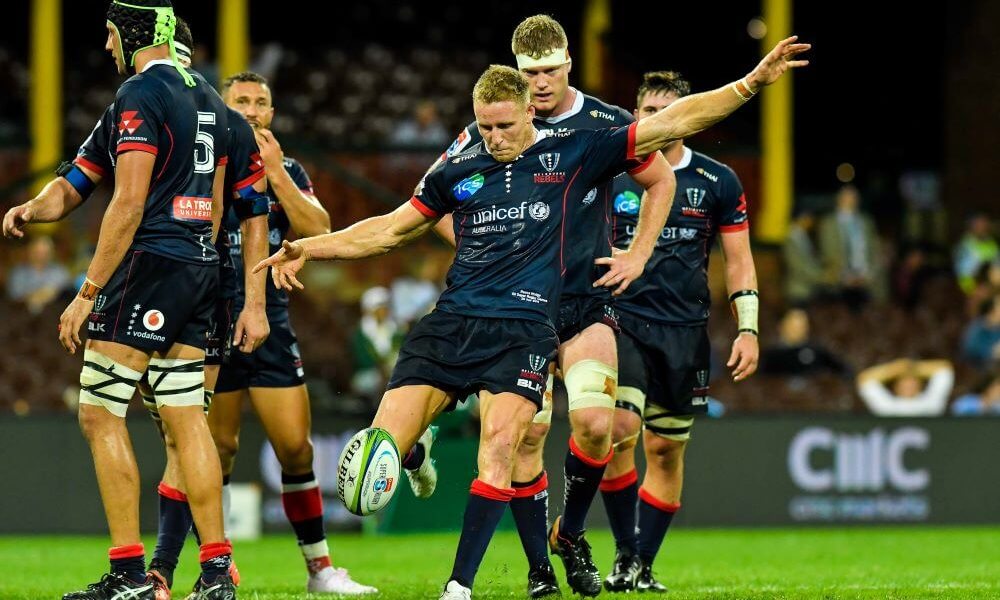 Welcome to another Tuesday Top 5. I would love to say I had the enthusiasm I had last week, but after two pretty dire matches it was hard to put the word “Top” in the title. But as always, there were still some positives to come out of the weekend, here and across the ditch. Hopefully the game quality was just a blip and next week we be full of praise once again!

After the positivity surrounding last week’s matches, I think I just came thumping back down to Earth. Last week I was willing to put some of the errors down to rustiness. Well this week I suppose the weather played a part, especially on Friday night. It was definitely wet weather football.

But let’s just look at a couple of things that stood out. The line-out. Both teams on Friday were absolutely horrendous. Neither team won more than 66% of their throws. And you know what? They kept trying the same thing! I don’t recall many short lineouts, I would have thought common sense says that in wet conditions, when things aren’t working, go short and try to make it easier for yourselves!

The next night wasn’t much better, with the Force also only winning 66% of their throws. Looks like the hooker spot for the Wallabies is wide open.

All in all, this week’s matches were hard to watch.

So what were the positives? Well it was great to see the Force back in Super Rugby. And for a while there they looked like they would take the win, but the Tahs found a way back. Jono Lance slotted back into the Force well, and with none of the other “established” 10’s doing much to impress, will he get a look in come selection time? I am not Hooper’s biggest fan, but it was good to see him getting turnovers at the breakdown. He was a lot more involved in trying to turn the ball over than I recall him being in recent years – I wonder if that is down to a new Wallabies coach who is looking for a certain skill set in a number 7?

Talk about a contrast, how good was the Crusaders v Blues match? The Crusaders firmed up as favourites by defeating the Blues 26-15. The match was pretty close for much of it, but the Blues didn’t help themselves with 12 penalties, compared to the Crusaders’ 6. The turning point came at around the 55 minute mark when the Blues scored a try off a contentious call for a 5 metre scrum to the Blues despite it looking like they knocked on. For the first time in I don’t know how long, we saw a conversion attempt charged down. From there Richie Mo’unga kicked off with a grubber kick, which he regathered and that seemed to fire the Crusaders up. They went on to score 2 unanswered tries for the win.

The other match between the Hurricanes and Highlanders started off with to disallowed tries, one to each team, both for obstruction. The first actual try was scored by Perenara after a beautiful dummy that completely fooled Aaron Smith. TJ didn’t look too impressed with the whole things though.

From there the Hurricanes pretty much dominated, not giving the Highlanders too many opportunities. The Hurricanes took the match 17-11.

Still over in New Zealand …

It takes a brave person to rick annoying a rugby player mid-game. Brave … or stupid. I think this guy might be the latter.

Yes, someone decided to streak during the Crusaders v Blues match. Sadly there is no footage that I could find of the actual incident, but the streaker pushed their luck a little too far when deciding to face up to Braydon Ennor.

I think a radio commentator put it best – “Oh, wow. A streaker has just been taken out by Braydon Ennor,”

Not long after this Ennor was the player who charged down the conversion attempt, so maybe it helped fire him up.

Because as it stands, I am far from convinced that they add to the game.

What have we learnt so far? Well line drop-out is a bit meh. I don’t mind that it rewards the defending team for holding up a try, but there are other teams where it seems to put the attacking team at a disadvantage.

Super time – in theory I think it sounds like a great idea. Golden point type extra time works well in a number of other sports. But it depends on whether the teams will play to win, or play to not lose. On Friday we saw option 2. Both teams looked too afraid of trying to get the ball within a kickable distance that it turned into a game of forcing-back. Dull, and a total waste of 10 minutes when we could have just had a draw at the end of 80.

The new kicking laws – my least favourite of the changes. In Saturday night’s match I wanted to hurl the nearest object at the TV! Sure, Hunt managed to pull off 2 50/22 kicks (neither entirely without controversary – the first looked like the ball was taken back into the 50 before the kick, while the other was initially called outside the 22 and play restarted before being brought back) but how many terrible kicks straight to one of the opposition did we have to sit through for those 2 times where it was of benefit? Even the Tahs fans at the match sounded like they were over it. Don’t get me wrong, tactical kicking definitely plays a part in the game. But watching the ball get kicked backwards and forwards for minutes on end isn’t my idea of good rugby. (To be fair I will admit that there may have been more kicking than usual due to the weather. That doesn’t account for the poor kicking though. If you are going to kick the ball, do not make it easy for the other team by kicking straight to one of their back three!)

Meanwhile, the breakdown has players falling all over it, hands everywhere and players coming in from all directions. The scrum is still a mess, things that are being called penalties in one match are resets in another. I know which areas of the game I would prefer we focus on.

On a final note, when watching the new laws here compared to matches in New Zealand, I have found this. In the Super Rugby Aotearoa matches, when the whistle is blown at the breakdown it is easier to tell what it is being blown for. Because the laws are being reffed more tightly, the penalties are clearer. When watching Super Rugby AU there is confusion around whether a kick went out in the right spot, if a mark can be called, if it is a line drop out or a 22 restart and scrum and breakdown penalties are still a little … well inexplicable at times. Hopefully it will all clear up as the season goes on.

When I went searching to see what those in the “know” put as their top try in Super Rugby AU I found this one.

I didn’t entirely agree. I thought that this try from the Reds was better, especially given how important it was in the scheme of the match.

And from the Hurricanes v Highlanders match …

Tuesday’s Rugby News
Calling out the callers: Why Fox Sports needs to do better