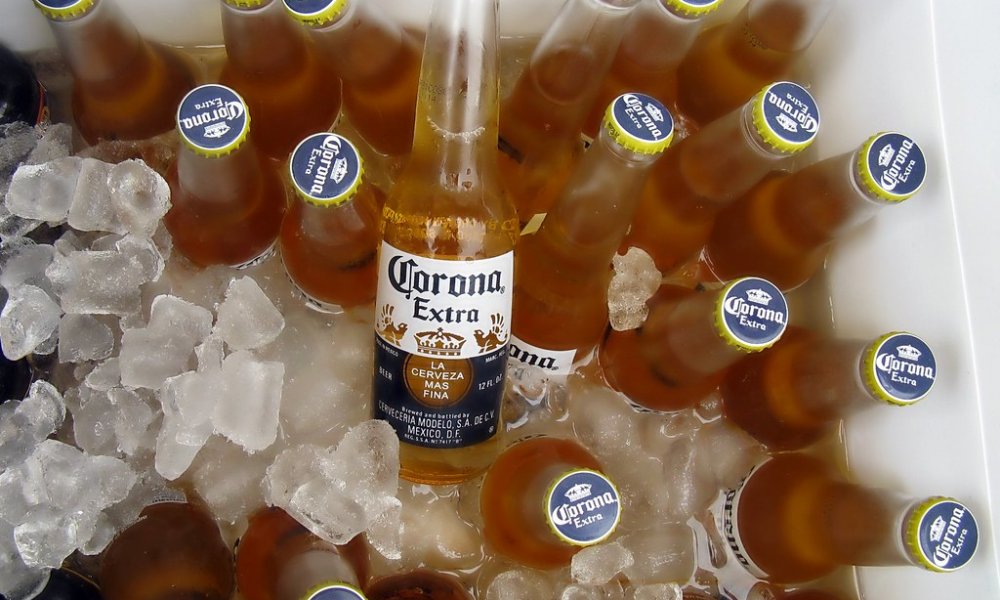 Howdy and welcome to this week’s edition of the Tuesday Top 5. This week we manage even more expectations, wonder why the players are playing, talk petty behaviour, get a quick check up at the doctor and look at our picks of the best bits of the week.

Last week I said “Maybe if we all manage our expectations a little better then those ‘poor performances’ may not to turn out as poor as we thought” in regards to some of the younger players. Well I think this week we learnt that it also goes the other way around. If we manage our expectations a little better then maybe some of the outstanding performances may not be as outstanding as we thought. Or rather maybe I should say the team isn’t as outstanding as we thought. Last week some fans were in raptures over the Reds big win against the Sunwolves, every Reds player was a contender for the Wallabies, yadda yadda. Yes, they did play brilliantly. But this week they were up against a different level of opposition and it showed. Even their scrum was in trouble, and without that they struggled. Having watched the Sharks the previous three weeks, I found it difficult to understand why so many on social media had the Reds as a near certainty to win.

As a Brumbies fan, I am pretty pessimistic most of the time (been let down in the past). Even after a very good win against the Chiefs, I am nervous for the match against the Sunwolves this week. 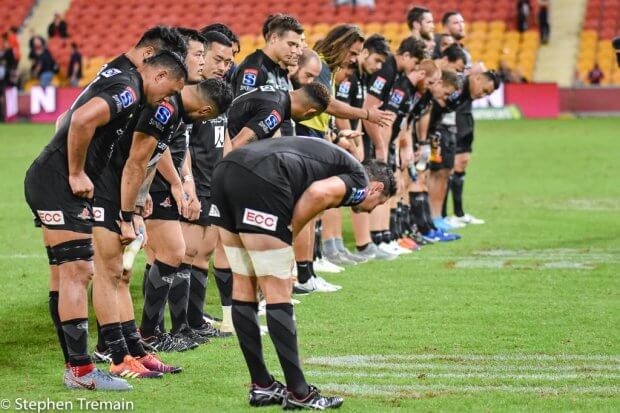 The Sunwolves team thank their fans

Something I have noticed a lot lately, as in every single game we watch, is that there is a really big focus on who will play for the Wallabies. Every time someone has a good game we hear “Is so and so a bolter for the Wallabies?” or “Has dude 1 just played his way into a Wallaby jersey?” Well I have to ask, with 13 more rounds of Super Rugby to be played is it a little premature to be talking Wallabies? Are players like Tate McDermott playing for the Reds trying to help the Reds win or trying to get himself into the Wallabies?*  Because the way some commentators are already talking, it is as thought the whole rugby season already revolves around the Wallabies and who will make the cut. Don’t get me wrong, I’m looking forward to seeing how Rennie changes things up and will be very interested to see who he picks – when the time comes. Towards the end of the season, sure. But it was happening after the trial matches, before the season even started. For now I want to watch the rugby without Marto and the like trying to name a Wallabies 15 after every match!

* Yes, I do understand that he would like to be doing both. But when he steps foot on the field is his main objective in playing well to win the game or be recognised for the Wallabies? Do players go into a round 5 Super Rugby match with the mindset “I have to play well so I can be considered for the Wallabies”? 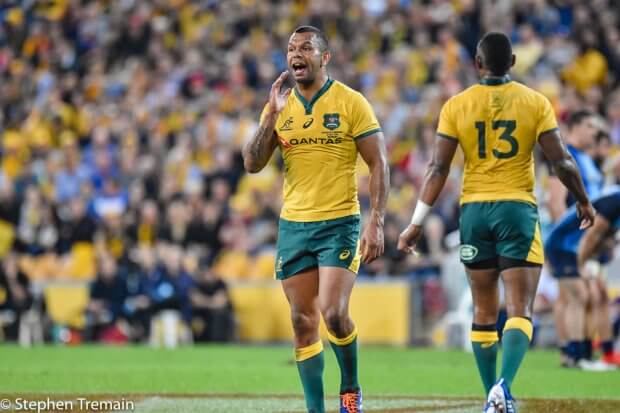 So we all know about the dispute over TV rights. Who has it, how much do they want to pay etc etc. Now is it just me or is one party in particular seemingly taking this badly? Let’s consider the recent advertising campaign for Fox Sports. It shows lots of players and personalities from different codes hopping in vehicles and racing off somewhere, and ends with a girl opening the door and in answer to the question “Who is it?” she replies “It’s everyone”. But it isn’t everyone, is it? There are very prominent AFL and NRL personalities, presenters, Super Cars etc. but has anyone spied a rugby person, player or otherwise?

And then there is their dedicated Women in Sport pop up channel, FOXW running from March 2-8. Here is the blurb on their website:

Foxtel will mark International Women’s Day on Sunday, March 8, with a week-long celebration of women’s sport on a special pop-up channel FOXW (Channel 507).

FOXW will put a spotlight on women in sport, showcasing and celebrating the skill, excitement, courage and tenacity of our female athletes and how #herostartswithher.

Throughout the week on FOXW you can also catch the semi-finals of the ICC Women’s T20 World Cup on Thursday, March 5, game 2 of the WNBL Grand Final Series, six games of round 5 of AFLW and game 1 of the Hockeyroos in their series against Argentina.

The week-long celebration culminates with the ICC Women’s T20 World Cup Final on International Women’s Day on Sunday March 8 which will be broadcast live on FOX CRICKET Ch 501 and simulcast on FOXW.”

Again, notice anything missing? On Friday March 7 The Reds take on the Waratahs in Super W, the biggest match of the season. But nothing. In the TV ad promoting the channel, not a rugby player in sight. 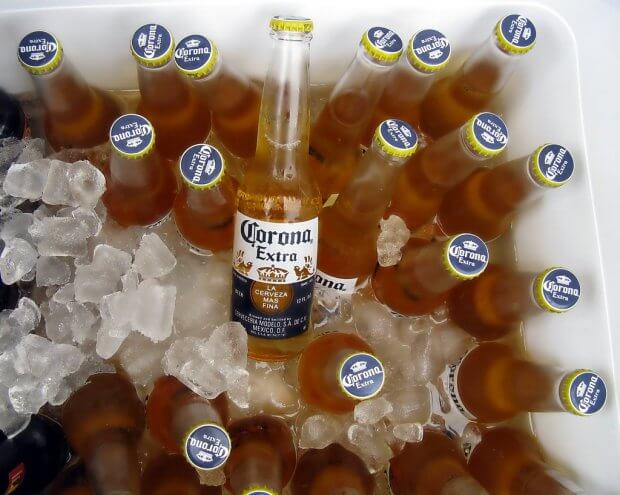 Just kidding, unless you are American. Then (apparently) you better check if you are amongst the 38% or so of people who think there is a link between Corona the beer and Coronavirus. But I digress … actually I am going to talk about the Coronavirus – or COVID-19 if you prefer. You see it is having something of an impact on our beloved sport at the moment. The Six Nations match between Ireland and Italy that was due to take place this Saturday has been postponed, and France’s government has put a temporary ban on public gatherings of over 5000 people, so the France v Ireland game on March 14 is also in doubt. The Japanese Top League is on hold and now the poor Sunwolves, in their last season of Super Rugby, look to have found themselves homeless, at least in the short term. Their match this weekend against the Brumbies has been moved to Wollongong to create a double header with the Tahs v Chiefs and the Sunwolves v Crusaders match will now be played at Suncorp prior to the Reds v Bulls the following week. This makes a lot of sense in that the broadcast gear is already at those locations and will be ready to go. The infrastructure is in place and it means less juggling. But the time slot is less than ideal, with a 2:45pm AEDT kick off. This means that few Brumbies fans will make the trip as it effectively means a full day off work and school. But the timing is so that the matches don’t clash with the New Zealand games which are on at 5:15 AEDT. The bonus? For the match this coming weekend Brumbies members who make the trip will get free entry, so a bonus match for us to see! The downside – I don’t imagine there will be much of a crowd or a television audience. But given the alternative was no match at all and splitting the points, personally I am just glad the game is going ahead. As for the Sunwolves, I hope they like it here in Australia. After their match against the Crusaders they play the Rebels then the Waratahs and I don’t know how likely it is that they will be returning to Japan in between.

This week we are going to throw it up and give you some of our highlights from the weekend, both on and off the field.

Team of the week: The Reds Women. I was half watching a replay of the match after the Reds game and saw the score was 20-something to 3. I thought the Reds would probably win pretty easily, but 104-3? That led me to our next point

Random fact of the week: Speaking of big totals, in 2015 a Belgian club rugby team, Royal Kituro, won their match with a score of 356 to 3. Nope, not a misprint. They scored 56 tries and the score could have been even higher if not for their terrible kicking percentage. They only made 38 conversions. They could have scored 392 points if their kicking had been on song!

Best moves: Look no further than the Brumbies guys and gals!

Confused moment of the week: During the Reds v Sharks match there was some confusion over what was being shown on the screen.

What was shown was this

But Mr MST is certain that what he saw was this

Worst Lineout of the week: Hands up who thought this would go to the Reds? Well I found one worse. Maybe the Reds saw this and used it as their training guide …