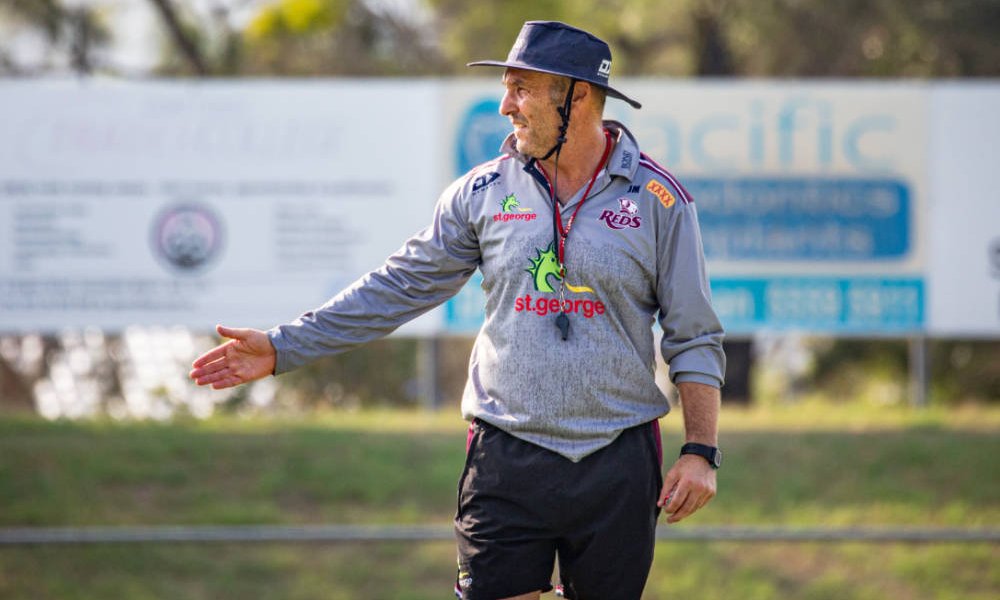 Welcome back to another Tuesday. they’re rolling around pretty quickly now, aren’t they? Well what a weekend that was. Some big wins, a loss and the Waratahs didn’t lose! This week we look at some of the positives from the weekend, take a very brief trip to Europe to check out the Six Nations, talk superstars and expectation and give the refs another chance to explain. Or not.

Is this the (new) beginning?

This week saw some very good performances from half of our teams. The Reds absolutely thumped the Sunwolves, while the Brumbies surprised pretty much everyone and beat the Chiefs (and barely a rolling maul in sight). It was great to see. But what of the other half? Well the Tahs had the bye, so at least they didn’t lose. Then there’s the Rebels – what is going on with the Rebels? In round one they lost to the same team that the Reds just smashed (though to be fair 9 of the starting 15 for the Sunwolves were different from the team that played the Rebels, so I guess it wasn’t really the same team).

So, does this signal a new beginning for Aussie Rugby? The Brumbies held on with only 34% possession and 28% territory in the second half. They missed just 14 out of their 153 tackles and only turned the ball over 8 times. Those are some pretty impressive figures. Meanwhile the Reds looked exceptional – they scored 10 tries, only missed 9 of their 89 tackles and maintained 62% possession and 68% territory for the match, simply shutting the Sunwolves out and forcing them into 47 missed tackles. It will be very interesting to see how the next few rounds pan out. The Reds play the Sharks, who just beat the Rebels, then the Crusaders and the Brumbies have a bye then play the Sunwolves. On Saturday night’s performances the Brumbies should have no trouble with the Sunwolves, but as we know they are a different team at home (literally) so it’s anything but a given. The Sharks will give us a better gauge of where the Reds are at but it’s the match against the Crusaders that will really be the test.

Oh, and the Rebels play the Highlanders and the Lions, and the Waratahs play the Lions and the Chiefs. Being optimistic, the Lions aren’t playing that well at the moment and have lost 3 of their matches, so there’s some hope there. 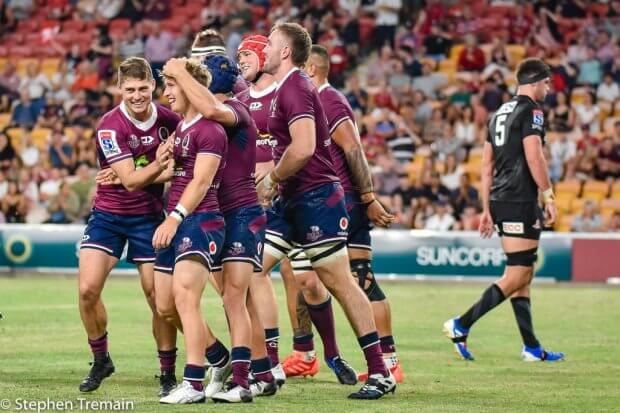 The Six Nations was back again this week, and it saw Italy with their best chance to break their losing streak, taking on Scotland who have been somewhat disappointing so far. But it wasn’t to be, Scotland not only won, but kept Italy scoreless. Italy has failed to score in two of their three matches this year.

Back on the 4th of February I said that I thought Wales and France would be fighting it out to take the title this year. Well those two teams met on the weekend and it was a close one, with France taking the win by just 4 points, some may say controversially. The final match of this round saw England host Ireland and keep themselves in the fight by winning 24-12. That means we have France on 3 wins 0 losses, England and Ireland on 2-1, Wales and Scotland on 1-2 and Italy on 0-3. I think it’s safe to say that Italy are out of the running, as are Wales and Scotland. The next round sees both France and Ireland favourites to win, they are playing Scotland and Italy respectively. England play Wales next, so they may come away with the win, it’s still a bit of an unknown with Wales under the new coach. If England win it will likely all come down to the final round when England are almost guaranteed a win over Italy and France will host Ireland in the final match of the tournament. We would possibly see three teams finish on 4 wins and one loss, with it all coming down to bonus points and for/against. 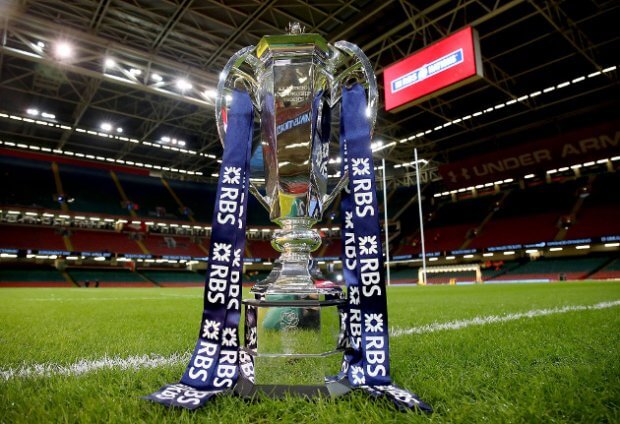 The next big thing

One thing I have noticed a lot about Australian Rugby is that some people are always looking for the next big thing, the next Superstar. For the past two years we have heard about how outstanding Jordan Petaia is, despite him only playing a handful of games. And yes, he is very talented but that is a lot of pressure to heap on him. Now that he is injured, certain commentators are raving about his replacement, Hunter Paisami. Again, he looks good but after just a few games is it too early to be calling him the next big thing? Likewise Mark Nawaqanitawase, Fox Sports did a big intro about him and how good he was and there were headlines like this about him from January after trial matches:  “This teenage Tahs ‘gem’ could be the next Folau” (www.foxsports.com.au 19 Jan 2020) “Young talent time: The kids who could save Australian rugby” (The Sydney Morning Herald-24 Jan 2020). How is that for pressure? Without a Super rugby cap to his name he was being hailed as one of the Saviours of Australian Rugby. Yes, he can score spectacular tries but there are other elements of his game that may not be up to scratch yet he was touted as the next Folau after one trial match (whether you see that as a good or bad thing, it is a lot to live up to). All of these players are talented, there is no doubt about that. But I think people need to lay off a bit and let them grow before declaring them stars. 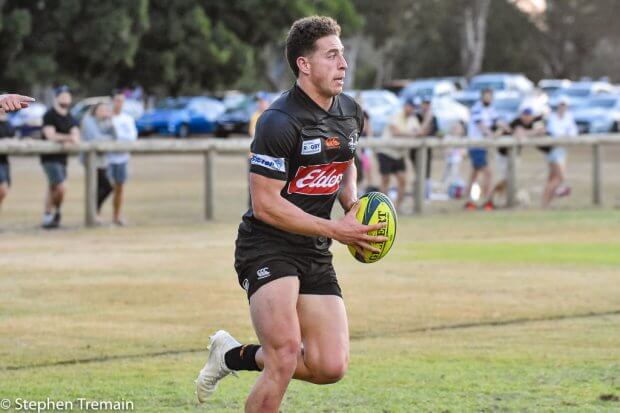 Speaking of the young guys, how about we just calm it all down and look at what is happening. We have two teams playing rookie 10’s. Are they going to make mistakes? Hell yes, they wouldn’t be human if they didn’t. But should they be crucified for those errors? Noah Lolesio had a poor game against the Highlanders. Some were saying that he just couldn’t cope against Kiwi opposition, that maybe the Brumbies need another option. But then look at his game against the Chiefs. He was composed, offloading, tackling … everything you expect from an experienced 10. Imagine if he had been dropped after his poor showing the previous week. Over at the Tahs we have Mack Mason. Last year he received very little game time, with Foley playing 80 minutes for the bulk of the season. When he did play, he didn’t do very well. But rather then be allowed to try again, grow and gain confidence, he was dropped from sight. What would that do to the mentality of a young player?

Will Harrison, the other rookie 10, was talked up preseason. He was on the list of young guys who could save Australian Rugby. But he has had a couple of games where he hasn’t lived up to the expectations of the media and fans, so should he be dropped? No, teams can’t stick with underperforming players for long periods, but remember that some of these guys have played just three or four games at the top level. Maybe if we all manage our expectations a little better then those “poor performances” may not to turn out as poor as we thought. 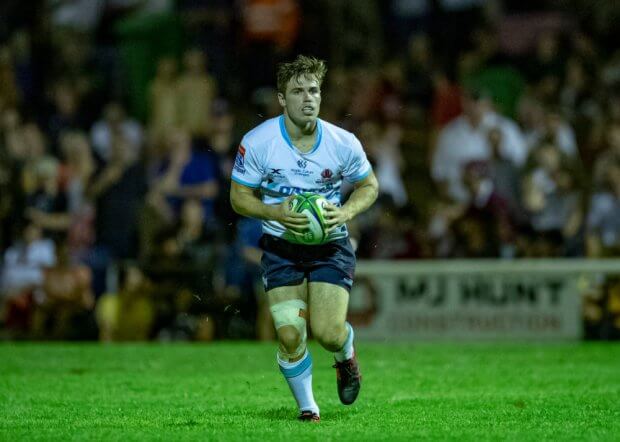 Oi ref, are we watching the same game?

Four rounds in to the season the standard of refereeing is already being heavily discussed. I have no issue when referees make a decision based on what they see or the available evidence. The refereeing decisions can have a direct impact on a game and really influence the watchability of a game.

Of course, there will be a tendency to referee games with what you’re familiar with and with Aussie, Kiwi and South African rugby all having different styles there will always be an element of unconscious bias in the way it is refereed. There will also be coaches and supporters who want to point the finger and lay the blame on referees. Sometimes this might be justified, but we all need to remember like when a player has a bad game our referees are also only human.

When it comes to decisions that could go either way and really put the referees under intense scrutiny; unfairly at times. Take this one for example on the weekend. It’s a tough one and I can see the argument from both sides but I believe it’s the right outcome.

But them there are decisions from referees, in some instances the whole refereeing team, that you just have to shake your head and ask WTF happened there?

Now for those that missed it there was a lifting tackle where a player landed on his shoulder that resulted in a yellow card.  Now I want to walk through this process as somewhere in this decision-making process I ended up in an alternate reality.

Breaking it down the referee spotted it. At least one of his assistance had a view. But, as we have the technology available to assist with decision making, they referred it to the TMO (the bloke who apparently can look at it from several angles, in slow motion).

Now I will give you the question from the ref directly to the TMO that was confirmed and lead to the decision to make this easier upfront:

REF: So, I’ve got White 2 pick him up, take him through the horizontal and makes contact with the shoulder and therefore it’s a yellow card for me, you happy with that?

Now it is extremely rare that I will ever agree with Phil Kearns but he was spot on with the question around which player(s) lifted during the replays.

But what is very apparent is the landing part. The fact that it is very, very clear the player lands on his hands the elbows. His shoulder never touches the ground. How the f#$* is this detail overlooked? It’s a key element of this ruling and determining factor on severity. It usually is the part that is most heavily scrutinised.

Outcome aside, I have to ask how with at least 3 officials involved, very clear vision of the incident, can the description which is what the decision is based on be so off the mark and then the TMO fails to correct the errors or even attempt to interject? How can the process not be followed and key elements no correctly examined and determined?

Poor refereeing seems to be a feature creeping in to Super Rugby, as a supporter it is frustrating, but for a casual supporter, when their eyes are clearly telling a different story to what the referees are allegedly seeing it’s laughable, and not in a good way.