With the World Cup in the rear vision mirror and Super Rugby still six weeks away, this is normally the dead zone for rugby. We eat ham, we watch cricket and generally nurse the bumps and bruises we picked up supporting the Wallabies this year.

But with a board election and new Chair in 2020, a TV rights deal currently in negotiation and of course the Folau saga, the game has emerged from its hibernation to take centre stage.

Today we truly entered the twilight zone, with a report in the Australian that some board members have tapped John O’Neill to potentially return as Chair, though he’s requested to pick his own CEO (with Phil Kearns mentioned as a possible candidate) and Board. These are demands more befitting an African dictator, but we’re in Australian rugby here so anything goes. 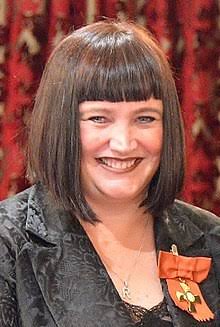 The same report cites a potential breakdown in negotiations with Optus Sport, as the provider seeks to expand its European Soccer content.

This caps off a fortnight of reporting highly critical of Raelene Castle, with much of it coming in the Australian. We had former Channel 9 head David Leckie calling for her resignation (and the appointment, naturally, of Phil Kearns), the endless coverage of the Folau saga, and on Friday it was 2GB’s Ben Fordham who reported Raelene could be sacked this week.

To put it bluntly, this all stinks to high heaven. There are valid criticisms that can be levelled at Raelene Castle, with the Folau situation being front and centre. But you can also point to many achievements (the appointment of a world class Wallaby coaching panel being the most recent), and her actions throughout the Folau saga are at very least rational and defensible. I’d argue as a side point here that it was a complete and utter shit sandwich and there was no right answer, but that’s not the point of this article.

The sharks are circling. And by ‘sharks’ I mean the Sydney old boys network, of which Leckie, Kearns, O’Neill and Fordham are card-carrying members. Leckie’s on the board at Easts, the Fordham family are noted powerbrokers and recently bailed out the Shute Shield.

There are solid rumours that Kearns is agitating behind the scenes for the CEO gig he missed last year, and he’s close to a number of Board members.

TV rights looms as a major test of Castle’s leadership, and according to the media it’s a test she’s currently failing. But let’s look a bit closer – the agitators on News Ltd mastheads can hardly be seen as impartial, given Foxtel is clearly a key player in any negotiations. My suspicions are raised even further when the reporters in question aren’t Wayne Smith or Jamie Pandaram, who are actually connected to the RA administrators.

These same mastheads have breathlessly reported the breakdown in negotiations with Foxtel and the involvement of Optus, who now are apparently looking to walk away. It looks suspiciously like they are trying to drive down the bidding price for rugby rights.

Which brings us to today, and the prospect of a leadership challenge on Raelene Castle by Phil Kearns and/or John O’Neill. It honestly wouldn’t shock me if they had their own ‘Make Rugby Great Again’ hats made especially for the occasion.

It would be laughable if it wasn’t entirely predictable. But with 2GB and News Ltd on their side, it is a challenge that needs to be taken very seriously indeed. 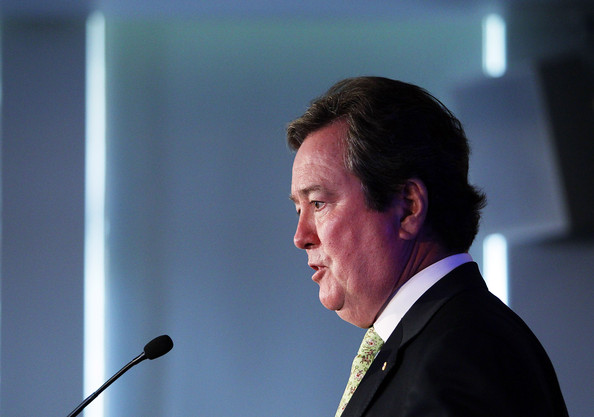 The legitimacy of these rumours shows you everything that is wrong with the game in this country. It’s a spiteful attempt by a bitter yet powerful minority to return the game to the 80s and 90s, the clubland days of amateur glory.

It’s a total hatchet job on Castle, who in the eyes of many has done a laudable job as CEO thus far. But the fact she’s a Kiwi woman who is our first CEO outside the Sydney old boys network meant she was always going to be carrying additional weight in her saddlebag.

And it would not be a stretch to suggest TV rights are tied to Kearns’ candidacy, given his lengthy history on Fox Sports and his good relationship with current Foxtel CEO Patrick Delany.

This story is far from over, and Castle may yet survive. But as events unfold, I’d be reading every word with a sceptical eye and a mind to the intentions of the writer and publication involved. Nobody here is objective, and there are very few authors you can trust.

We’ve got media barons, the Sydney old boys, the former administrators, and not a rugby ball in sight. It’s a Netflix miniseries waiting to happen.