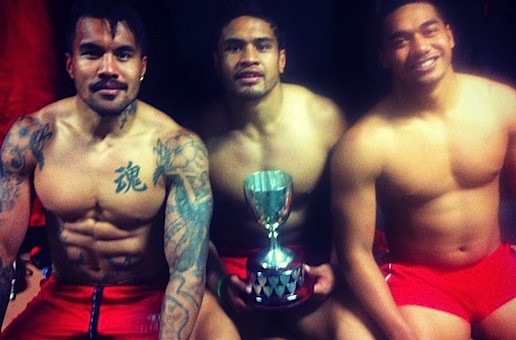 The Tahs went north to Banjotown in pursuit of the Templeton Cup.

The opening quarter saw some entertaining and open rugby with both teams running the ball, and finding opportunities when they did. The Reds looked better for their hit-out last week and made fewer errors, turing their opportunities into points. Dom Shipperley went over first, busting through Israel Folau and Adam Ashley-Cooper. Ben Tapuai was in the right spot to take an intercept and run over the line, which had the home team up 17-3 after 20 minutes. 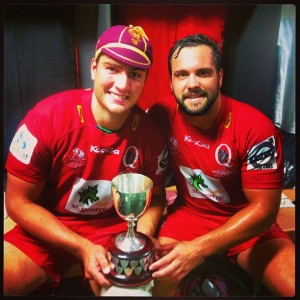 The second quarter kept the home side scoreless, while the Tahs missed two penalty shots at goal, the second of which was for a late coathanger tackle that had Ashley-Cooper seeing stars. It also featured Quade Cooper who must have taken some confidence from his recent boxing debut; his full bag of tricks was on show tonight from the accurate and long bullet pass to the behind-the-back flick.

Kane Douglas came oh-so-close to scoring what could have been the forward’s try of the season: after charging down a Quade kick he kneed it on and showed surprising pace in a race to the line. Unfortunately for Kane the TMO ruled it was knocked on just before the line.

Cheika must have torn the Tahs a new one at oranges, as the Waratahs were impressive in the third quarter with Israel Folau and Volavola both popping their Super Rugby cherries. At the 60-minute mark the scores were even at 17-17.

The final quarter saw the Reds retake the lead thanks to Mike Harris’s reliable boot, and a damaging midfield run by Ed Quirk that granted Tapuai his second meat pie. In the final play of the game Quade showed great intent when the Waratahs knocked on after the siren by taking a quick tap. In doing so he risked giving the Tahs a losing bonus point in the pursuit of claiming a winning bonus point for the Reds.

Benn Robinson coming off the bench. Within two plays from Fat Cat coming on the Reds had gone from a 5-metre defensive scrum right in front to a defensive scrum on their own 10-metre line. The whole Waratahs team lifted, and a comeback was on the cards.

Ben Tapuai not only scored two tries, he also took over the captaincy at a point when the Waratahs were really threatening to take the points.

Bernard Foley has the makings of a very good 10, Dom Shipperley was very impressinve, and Waratahs replacement Ben Volavola looked superb with every touch until he kicked with 20 seconds on the clock at 8 points down.