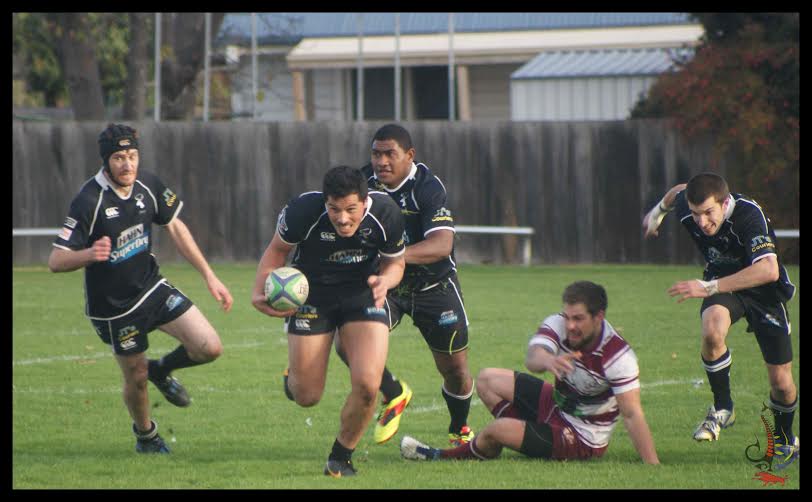 Glenorchy and Taroona have strengthened their claims for spots in the top four, both recording comprehensive victories in Round Six of the Tasmanian Rugby Competition.

Glenorchy Stags have defeated Eastern Suburbs Roosters 43-8 at Eady Street to press their claim for a top two position. The visitors came out strongly, scoring an early try out wide to give them the lead but Glenorchy came back into the match through solid defence in the tight channels. With a host of new combinations clicking, the Stags forwards provided the dominance for the backline to score plenty of points in the second half. 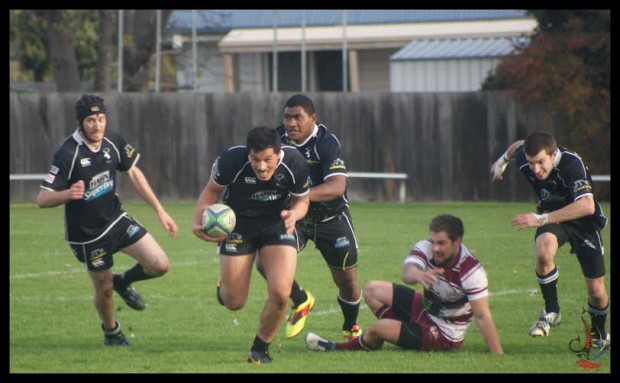 “What was really pleasing was once we gained momentum we didn’t give it up”, said Glenorchy coach Shannon Banks, lauding the efforts of Daniel Aualiita, who scored two tries, and flyhalf Wally Dare who controlled the game. Easts’ Brett Bourke was disappointed in the performance but praised the efforts of Mark Whitfield and Phil Barry, playing his 250th game for the club.

At Rugby Park, a second half scoring spree has allowed the Taroona Penguins to defeat University 48-3. It was a tight first period with the Students’ defence holding  on despite a heavy weight of possession to the Penguins but after the break Taroona’s structure and effective backline blew open the game with six tries. For the victors halfback Andrew Wicks provided dynamic service from the ruck which allowed lock Anthony Lean to make strong metres, Christo Le Grange scoring 18 points from flyhalf. University winger Nigel Chigwida was a constant threat to the Penguins defence whilst flanker Duncan Watson was everywhere in his return to the side. 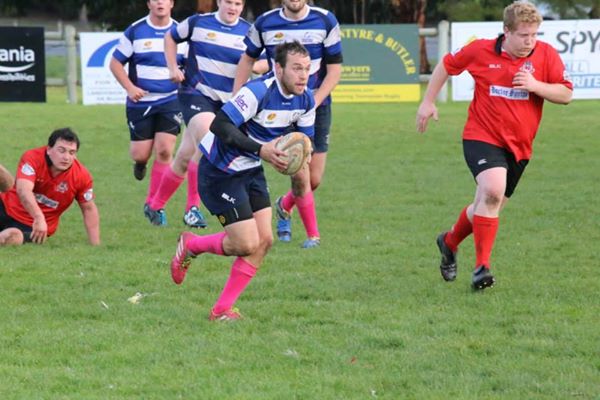 Harlequins continued their perfect start to the season, downing the travelling AMC Vikings, 50-26. Despite missing several key players through injury, Quins started the match strongly and took a healthy margin into the break but a resilient Vikings side provided an even second half, their aggression unsettling the home side. For Quins, Beau Scott was a standout at lock whilst Siva Havea and Kent Williams provided effective support.  AMC’s Tom Scarfe continued his strong form whilst Glenn Morgan was sharp at halfback.

Hobart Hutchins Lions have recorded their second victory of the year, thrashing Burnie Emus 95-5. The home side was no match for the Lions with fullback Shaun Kober scoring 30 points and wing Tenzin Daisun grabbing five tries. Hobart coach Don Moor singled out young centre Alex Wolf and Number 8 Dave Craig as prominent contributors. For the Emus, it was a committed effort by the whole side but a lack of playing numbers cost them.

The visiting Devonport Bulls have defeated Launceston Bumblebees, 50-0. It was a comprehensive performance from the Bulls who scored tries regularly throughout the contest however a youthful Launceston side could never be doubted about their enthusiasm for the contest. For Devonport, Johan Joubert was damaging in the backrow whilst flyhalf Mark Meo, who scored two tries, provided solid service for winger Drew Redman. Young Launceston players Kieran van Brecht and Callum Lyall stood out for the home side.