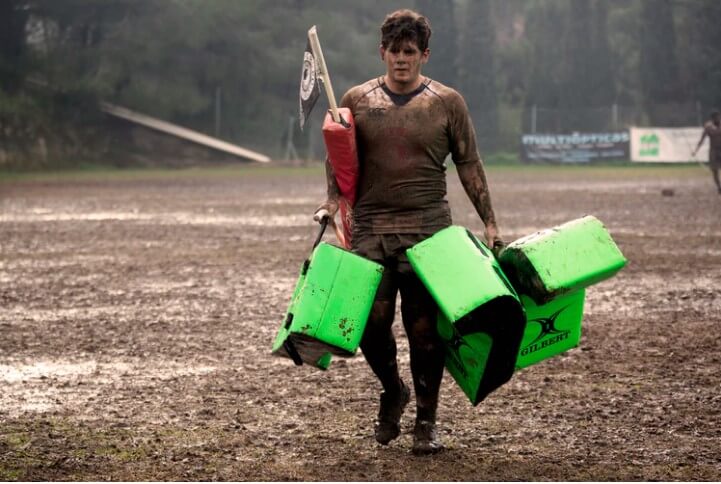 This isn’t going to be a deeply data-driven article from me, but rather a plea. You can’t look at any form of media at the moment without being aware of the massive impact of COVID-19 on the world as we know it, and certainly for many people, the future of their worlds. The impact is enormous.

Firstly, a little context for my position, and my plea.

The last two weeks have been the toughest of my career. I work in an industry that has been totally (and I mean totally) impacted by COVID-19. There is no revenue in our industry, and we are a not-for-profit. Hundreds of cancellations and millions of dollars of revenue have vanished. This has meant our board have made the absolutely heart-breaking decision to stand down our workforce. And as an exec, it has been my responsibility to communicate this with our team across the country.

Our extraordinary team have dealt with this with grace – checking in to see how we are going, knowing the impact this is having on us needing to make and enact these decisions,and supporting each other. They have understood the need to make these decisions now, and are looking forward to our future in a new normal. They are incredibly impacted and their first thought is for others.

So with every day I receive another press release from Justin Harrison I lose even more patience with, and loyalty to, rugby. And in this instance, specifically the rugby players.

Over the years, my loyalty and connection to rugby has decreased. The Kurtley Beale saga, the departure of Ewen McKenzie, the coaching merry-g0-round at the Reds, the treatment of players – those excluded and those who benefited from a coaching era more interested in favourites than form. For every instance I named, I am aware there are fans who sit the other side of the fence. That’s cool – we all love the sport and can be frustrated and inspired by different things.

But now, with the world on a precipice, with real and extensive impact on billions I cannot fathom the pissing contest that appears to be taking place right now in Australian rugby.

Pull your finger out

Firstly, I would like the players to pull their finger out.

Let’s remind them of the picture: almost all the workforces of rugby support and administration staff stood down around Australia, a visible impact on the sport aka no matches, a loss recorded in 2019 by Rugby Australia, and the examples set by other sporting codes who have already taken pay cuts.

I cannot fathom the players, through Justin Harrison and RUPA, think they are entitled to 100% transparency before they decide what pay cuts to put on the table.

Grow the feck up.

This shit is bad and seeing the last cent of the badness isn’t going to change anything.

Put something on the table. Publically. Let’s start with 30-50% for 3 months. While your fans are losing their jobs and being stood down, while the support staff who make the game happen are stood down, my perception is you are quibbling while Rome burns.

My perception is you appear to be so out of touch with your fans you think demanding a full accounting is a position of strength.

My perception is you appear not to be interested in being part of a solution.

My perception that with every demanding press release I receive from RUPA, you think there is a bigger game to be played and won. There isn’t.

Where is the leadership?

So in all of this, from the players, where is the leadership? We are told sportspeople are role models, but what is this current crop of Australian rugby players modelling?

Stop the silence and the lack of action. Their silence is damning while others in our sport feel the impact of COVID-19, and while people all around the world feel the impact.

Stop with the plotting

To the players, ex-players, commentators, journalists, newspaper and broadcast owners who think any level of plotting is appropriate – stop, please just stop.

Stop with the plotting to bring down Raelene Castle to install your sycophantic-north-shore-inbred-rusted-on-lacking-in-reality-nutjob-puppet-candidates.

Stop with the plotting to undermine rugby to get cheaper broadcast rights.

Stop with the plotting to prove your ‘rugby understanding’ is bigger.

Fans are done. We are done with the plotting and the sniping and the whinging and the sexism and the undermining. We want to like our sport at all levels, and you are making this almost impossible.

Your plotting and rumour-mongering and cheap shots and lies undermine our entire sport, which was already diminished.

And did you see what I did there? I used the word our – because it is ours – the fans. Not yours, never yours.

All the caveats and context

So yes, before you all @ me with the caveats and the context, here are a couple to demonstrate I see the broader context:

Stop thinking this is something you can get out of without impact.

Stop thinking this is a game.

Stop thinking this isn’t impacting on the brand of rugby – a brand players benefit more from than anyone else.

Stop with the lack of leadership.

Stop kicking our game when it is down.

We want there to be a game when this is all over, and we want to love rugby like we used to.