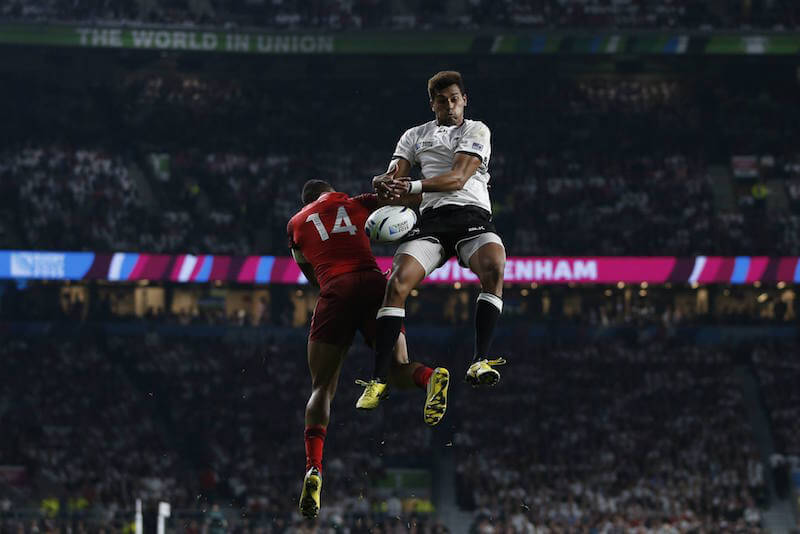 The match began with both sides clearly showing the nerves after an opening ceremoney that managed to whip the home crowd into an absolute frenzy. England seemed to adjust earlier, however Fiji soon settled and began to challenge the Fijian through a strong scrum and hard running.

The first match of a RWC can usually give an indication as to the overall feel of the tournament. On this occasion it seemed dominated by two factors. The TMO and dodgy driving mauls. TMO Shaun Veldsman was perhaps the biggest influence on this match in the first half, which is exactly what we don’t want. Meanwhile the challenges around the driving maul (how to stop them legally and how to actualy do them legally) remain and was particularly evident in the first try of the tournament – a penalty try to England.

Closing in on the half hour mark, and with England seemingly in control, the Fijian scrumhalf Nikola Matawalu made a stunning break from a scrum 60m out. He looked to have scored a brilliant try only for the TMO to rule he’d dropped it over the line. But Fiji were in soon after thanks to the a pinpoint Ben Volavola cross field kick and a wonderful take for the try by Nemani Nadolo.

SHOULD I BOTHER WATCHING IT?

Of course you should. It’s the openning game of the RWC and both teams are in the pool. As much as we hate watching England, it’s always great to watch this Fijian team on the field. It’s also worth watching for the sublime performance by English fullback, Mike Brown, who was the Man of the Match. Nadalo and Matawalu were pretty great too. Get into it.