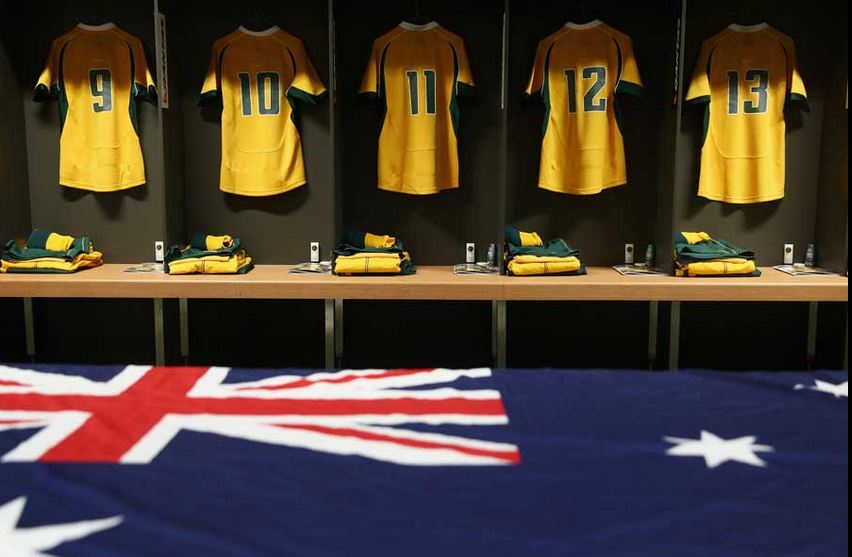 The Wallabies survive the Welsh flood

Matt Rowley in his “Guts gets the glory” article gave a good summary of this game:

Wales had done their homework on Australia and used rush defence together with flooded breakdowns to disrupt the Wallabies pattern of play. Aerial bombardment got the men in red the territory they needed and if it hadn’t been for another monumental scrummaging effort from both Australian front rows they might have been able to make that pay.

Wales dominated Possession (60%) and Territory (63%) throughout the game but didn’t score after the 33 minute mark.  In the second half, with even more dominance (Possession 64%/Territory 68%) and the Wallabies down to 13 men for 8 minutes and 14 men for an additional 6 minutes, they were unable to breach the Wallaby defence.

The Wallabies made 134 tackles and missed only 11 (92%) against Wales 84/15 (85%).  Wales disrupted the Wallaby maul to the extent that it was ineffective and the Wallaby Lineout seemed always under pressure.

The “battle at the breakdown” was a key feature of this match.  The Wallabies won 52 of 56 rucks (93%) and Wales 77 from 85 (91%).  Total Turn Overs were Wallabies 11:9 Wales.  Turn Overs by Forwards were Wallabies 5:3 Wales.  The Ruck Involvement statistics show how Wales was committed to not giving the Wallabies any easy ball and the Wallaby playmakers little time and space. 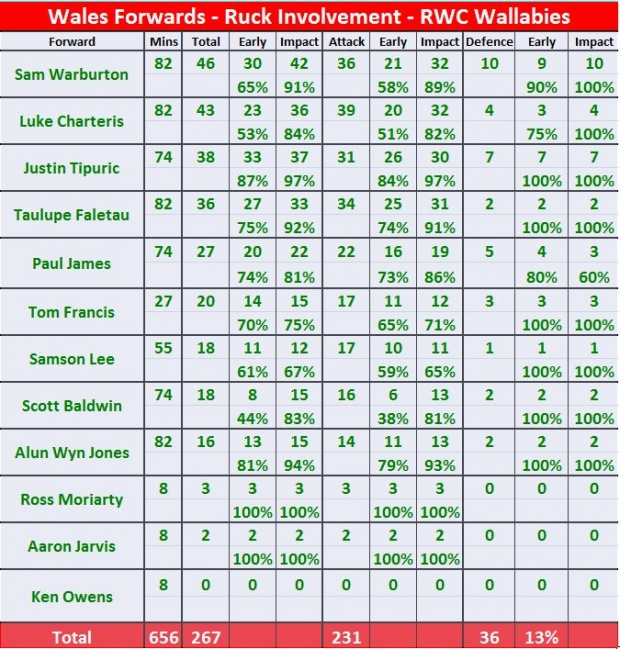 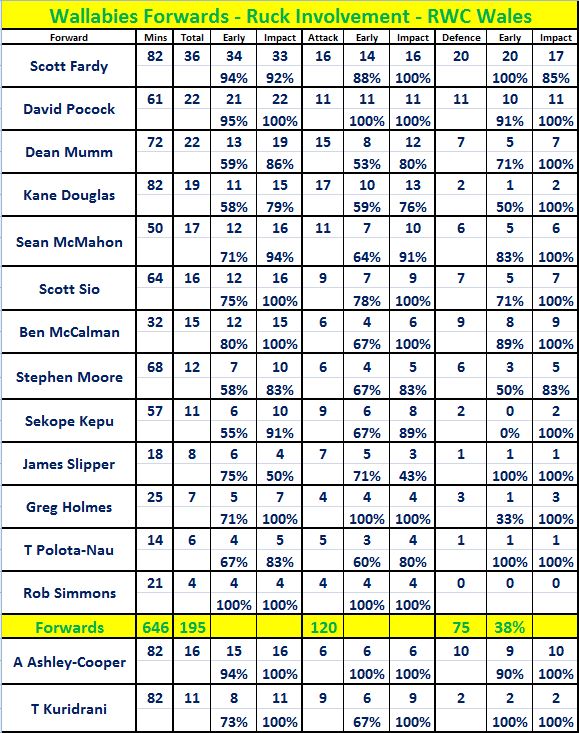 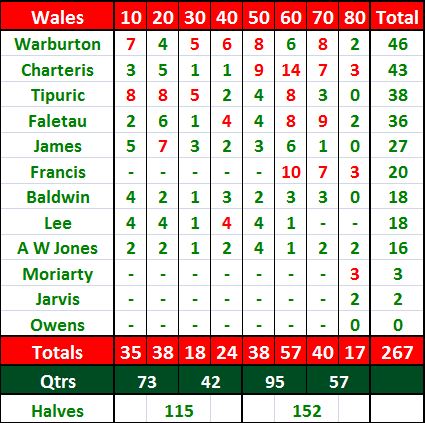 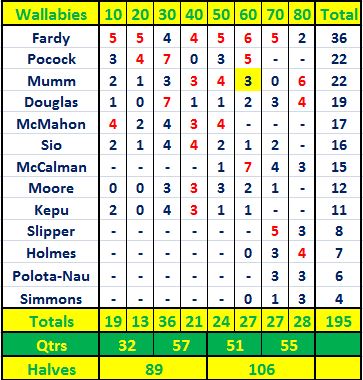 With wins over England and Wales, the Wallabies are entitled to consider Twickenham as home turf for this RWC.

The Wallabies are likely to have to defeat all 4 “Home Nations” if they are to make the final.

Other teams will learn from the Wales game plan as a way of countering the Wallaby play-makers.  However, once Wales lost any scrum dominance it was never going to hold back the Wallabies.  But, the Wallabies will need to develop counter measures more quickly.

I am still concerned about the relatively low ruck involvements of the Wallaby Front Row compared to other top-tier teams.  In my view this places an unreasonable work load on our Back Row and restricts their opportunities for more linking/open play.