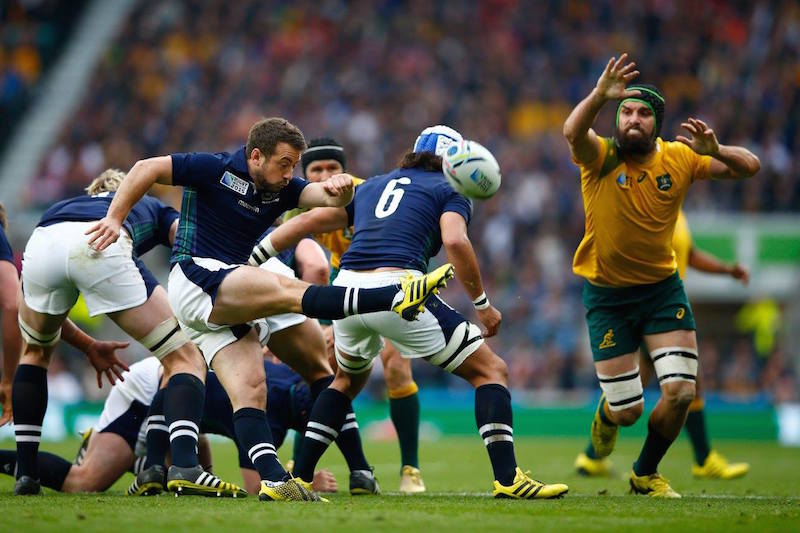 “Used up our ‘Get Out of Gaol’ Card” (Bernard Foley)

Have to be happy with the win even if it was winning “ugly”.

The Wallabies were almost outworked by Scotland who was behind in most of the key statistics.

Mauls, Lineouts and Scrums were fairly even, however, the Wallabies’ scrum showing none of the improvement that’s been developing over the past few games.

Of concern again was the Wallabies 17 Turnovers conceded against Scotland’s 8.

Neither team developed any form of ruck dominance with Wallabies winning 80 from 83 (96%) and Scotland 60 from 62 (97%).  However, from the start, and for lengthy periods during the game, the Wallabies lacked speed and intensity and were simply outmuscled, and frequently out-numbered, by the hard-working Scots.  The Wallabies certainly missed Pocock’s work rate, and turn over capability (10TOW in his 3 pool games), earning only 3 TOW against Scotland’s 5 TOW. 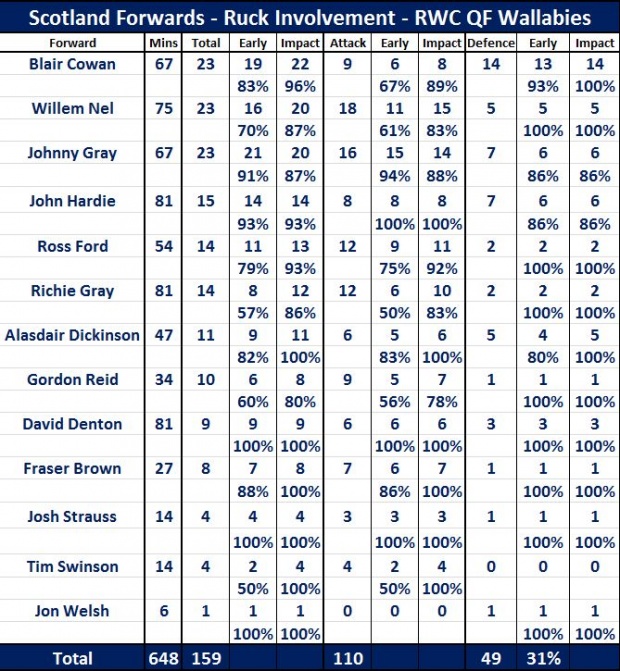 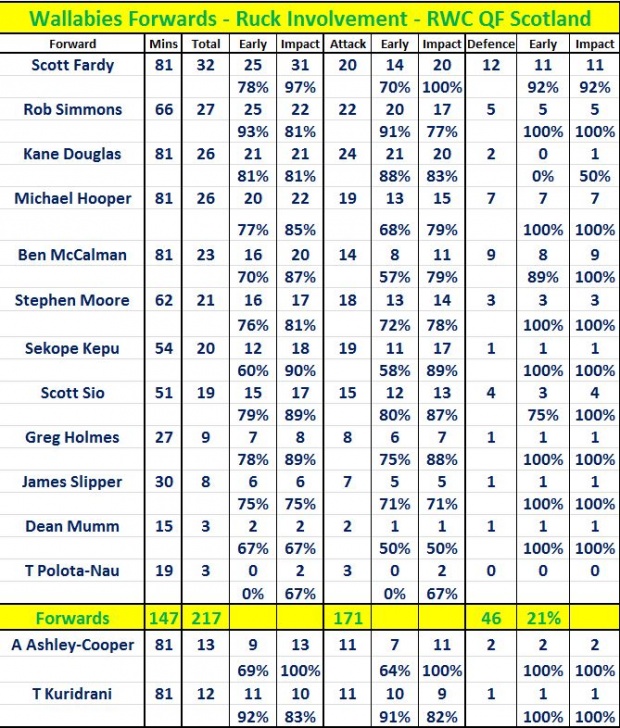 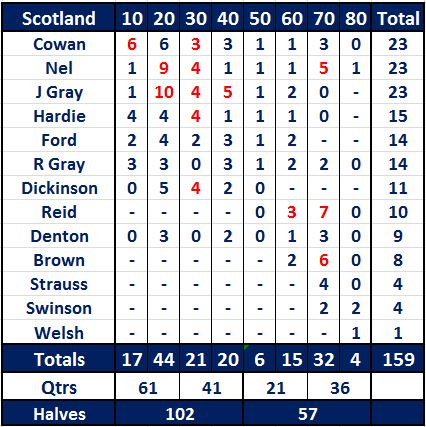 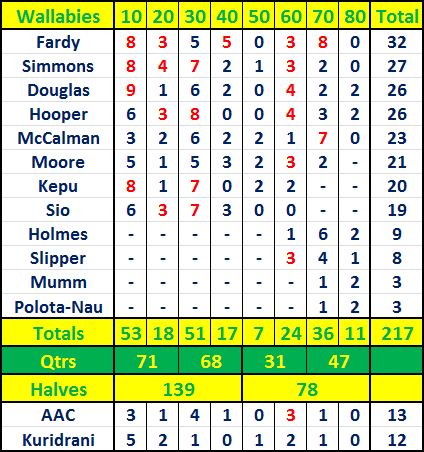 Why the Scots Can’t Feel Hard Done By After Joubert Got it Wrong
Scrum analysis: Wallabies vs Scotland