The Brumbies put on a commanding performance at Suncorp easily accounting for the injury depleted Reds for a 29-0 bonus point win.

The Brumbies were cohesive, disciplined, well-drilled, energetic and provided strong support in all aspects of the game.

The Reds’ performance lacked any real venom or intensity with some key players being totally out-muscled at the breakdown.  The Reds struggled to retain possession (41%) and make any territory gains (42%) against an effective Brumbies defence.

REDS v BRUMBIES – WHAT DO THE RUCK STATISTICS TELL US? 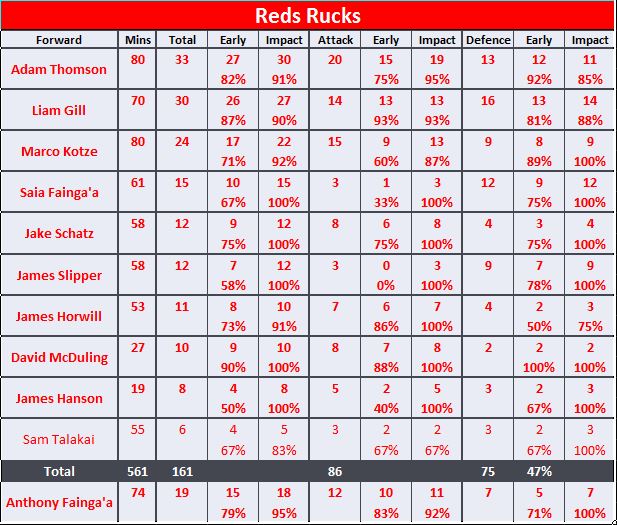 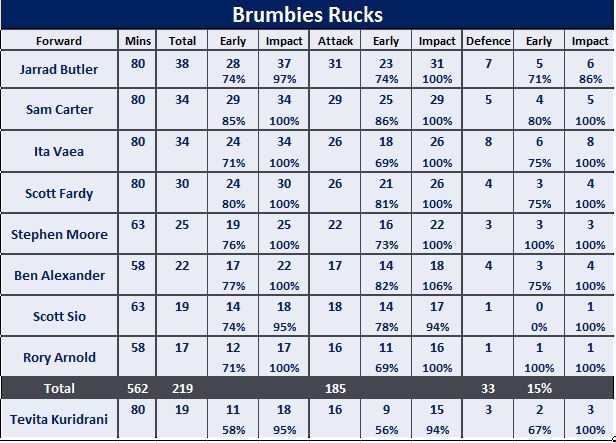 THE FOLLOWING TABLES SHOW RUCK INVOLVEMENT FOR EACH 10-MINUTES OF THE MATCH. 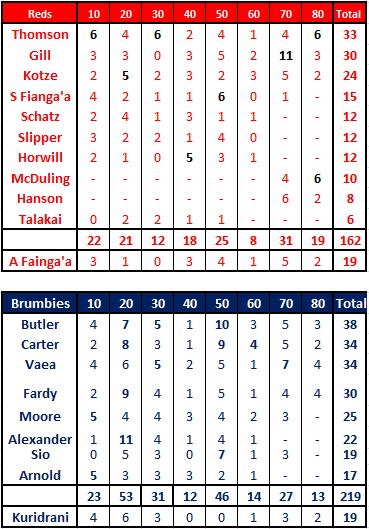