Rays too classy for Rising 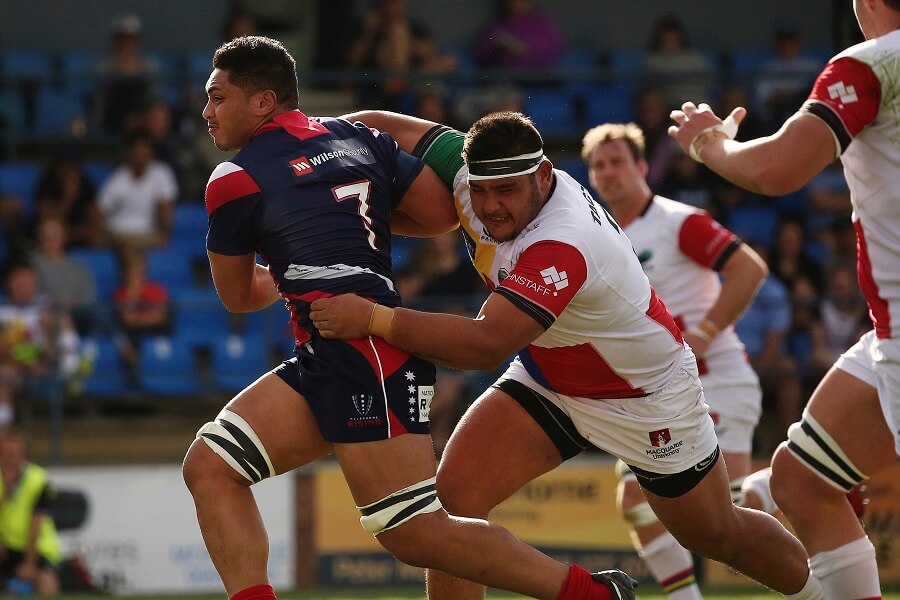 Both the Sydney Rays and Melbourne Rising headed to Pittwater Park on Saturday looking for their first win of 2017. Both sides played some wonderful rugby despite a strong wind, however, the Rays had too much class and composure in the end for the Rising.

Unfortunately for Melbourne rugby fans 2017 has been a tough year with only a solitary win thus far in total for the Rebels and the Rising. Although on a positive note the 2017 NRC Rising side is more inexperienced than prior Rising teams and the younger players are gaining valuable experience.

The start of the match was a period of both sides feeling each other out. It was almost 20 minutes before either team scored but then the Rays scored twice within three minutes. Tom Connor provided a pass to Latu Latunipulu who dived over in the corer under some close attention from the Rising defence. Latu Latunipulu was in for his second try a short time later following a Rays lineout on the 22, Sam Lane drifted across the field providing Latunipulu with a flat ball with Latunipulu barging through a couple of tackles to get over the line. The Rays led 14 nil after 22 minutes.

Four minutes later following a Rays scrum Paula Balekana burst onto a pass from Rohan Saifoloi, Balekana ran a quality line to burst through the Rising defence before sending fullback Harry Burey over the try line. 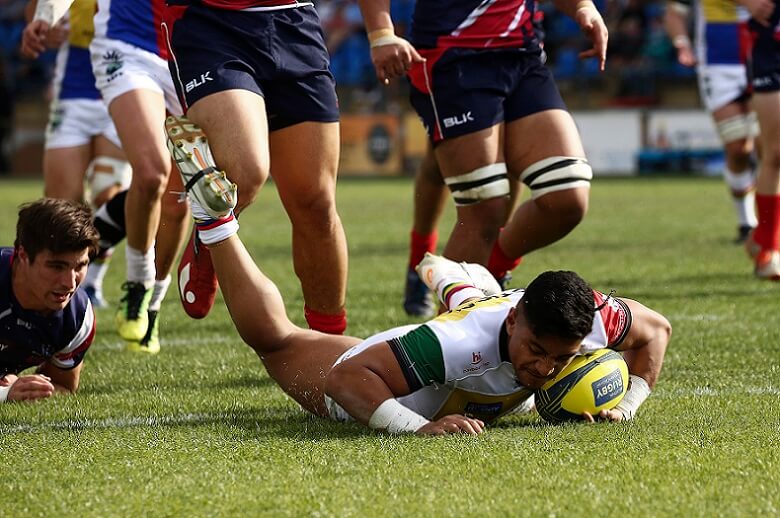 The Rising had made a number of breaks in the first 20 or 25 minutes of the match but their composure let them down and resulted in errors.

Finally a Rising break was capitalized on, after a dynamic 50 metre run down the left wing by Kitione Ratu. Ratu then threw an inside pass to Nic Stirzaker who passed to Sione Tuipulotu who scored under the posts.

The Rays struck back with a try to Tom Connor following a rolling maul from an attacking lineout.

Apo Latunipulu then decided to join his brother in the try scoring act pouncing on a lost ball by Hunter Paisami before running 40 metres to score behind the posts to give the Rays a commanding 31 to 7 lead.

Just as it looked like the Rays were running away with the game, Hugh Sinclair was yellow carded in the shadows of half time for kicking the ball away. The Rising were awarded a penalty try at a scrum a short time later to reduce the Rays’ lead to 31 to 14 at half time.

The Rays struggled to adapt to the wind early in the second half, with a couple of kicks being severely impacted by the wind plus Hugh Sinclair was still on the sidelines. In the 42nd minute Tuipulotu made an angled run before turning the ball inside to Semisi Tupou who went over for a try.

Jack McGregor showed some quick thinking when attempting the conversion. After he started his approach the ball fell off the tee and as coolly as you like he picked the ball up and with the Rays charging at him slotted a drop goal.

Seven minutes later, a scything run through the middle of the Rays defence by Semisi Tupou gained the Rising 40 metres. Tupou passed to his fellow winger Ratu before Ratu provided a wonderful flick pass to Jack Maddocks who strolled over the try line. The Rays lead had been cut to 31 – 28.

From a lineout near halfway Rohan Saifoloi ran onto a short ball to run through the Rising defence and gain 30 metres before passing to Latu Latunipulu, who ran 20 metres to notch up his hat trick to give the Rays a 38 – 28 lead with just over 25 minutes remaining.

Between then and the 79th minute the only addition to the scoreboard was a penalty goal by Saifoloi in the 71st minute.

With one minute left on the clock David McDuling dived over from a couple of metres out. The Rays claimed their first victory of the season 48 to 28. Whilst with the Rising being 0 wins and 3 losses you could almost stick a fork in their 2017 campaign. 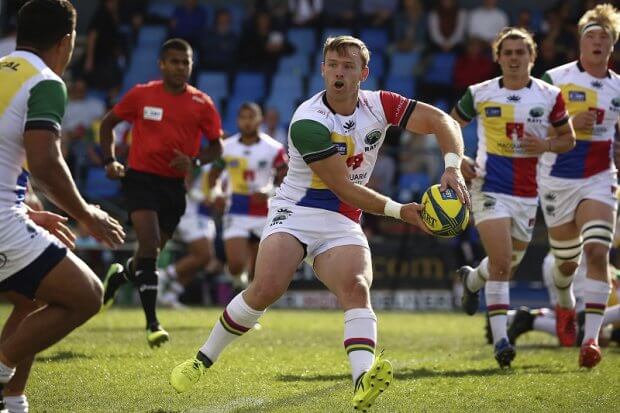 Clearly was the line break from Rohan Saifoloi which set up Latu Latunipulu’s third try which increased the Rays’ lead from 3 to 10 with just over 25 minutes remaining.

Latu Latunipulu had an outstanding game scoring a hat trick. Latunipulu showed both his speed and strength and also showed that he could work in limited space.

In addition to Latu Latunipulu, playmakers Sam Lane and Rohan Saifoloi were important players for the Rays whilst Paula Balekana showed his wares. In the forwards Tom Connor was very good. For the Rising Semisi Tupou, Kitione Ratu and Sione Tuipulotu had good games. In the forwards Ikapote Tupai was probably the best for the Rising, whilst Lopeti Timani given his experience was a little disappointing.