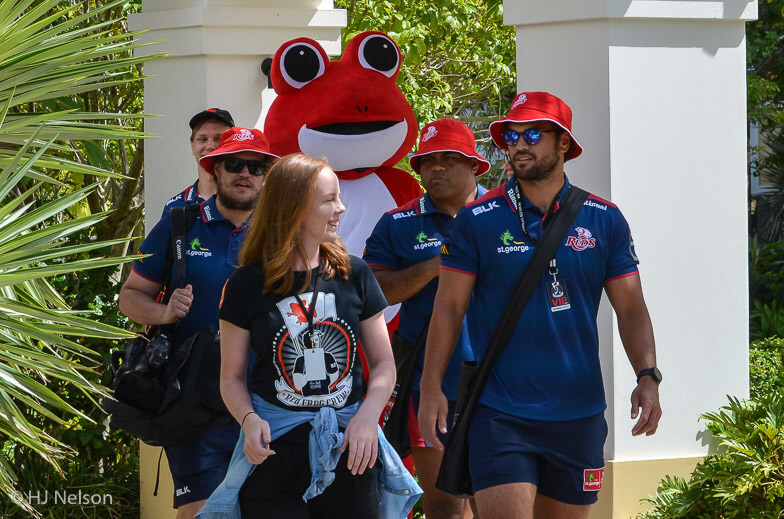 For Day 5 of the Queensland Reds pre-season training they took the opportunity to combine a training session at Bond University with a trip to Schoolies on the Gold Coast. 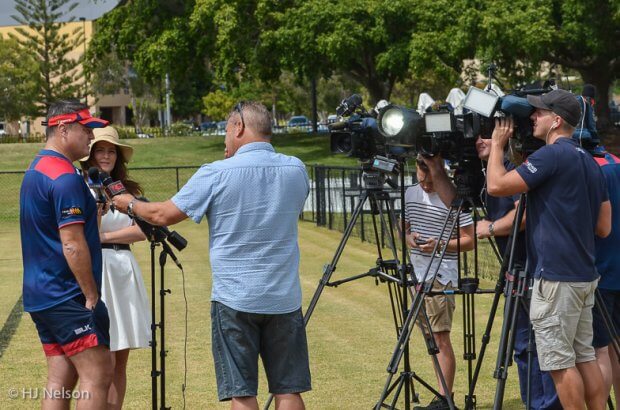 In front of the local TV media, Coach Nick Stiles was keen to point out that Bond University is not on-board with the Reds as a merely a sponsor, but as a integral partner. The Reds made use of the facilities at Bond Uni gym, before a training session on the rugby field. 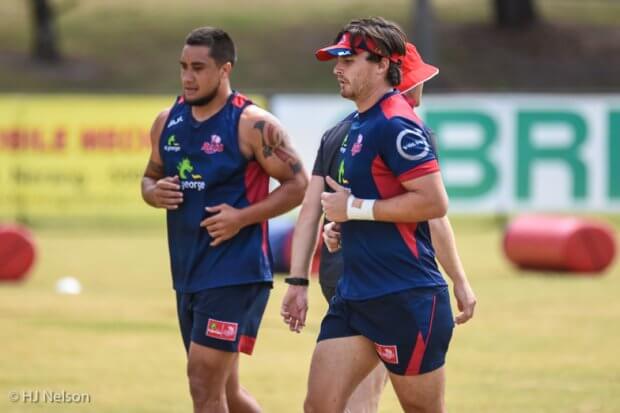 For some present, it was their first opportunity to see new recruits, such as Caleb Timu and Lachlan Maranta in Reds colours. Newly appointed assistant coaches, Brad Thorn, Shane Arnold and Jason Gilmore were also on hand, running the training drills, with Head Coach Nick Stiles overseeing proceedings. 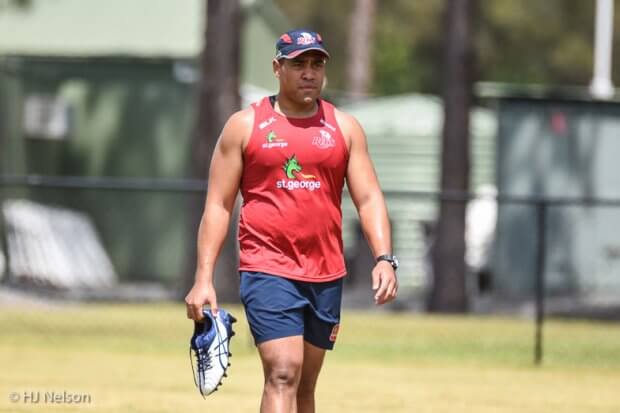 With Wallabies and Japan based players not present, it was an opportunity for some young prospects to run as part of the main squad, including Harry Hoopert, Harry Hockings and local product and Bond Uni Colt, Dylan Riley 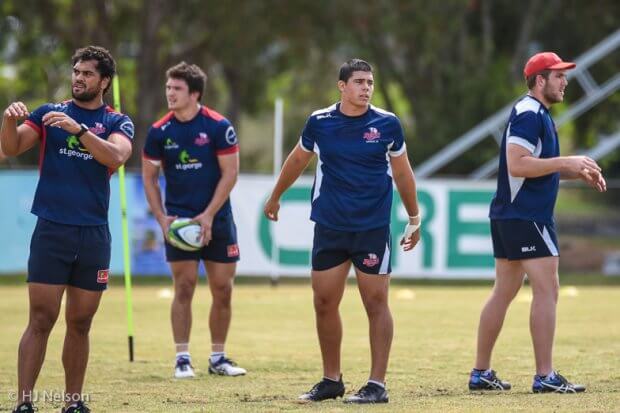 Encouraging news on the fitness front, with Karmichael Hunt running freely. Still in Team Rehab were Samu Kerevi, Chris Feauai-Sautia and Campbell Magnay, with the later due to return in January. 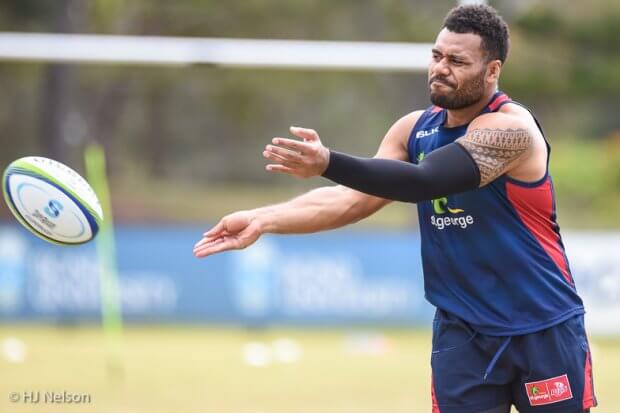 In the afternoon, the Reds players spent some time with volunteer organisation, Reds Frogs, which was founded by the Reds’ chaplain Andy Gourley. Players cooked pancakes, and handed out red frogs to weary schoolies who were in dire need of sustenance. 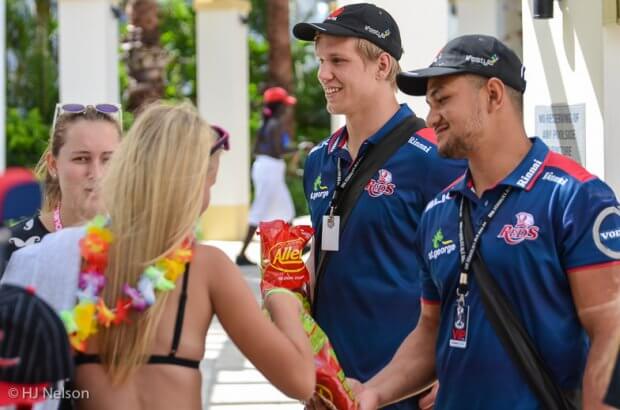 Tuesday’s Rugby News
Cheika: “Naive” Eddie needs to look at his own scrum