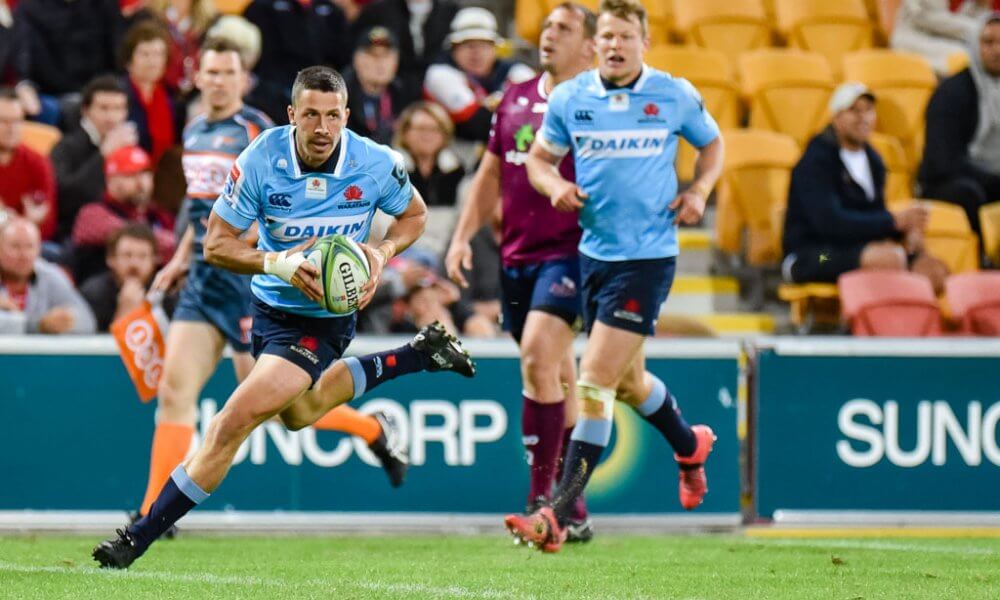 Queenslanders will never forget their eight-in-a-row era of State of Origin dominance but the New South Wales Waratahs have just eclipsed it with a streak of their own, securing their ninth win in a row over the Queensland Reds.

The 52-41 win at the old rivals’ Suncorp Stadium proved a shoot-out for the ages as a 15-try scoring bonanza snapped the Australian conference record for most-points scored in a game.

Four tries in a row, two either side of the half-time break, proved enough for the Waratahs to accelerate clear of a Queensland side who never backed away from the challenge.

Rugby, the 14,452 fans present at Suncorp Stadium and ultimately the Wallabies proved the greatest winners as both sides showcased attacking flair that will encourage coach Michael Cheika greatly ahead of camp this weekend.

In-form winger Taqele Naiyaravoro was forced off the field through injury in the 34th minute. 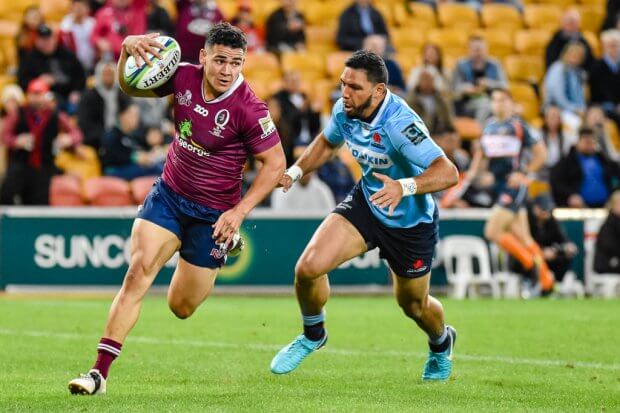 Queensland converted a New South Wales opportunity into points of their own as skipper Scott Higginbotham collected an intercept and found speedster Perese on his outside for a clean run to the line.

In what would become a common sight throughout the night, the Waratahs hit back quickly as Naiyaravoro drew two before popping an offload for centre Curtis Rona, sweeping around to the blindside for a corner finish.

Higginbotham added another try to his tally in the 13th minute from close range, only for his opposite Michael Wells to return the favour just five minutes later.

Foley’s perfect kicking performance kept the ‘Tahs ahead by a nose, 14-12. 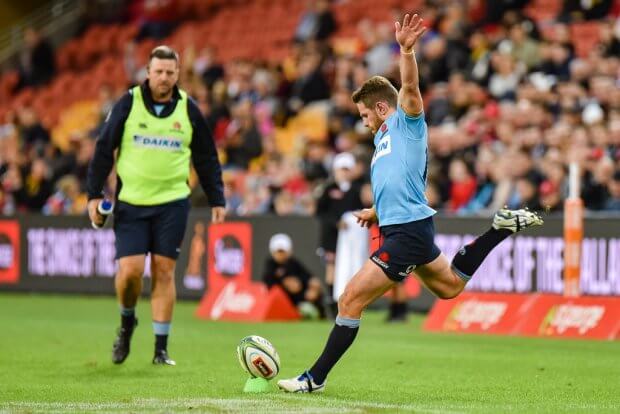 Some good fortune fell the Reds’ way as a forward pass from hooker Damian Fitzpatrick spoiled a belter effort from Cam Clark through the middle.

Naiyaravoro made amends with a solo effort to continue his red-hot streak against Australian opposition, striding out of three would-be tacklers to find the chalk on the left wing.

Israel Folau reclaimed the hearts inside the stadium he thrilled with the Brisbane Broncos and Queensland Maroons upon half-time, soaring high above Jayden Ngamanu to collect a cross-field kick to score. 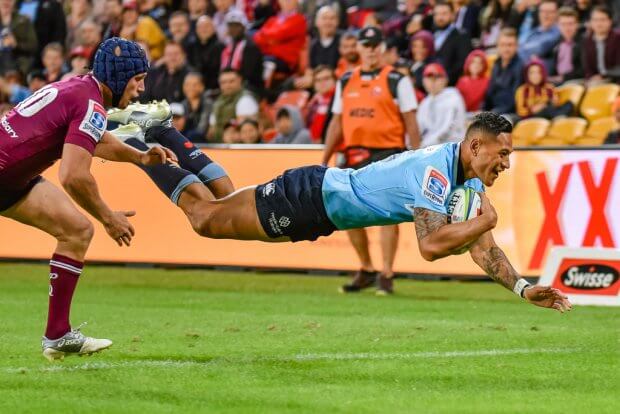 Israel Folau dives over for a try

Nick Phipps pounced upon a blindside overlap for the Waratahs to christen the second half, before a yellow-card to lock Kane Douglas for team discipline issues helped nudge open the floodgates further.

Folau was soon in for his second, carrying a kind bounce all the way home for to secure an intimidating 19-40 lead.

Queensland needed a try to rally around and Wallaby replacement Caleb Timu stamped his mark on the match with venom.

Hooker Alex Mafi rumbled over to stem the bleeding in the 54th minute while Timu slammed the door shut with a ferocious hand-off on Nick Phipps to bring the Reds back within 11. 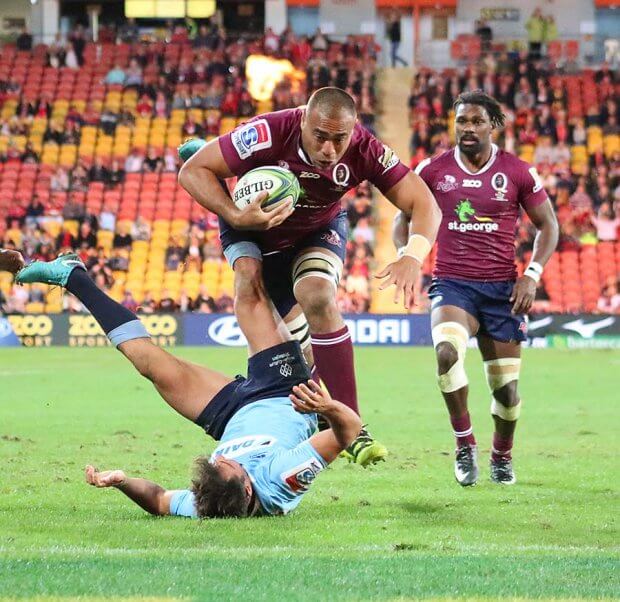 The Waratahs’ clinically finished an overlap on the right wing to partially quieten the crowd, crossing through substitute scrumhalf Jake Gordon and snatching a 47-29 lead with 15 minutes remaining.

Folau put away Cameron Clark for a well-deserved try four minutes later to seal the win, while the Queensland Reds scored two final tries in consolation to Jordan Petaia and Sef Fa’agase.

Rebels out for a big one
Rebels end Eden Park Hoodoo