PREVIEW – TAHS v LIONS – THE SEASON ON THE LION 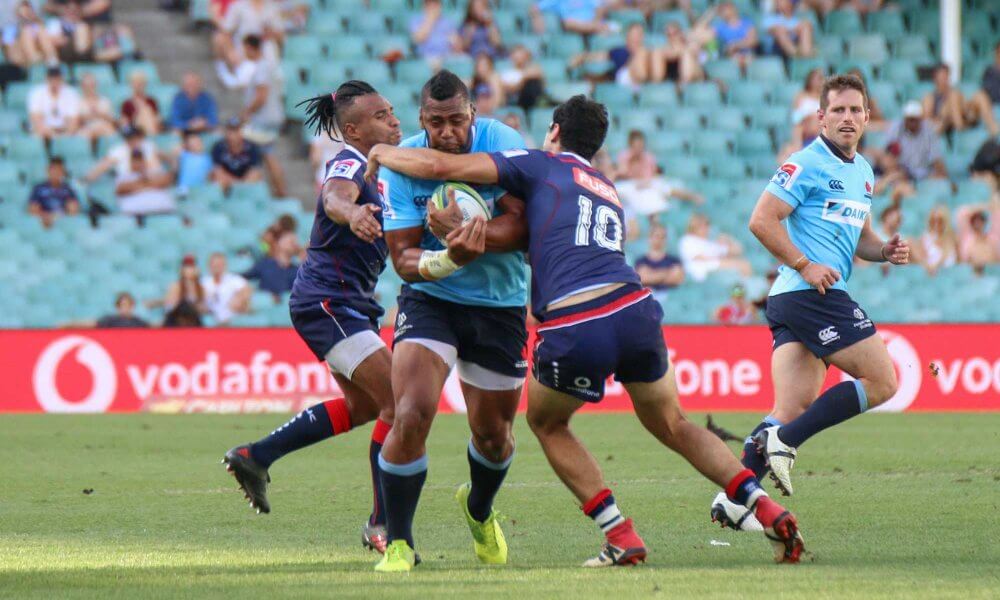 Can the Lions stop this man?
PREVIEW – TAHS v LIONS – THE SEASON ON THE LION

Fresh from a Heritage Round win over the now struggling Reds at the SCG, the Tahs move straight into the ANZAC round right next door at Allianz after a six-day turnaround. Meanwhile, the Lions come off the bye to start their major travel leg of the season. It’s the top team from each of their respective conferences, but at this time of year, sometimes such a standing can only flatter to deceive.

It’s a fascinating match-up. The 2016 and 2017 finalists, and the form team of Africa in recent times, against the Waratahs, coming off a dreadful 2017 but quietly finding some shape and purpose as 2018 unfolds. Most non-believers had the ponies and George Lucas’s boys as the favourites for Australian conference dominance, with the Tahs not really entering consideration as finals participants. It could still go that way, but I don’t think many tipped the Tahs to be conference leaders at this time of the year.

The formline is further clouded by the draw. Apart from an unsuccessful lightning raid across the southern Atlantic, the Lions haven’t left the confines of the republic. Their only other away match was a trip around the corner for the local derby against the Bulls, which they won. So they’ve played six of their eight home matches already. They’ve also played two Kiwi teams, at home, and lost both. The Crusaders loss is probably acceptable, but losing at home to the Blues? And it only gets harder from here, with a four-match swing through ANZACland to take on the Tahs, Reds, Canes and Highlanders. If ever there was a season-defining road trip – this is it.

Meanwhile, the Tahs have already logged their season’s frequent flyer quota, with the around the world tour done, Tokyo successfully dispatched and an away win in Canberra, a rare feat in itself. They have another five matches at home including this one, BUT, and it’s a HUGE but, they are yet to meet a Kiwi team. After the Lions, they face four Kiwi sides in a row, albeit easing into it with the Blues at home, as things stand Australia’s best chance of breaking the duck against Kiwi sides should no-one do it in the interim. So, like the Lions, the next few matches are season-defining. 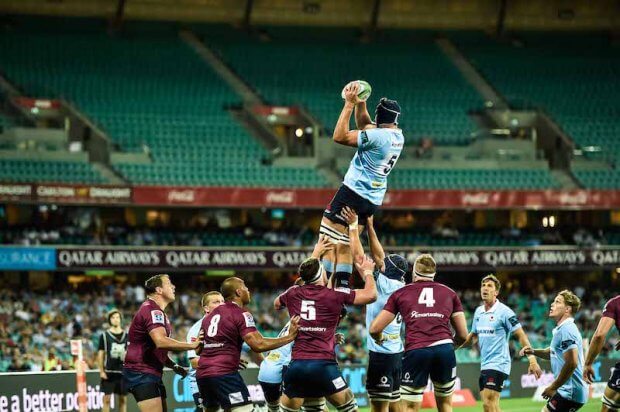 Rob Simmons – a surprise packet for the Tahs. Photo courtesy of Keith McInnes

If two teams at critical inflexion points for each is not enough, then give yourself an uppercut. If seeing the top team from two of the three conferences doesn’t whet your appetite, then change your diet. This really could be a belter, with both teams developing a style of rugby that belies their nationalities and is arguably the closest to a New Zealand style that each of their respective conferences has to offer. Overlay that with a new coach for the Lions, and a changed coaching line-up at the Tahs, with the Simon Cron effect becoming more obvious with each match. Something for the casual fan, something for the purists and something for the pundits.

The Lions tend to mix up their selections, and this week is no different. Changes in the front row (Van Rooyen in, Smith to the bench), Mostert playing out of position in the backrow (Ferreira into lock, Brink not in the squad), and a bench that has only three players from the previous match’s bench, including a rookie 9. Meanwhile, the Tahs have merely tweaked, with Miller to the bench, which shifts Hanigan to 6 and Staniforth in at lock. The backs remain the same, but with a 6:2 bench, Cam Clark drops out of the match day 23.

So, where’s the excitement? Where shall we look? Let’s start at the front.
Fitz v Marx. Yin and yang. Marx – the dominant hooker in the competition – a try scorer (equal leader for the Lions), a pilferer (best in the competition), and a physical presence around the park. Fitz – under the radar, but does the little things well. Technically strong, good tackler, also good over the ball, plenty of rugby smarts and a key link man in attack.
Hooper v Kwagga. Two of the best in the competition. Hooper a less than conventional 7, but increasingly better over the ball, huge energy and speed, a tackling machine and a key runner. Kwagga – a man seeking redemption after his brain-fart in last year’s final. Huge experience on the Sevens World Series, his playing style is not dissimilar to Hooper’s. He too will be busy all day. 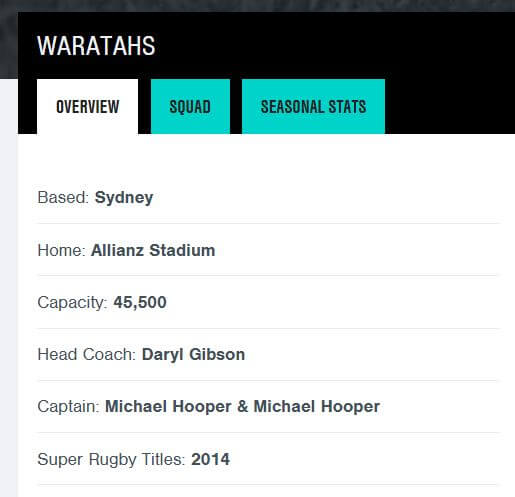 Hooper – twice the captain he used to be. Courtesy: https://sanzarrugby.com/superrugby/teams/?season=2018&competition=205&team=200

Gordon v Smit. On form, a huge mismatch, with Gordon the form 9 in the competition and Smit, not so much. A Gordon snipe or two from the scrum base could be the difference, especially if Smit is having a nod.
Nard v Elton. Sounds like a bad boy band, but the reality is these two, along with BB, are the leading 10s in the competition. How they steer their teams, and how well they kick, will be key.
Taqele. Smokin’ hot at the moment, and in the form of his life. His go forward is critical for the Tahs, so containing him will be at the top of the Lions’ whiteboard. Testing his defence may be an opportunity. 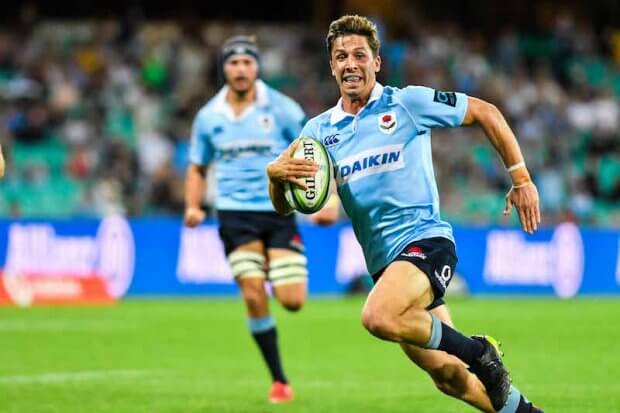 Expect more of this. Note the presence of workhorse Wells in the background. Photo courtesy of Keith McInnes

The Tahs are still creating their identity, but they’re looking a lot like the Hurricanes – lots of attacking opportunities, which can sometimes lead to turnovers, and a high number of missed tackles (although the trend is improving here), yet a good enough defence for only one loss so far. The scrum struggled early in the season but has improved significantly. That seems to be as a result of lots of hard work at training but also having Sekope back, and, surprisingly, Rob Simmons. Their return marked a distinct improvement in the Tahs’ scrum, but the Lions will put this to the test, although with Mostert, along with Retallick, the form locks of the competition, playing out of position in the back row, the Lions scrum may lose some potency. However, expect the driving maul to be a weapon and Marx to be looking for more pies off the back of it. The Lions will no doubt try to brutalise the Tahs up front, cause chaos at the breakdown and then let their slippery backs run, along with some nuances from Elton from time to time. However, the Lions also leak tries, having conceded more than the Tahs have scored, so the Tahs’ counter-attack, along with Taqele’s go forward, could wreak havoc.

The Tahs are at home, settled and with only a small change to their team. The Lions are away, coming off the bye, at the start of a long road trip, still no Warren Whiteley, and with team changes. It’s a critical point in the season for each team, yet despite the Lions being last year’s finalists, the Tahs should take this in a high-scoring match decided by a small margin. Which would make a wonderful double, as the Waratah women should win the Super W final being played as the curtain-raiser. Should be a good day to be in sky blue!