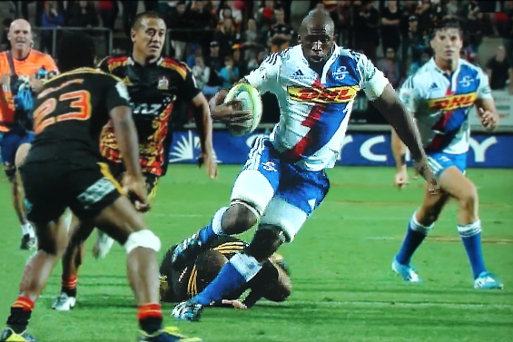 Australasia’s fourth placed Chiefs travel to Cape Town to take on the Africa’s second placed Stormers for what will be an electric match to decide who will progress to the Super Rugby Semi Finals 2016. The Stormers have yet to play a New Zealand side in this years competition, add in the wet weather forecast for Capetown and knockout football and we are in for a cracker.

The recent form of both teams is mixed. The Chiefs are coming off a hard fought loss to the Highlanders and with a 3-3 win/loss record in their last six games, while The Stormers have four wins, a loss and a draw including a loss to the Bulls, with last weeks match at home where they gave a 50-point beating to the Kings. The last time these two teams – the Chiefs and Stormers – met was in round 5 last year in Cape Town, where The Chiefs won 28-19.

The flyhalves curse continues for the Stormers with Jean Luc du Plasiss hurting an ankle in last weeks match against the Kings and is replaced for this match by Robert du Preez, himself coming back from a long term knee injury. Aside from this the Stormers are a settled side.

With game-breaking Seta Tamanivalu limping off last week against the Highlanders and his regular midfield partner Charlie Ngatai still out with concussion, the Chiefs have been forced into a new midfield pairing of Stephen Donald and Anton Leniert Brown. In addition, All Black Liam Messam was ruled ineligible for the playoffs by SANZAAR due to not being named in the initial season 40-man squad. Aside from the midfield and blindside flanker the Chiefs will also play largely the same team that lost to the Highlanders last week 25-15, with Brad Webber starting at halfback over Tawera Kerr-Barlow.

Midfield: The Stormers midfield of De Allende (12) and Huw Jones (13) has really hit its straps in recent weeks and will meet Stephen Donald (12) and Anton Lienert-Brown (13) who are a new centre pairing.

No 7: Sam Cane versus veteran Schalk Burger. Both men are captains and international players. Both are big ball running loosies and both have been instrumental in their teams’ go-forward, in setting up tries and making huge tackles.

Locks: Brodie Retallick (5) v Eben Ezebeth (4) will have a huge impact on the match. Experienced All Black and Springbok men who bring immense strength to tight play. In the wet, winning possession is key.

The conditions are going to be wet and although both teams play an exciting brand of open rugby we are likely to see a lot of kicking for field position and high kicks. Look for the Chiefs to play more conservatively and play only when they are deep in the Stormers half. The Stormers however know that they will only beat the Chiefs by scoring tries so look for them to run and keep possession from further out and use their powerful midfield and forwards to try to make breaks.

On a wet day both teams are likely to score tries but the difference may very well come down to goal kicks. The Chiefs will have three International goal kickers on the field and this could be the difference.