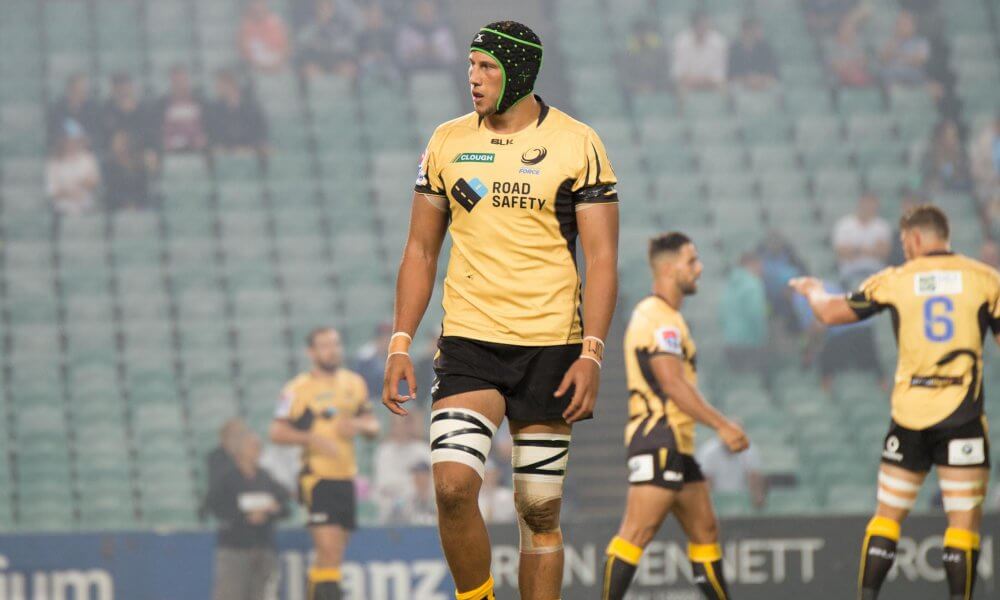 The Sharks have looked to have found their winning ways again and return home to host a plucky yet injury-ravaged Western Force in Durban on Saturday night.

Starting with the Sharks, they had a pretty good campaign so far this season. They currently sit very comfortably in the SA Conference’s wildcard sport, with six wins and an eight point gap between them and their nearest rivals, the Jaguares. However, they sit in 8th overall, and must continue winning games to consolidate their position in the competition and to hopefully finish higher, or they run the risk of running into one of the stronger Kiwi teams come finals time.

The Force are currently 4th in Australian conference (and 16th overall), but (as many of us have observed), have been playing a lot better than that. With only two victories this season so far, a win in South Africa would do much for the men from the west, who are currently playing for the future of the club. They have been very competitive in the last two weeks against two of the stronger teams in the competition, the Chiefs and Lions, but have been heavily affected by injuries and will go into this game as serious underdogs.

The last time the Force and Sharks played was in 2015, with the Sharks running out 15-9 winners in Durban

The Teams and Key Players

Sharks
The men from Durban have named a strong squad to take on the Force, with six internationals coming off the bench to really bring the Sharks home in the latter half of the match. They will look to play an upbeat tempo to try and wear the Force down, before bringing in several hard hitters to finish off the job.

In the starting lineup, Kobus van Wyk comes back into the starting lineup on the wing, while Sbu Nkosi will make his debut.  Jeremy Ward retains his position at flyhalf after a good performance last week against the Jaguares, and will be one of the danger men that the Force will have to shut down. While his defence wasn’t as solid, it was his good attack that saw the Sharks bring home the chocolates last week. Oh yeah, and then there’s Curwin Bosch, the leading point scorer so far this season in Super Rugby. Enough said.

The other real danger men are in the forward pack. Coenie Oosthuizen at prop, and Etienne Oosthuizen and Ruan Botha in the lock positions that have proven a handful for many opposition teams. The skipper Philip van der Walt caps off a dangerous forward pack, which will be hard to compete with at scrumtime.

Force
The Western Force have been heavily impacted by injuries to key players in the last few rounds, but they have still proved to be a tough nut to crack. The big news for them is the return of their pivotal Wallaby lock Adam Coleman to the starting lineup, which will give the Force a much needed boost at set piece. Tatafu Polota-Nau has also been in fantastic form for the men from the west, and will notch up his 150th game of Super Rugby starting at hooker once again.

The only other changes are the inclusion of Francois van Wyk, who comes onto the bench for the injured Ben Daley, and the movement of Jono Lance to the starting side at flyhalf.

Lance is a crucial cog to the current Force lineup, and they perform much better with him in the starting 23. He has been a telling factor behind why the Force have still be playing well, and despite his youth, is really developing a strong ability as a game changer. The Sharks will have to shut him, and workhorse inside centre Billy Meakes, down to shut the Force down, because with that duo, the Force defence and attack has shown real glimpses of promise this year, and shouldn’t be taken lightly.

The Sharks will have a good contest at scrumtime. In addition to Adam Coleman and Tatafu Polota-Nau, skipper Matt Hodgson, despite his age, has never been playing better for the club, and has had a knack for making a nuisance of himself in the ruck.

The real weakness of the Force lies in their reserves. Heath Tessmann and Richard Hardwick are a vital addition to the reserves, however it is a very young and inexperienced bench who will have to step up and give a big performance to finish off the game strongly for the Force.

The Sharks have a great record against the Force, winning 8 of their 9 previous encounters. The Force haven’t beaten the Sharks since 2007, and have also never won in Durban, which means they will have to put in a big performance.

Both teams are evenly matched when it comes to scoring tries. The match will be won at set piece and in the ruck, and the Sharks currently are the second and third most successful franchise in lineout and scrum success, respectively. By comparison, the Force are twelfth and ninth.

However, the Force has a big edge in goal kicking (with the solid support of Lance and his scrumhalf, Ian Prior), being the third most accurate in the competition. Both their victories have come off the back of excellent kicking and clutch performances, so if the Force can manage their discipline and force the Sharks into making mistakes, then there is points to be had.

This is going to be a tough ask for the men from the West. However, a win is possible here if they force mistakes from the Sharks, like the Rebels did over a fortnight ago.

However, the Sharks look to have found their way again in recent weeks, and with such a strong bench to bring them home, it may prove to be too much. I anticipate a close match up until the 60th minute, but the Sharks should pull away in the end and score a few late tries.

Kicking will make or break the Force in Durban