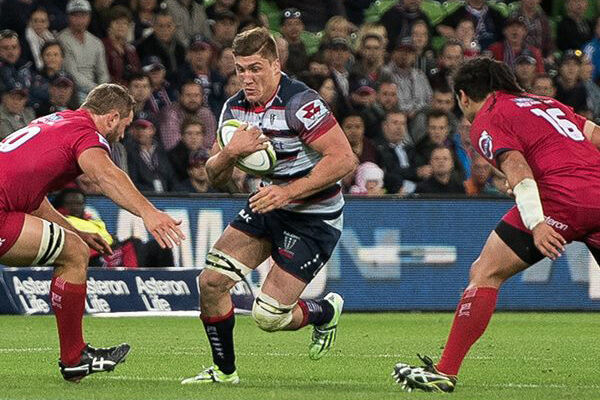 A tough game awaits the Rebels in Hamilton, where they will face the in-form Chiefs.

The Chiefs had the bye last week, and will look to maintain their position in the New Zealand conference.

The Rebels have only won a single game in New Zealand, defeating the Crusaders in Round 1 2015.  They need at least a losing bonus-point to keep alive their slim hopes of a maiden finals berth.

The home team will be without Charlie Ngatai, who is recovering from a head knock.  He has amassed some amazing stats this season, including defenders beaten (38).  He only runs second to his teammate, the 2016 season breakout player, Damian McKenzie, in defenders beaten.  Charlie is a big loss, but this should not have an impact in the Waikato offensive game.  Anton Lienert-Brown and Seta Tamanivalu are a capable combination.

The Rebels will be without winger Cam Crawford, ruled out after he broke his hand during the match against the Brumbies. Tom English will replace him on the left wing.  Mitch Inman will come back into the team after being sidelined after Round 6 due to injury.

Gone for the season: Cam Crawford

The amount of Tries scored offers a good indication of a team’s attacking success.  The Chiefs have scored 47 tries, which is the best in the competition, for an average of 34.2 points per game, and a point difference of +104 point in their 8 wins.  Conversely, the Rebels have scored only 28 tries for an average of 23.5 points.  More telling, they have a negative 23 in their point difference column in a 5/5 season so far.

Role by role the Chiefs have an overall upper hand over the Rebels, but there are some areas where the Australians might put the hosts under pressure.

The Rebels have a huge talent in the backrowers, Sean McMahon is having a stellar season and putting a lot of pressure on the two incumbent Wallaby 7’s.  Sam Cane on the other side, tipped to become the new Richie, is shining as expected.  He leads McMahon in the tries scored, offloads and passes rankings.  However, Cane trails McMahon in carries, meters run and defenders beaten. 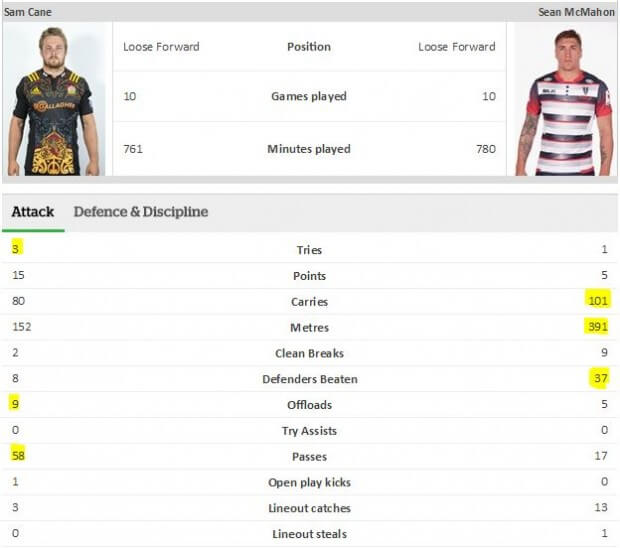 If you mentioned a year ago that an Australian Scrum was a strength, you would have probably been laughed at.  Nowadays, and in particular with the Rebels, it has become a weapon.  The Chiefs front row will struggle to contain James Hanson, Toby Smith and Jamie Hagan.  Dominating the scrum will be critical to give the Rebels any chance of a win.

This is where the superiority of the Chiefs is most evident.  Set aside Aaron Cruden’s pure genius, the Chiefs have in speedsters James Lowe and Toni Pulu two formidable wingers.  Damian McKenzie is a standout player at fullback, and is pushing for All Black honours this year.

By comparison, the Rebels’ attack is much flatter, and Debreczeni doesn’t have the same brilliant vision as Cruden.   With Cam Crawford out for the season, only ‘super’ Sefa Naivalu can compete in the speed department with the home team.

The Rebels need a massive performance to score a win against the Chiefs.  Unfortunately, they don’t look in a position to do so.  The gap between the Australian and the New Zealander conference is too big to convince us to backs the Rebels this week.