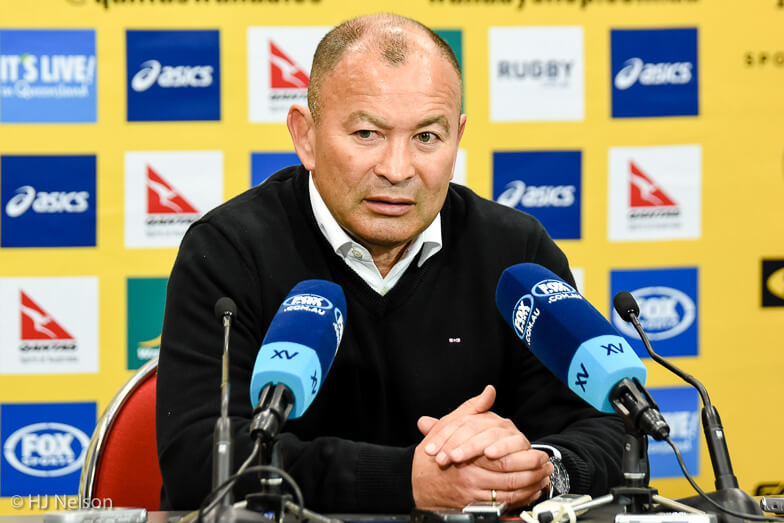 I reckon that all most of you will have been delighted with a Jocks’ victory over the SDs last night. A Taff loss to the Leprechauns is the one positive for the Queen’s loyallest subjects and the Frogs are likely to dominate the Italians (scores TBC when I can be ‘bovvered’ to wake up). In other news, we have a wrap up from the Super Rugby trials with covid problems for the Reds and law explanations from the weekend.

Well, folks, the woes of the English sports teams continue. Not only are their combined cricketing sides 0 – 14 against Australia, they now can’t even beat the Jocks! Granted, I predicted a few weeks ago that the Jocks would be a more than capable side and, in recent history, they do have the wood over the SDs so the result can’t really be termed ‘an upset’. The match itself? Well, a cracker of a game it was not. While there were definite periods of excitement, especially within the last 15 minutes, it was a rugby match synonymous with true European rugby. But who are we to complain when the SDs get beaten!? Further, I do wonder if a poor 6N season could spell the end for one Eddie Jones. I mean, if Justin Langer can get sacked for allegedly being a prick then surely Eddie is well fucked! Then again… classic Eddie Jones… three years seems to be his optimal efficiency level with a side before it all goes to shit. Along side this, it was VERY curious to see Marcus Smith get dragged with 15 to go… Eddie will definitely be rueing some decisions made. It’s amazing what pressure does… as well as a clearly inflexible game plan! Whoopsie!

The Irish gave the Taffs an absolute licking. While the score could arguably have been higher, the Irish game plan was clinical from start to finish. The PotM, Mack Hansen, from the Western Irish county of Canberra, demonstrated his potential. While I’d admit I wouldn’t’ve seen in him in Wallaby’s colours any time soon, it’s still galling that yet another player has qualified for a different country simply from a familial connection. I fucking hate that law. But it is what it is and good on him for taking the advantage while he can. The Irish have superbly set themselves up for a strong 6N championships and are definite contenders alongside the French.

The U20 competition has started this weekend, too. The Irish defeated the Welsh 53-5 (again, the Irish side left points begging), The French U20 defeated the FIATs 41-15 and the English defeating the Scots 41-24.

The Force have defeated a severely depleted Reds side in their trial match this afternoon. James O’Cocaine O’Connor and coach Brad Thorn joined a plethora of Reds players in a covid-enforced isolation after a second covid outbreak within the squad. Jordan Petaia and Jock Campbell were other notable omissions in the side to play the Force. All are now in doubt to face the Tahs in their final trial match next week in Roma. The Force, who played some good rugger in between a mass rotation of players came away with a morale-boosting 42 – 33 win which included scoring the final three tries. Again, read into a trial match at your peril; however, winning is a habit!

The Ponies and Rebels had a weekend off in preparation for their upcoming trials in Albury next weekend. The Drua have a match scheduled against the Rebs in Melbourne (I believe at Quins) in the next week or so, too.

Across the ditch, Moana got their first taste of Super Rugby with a 61-7 pasting from a decent looking Chiefs outfit. The Blues beat the Canes 28-21 in some pretty poor conditions.

There has been much said by the twitterati and trolls on Facebook about three contentious moments from the SDs and Jocks’ match. I’ll explain these moments here:

“The quick throw”. Casual pundits and the like blew up over this moment, similar to a certain try scored by Wales in 2011 v the Irish, when it appeared that the Scots had taken a different ball for a quick line-out. Now, the key here is to identify in law what constitutes a ‘full line-out’. Law 18 covers the line-out, and subsection 9 states that the line-out is formed on the line of touch. This was done. Subsection 10 states that players form a straight line parallel to the line of touch with a 0.5m gap between the two sides. Tick. Subsection 11 states that there must be a minimum of two players from each side present for there to be a line-out ‘formed’. Yep! Subsection 12 (sorry, but the laws are tedious as…) is that the line-out is formed without delay. Done. 23(c) states that the ball must be thrown in “without delay” which was definitely the case here. Thus, it was a line-out taken quickly rather than a quick lineout (thanks, KARL, for that line).

The penalty try and subsequent yellow card to LCD: firstly, strike one to LCD for pretending to play winger despite being a hooker. No one to blame here but himself, Eddie Jones and the fuckwit winger thinking he’s a centre. Strike two, the law covering unfair/foul play is 9 subsection 7B, stating a player must not “Intentionally knock, place, push or throw the ball with arm or hand from the playing area”. Furthermore, law 8 subsection 3 covers how a penalty try may be awarded, being “A penalty try is awarded between the goal posts if foul play by the opposing team prevents a probable try from being scored, or scored in a more advantageous position. A player guilty of this must be cautioned and temporarily suspended or sent off. No conversion is attempted.“. The long story short is that the player who committed an act of ‘foul play’, in this instance, LCD, is essentially taken out of the equation (‘Hollywood Walsh gives an excellent explanation here) – that is, his contribution is null and void. Thus, when Ben O’Keeffe saw the high and wide angles and found that there was no cover defence within cooee, a reasonable assumption would be that the Scottish winger, Darcy Graham, being an international-level winger, would have caught the ball if unimpeded (i.e. because LCD is taken out of the moment) and would have PROBABLY scored a try.

The third was in the final act of the match. The English had a series of scrums over the final minutes and into the overtime period.

Paul Smith writes some interesting facts about the scrummaging up until this point: “Looking at the previous patterns, the scrum was untidy throughout, not just in the closing stages after the replacements arrived as is often the case. The first half saw England feed all three set-pieces from which they were awarded two free kicks for technical offences and one penalty. Prior to the final sequence the second half saw Scotland win a free kick and a penalty plus two pieces of clean possession from their four feeds while the visitors won a penalty from their only put-in. This all added up to only two of eight scrums successfully restarting play, but more relevantly four were set once and four twice which – with Ben Youngs being required to put the ball in on four occasions – made the final set-piece a total statistical outlier. On balance of probabilities it is therefore hard to avoid the conclusion that an England penalty would have resulted at any other point in the game, which feels inconsistent.”

All we can ask of referees, myself and KARL included, is that (we) they’re consistent. As some captains say, consistently good or consistently shit, as long as it stays the same. It’s hard to argue that, on the balance of what the game had seen from a scrum perspective, that the decision, i.e. a reset, was incorrect. I can’t say I’d have done the same thing because I’ll never be in that position; however, I would hope that, in a similar moment, I have the clarity of thought and the patience of a saint like Ben O’Keeffe had.