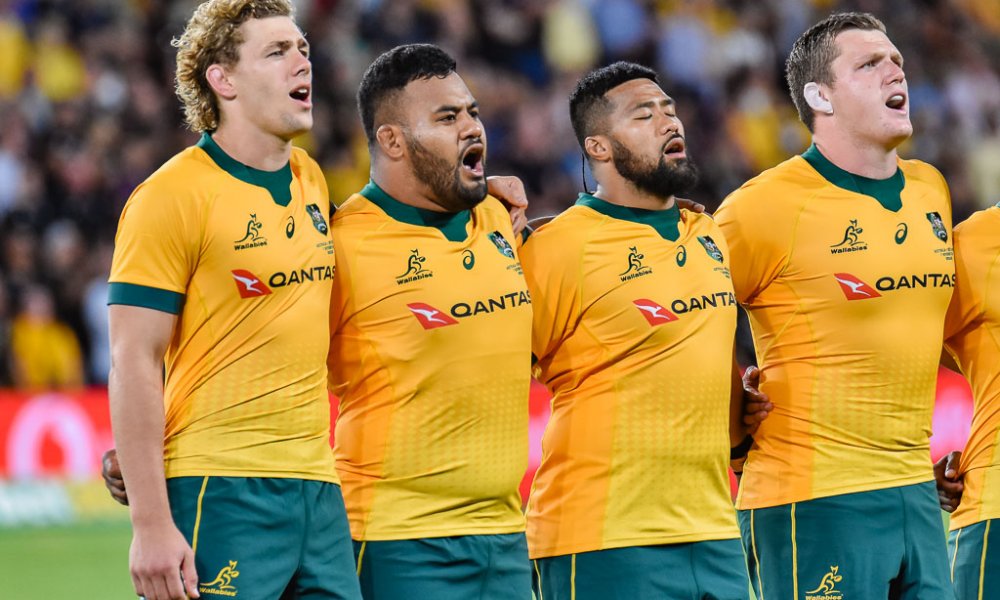 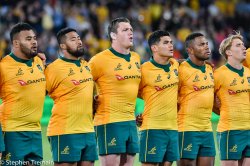 The Wallabies have been held to their second draw of 2020, forced to share to points with Argentina as both sides were locked at 15-all at the end of 80 minutes at Mcdonalds Jones Stadium in Newcastle.

It was a game for the rugby purists as neither side would cross the tr-line, with the Pumas holding out multiple attacking raids during the first half.

Ultimately it would once again come down to the boot of Reece Hodge, who missed a tough penalty kick to break the deadlock, leaving Australia in last place on the Tri-Nations table.

The miss left Hodge devastated after the match despite contributing all 15 points, admitting that he felt like he ‘let his country down.’

“I feel like I’ve let the country down,” he told Fox Sports.

“It’s a pretty tough one to take at the moment. We were up 15-6 and had our chances to seal that game.”

Coach Dave Rennie was like all Wallaby fans after the match, incredibly frustrated with their inability to close out a game.

“At 15-6 we had control of the game, we had chances to pin them in the corners.

“We had a fair bit of success from kicking; looks like we got bored of it. Played and overplayed and turned the ball over and brought them back into the game.

“Disappointing, we should have closed that out. We’ve really got ourselves to blame.

“When Nic White kicked we were able to apply a lot of pressure. Reece put a bomb up at one stage which we went into the game and had a plan and got some success out of that.

“But we had a lot of opportunities from two or three phases to then drill a corner and they’ve got no-one there and we turn that into a foot race and apply a bit of pressure and maybe we get a set-piece down there.” 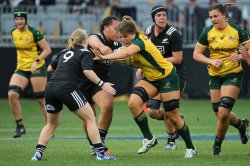 The Wallaroos are optimistic about their 2021 World Cup campaign despite copping a difficult draw.

The Aussies have drawn defending champions New Zealand, Wales and the Final Qualifier Winner in Pool A for the event in New Zealand next September.

Top-ranked England and fourth-seeded France have been drawn together in Pool C alongside Fiji and South Africa whilst third-ranked Canada and inaugural champions, the United States, will be in Pool B for the 12-team competition.

With the squad set to reconvene in December at the AIS, coach Dwayne Nestor remains confident that they can improve on their sixth-placed finish from 2017.

“It’s not going to be anything new with us playing the Kiwis and Wales have just picked up a new coach in Warren Abrahams and then the qualifier,” Nestor said on Friday.

“If you want to win a World Cup, you’re looking at winning every game regardless of who gets put in your pool.

“I said to the girls a couple of years ago, ‘we will beat the Black Ferns’ and if it happens to be at the World Cup that will be a nice environment to do it in.”

This was shared by captain Grace Hamilton, who was excited about the prospect of having a World Cup in the Southern Hemisphere for the first time.

“I’m incredibly excited about the prospect of Rugby World Cup 2021 in New Zealand,” she added.

“To have it in the southern hemisphere is going to open people’s eyes to our World Cup and I know New Zealand will be fantastic hosts.

“Now that we know we are meeting New Zealand, Wales and the Final Qualifier Winner, we can take up our preparation up another notch and we are all looking forward to Test Rugby again.” 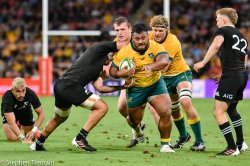 Taniela Tupou  on the charge

After returning to the Wallabies starting line-up over the weekend, the story of how Taniela Tupou became a Red has come to light and it will warm the heart of every front-rower out there.

Having made his name in Auckland for Sacred Heart College First XV, Tupou had several clubs looking to secure his signature, including Dave Rennie’s Chiefs.

Ultimately he chose the Reds, with the Queenslanders offering him his first pro contract at the mecca for front-rowers, McDonalds.

“I went down there and watched them train twice and met up with Dave,” Tupou told the Herald.

“He told me he wanted me to stay there and join the Chiefs.

“The Waratahs were interested in signing me and the Brumbies spoke to my manager. When I finished school, my brother told me he thought it was best I come to Australia because there were more opportunities there. I knew I was coming to Australia but wasn’t sure where I was going to go.

“There was offers but the Reds wanted it more. I met [Reds general manager] Sam Cordingley in an Auckland McDonald’s restaurant and signed my first rugby contract there for the Reds.”

This was verified by Cordingley, who revealed to The Herald that a couple of Big Macs helped ensure that Tupou would eventually be in green and gold for the future.

“I was hoping that one never got out,” Cordingley joked.

“Talking to his agent, we said rather than do this from a distance, face-to-face is better. I flew over to Auckland and he wanted to meet in a location that was comfortable with him. The north Auckland McDonald’s was the preference. I think I bought him a couple of Big Mac meals.

“I remember thinking, ‘I just can’t let Damien Marsh, our head of physical prep, know that I’ve done this’.

“We don’t often like to sign up guys based on highlight reels alone but we thought that anyone with that sort of physical ability is going to be able to transition pretty well.” 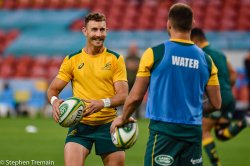 Whilst it won’t show up on the table, the Wallabies are taking Saturday’s result as a ‘losing draw’ after failing to close the game out against Argentina.

You could argue that this was the second time that the Wallabies have been on the wrong side of a draw in 2020 following the heart-breaking 16-all draw in Wellington against New Zealand last month.

Playing his first international in his hometown, halfback Nic White conceded that the result had left the dressing room ‘shattered’.

“Bugger aye,” the halfback said to reporters after the game. “Pretty disappointed.

“Almost every time I say there’s a draw someone comes away with it being a winning draw and another team a losing draw, and I certainly feel that we’re in that category – the latter.

“That game was there for us to close out and we’re pretty disappointed that we haven’t closed that out and learnt from Wellington, so pretty shattered.”

White backed the assessment from coach Rennie that they got ‘bored’ with the kicking-heavy approach that put them comfortably ahead, failing to adapt to the greasy and wet conditions.

“Yeah definitely, I think we got to a position where it was 15-6 and it (the rain) was starting to come down and the wind was behind us and I just feel like we played a lot in the middle of the field,” he added.

“Probably just a better understanding that they’re the moments and sort of conditions where it’s probably better to play without the ball and I thought Argentina did that a little bit better than us, and we saw that they did it against the All Blacks last week and then they did it against us.

“They gave us a lot of ball and enough rope to strangle ourselves…It’s going to be hard reviewing and moments like we these we’ve got to learn and we can’t make these mistakes.”