Laws – a special time of the year 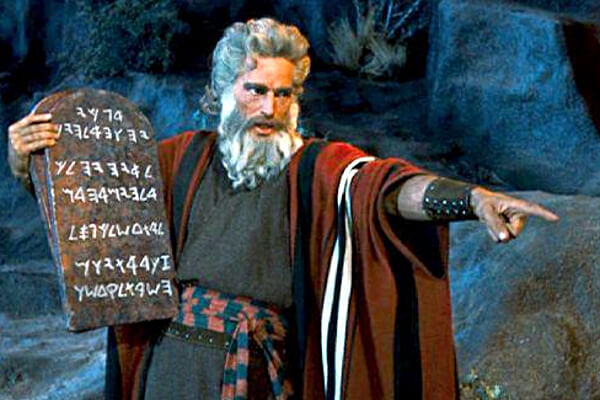 Laws – a special time of the year

The smell of cut grass, hailstones the size of cricket balls, 47 degrees in the ‘burbs, the variously liveried flannelled fools playing here, there and everywhere, and surf carnivals up the wazoo. What does it all mean? Rugby season of course!

But wait! Before the blood flow moves elsewhere in the body, we must prepare ourselves. We must prepare ourselves to combat the bombast of alternative facts which will spew forth from our audio-visual devices as the commentators attempt to educate us on the Law changes. We must be prepared for that question on a Friday night, after the third bottle of pinot, when someone asks, can the definition of ‘immediate” vary according to the number of people nearby? (Note 1)

Therefore, our preparation needs to consider the output from the dark rooms of Dublin, and then how that output is translated to work not only south of the equator, but in Straya, as we did last season here

Rosetta Stone – not needed this year

Happily, the Rosetta stone has not been needed as much this year. The alignment between World Rugby, SANZAAAAAAAAAAAR and the ARU and Community rugby shows a high correlation, which will make life easier for all.

The application in Super Rugby will almost totally match that for the rest of rugby in Australia, at least at the start of the season, and we won’t have any timing anomalies, such as where a Law is rolled out in Super Rugby, but held back in Community rugby. Nor will we have difficulties between hemispheres – the Southern Hemisphere applies the Law Variations from 1st January and the Northern hemisphere from 1st August.

The Law Variations will be trialled for one year.

Better still, the June Tests in the Southern Hemisphere will be played under the new Law Variations, unlike the folly of seasons past, where new Laws were used in Super Rugby, and then rolled back for our precious, and obviously band-width challenged, northern tourists.

Being rugby, why make it simple when it can be complex? Potentially the change which will have the biggest impact isn’t even a Law change. Nor is it a “Clarification in Law”, but a “Guideline”, which can be found here.

There has been much chat about it, especially in the north, and not without reason. It is, of course, the “dangerous tackle” update. The motive behind it is simple and obvious – all the research is showing the impact of head injuries is greater than previously thought, and has long term consequences.

Therefore, the head needs to be protected, and that means a higher standard needs to be applied to tackles, putting the onus on the tackler to execute without coming into contact with the head of the ball carrier. Some coaches have complained that this means their players will have to change their tackling style. Um – yep. That is the whole idea, especially those who like a good smother tackle or to go for the strip, or both.

Coaches need their players to change their behaviour

The risk/reward equation has therefore changed, with a much greater chance of a card (of either colour) being handed out, which means coaches will need their players to change their behaviour. It gets harder for match officials too, as one of the questions they will need to ask relates to the intention of the tackler. The decision making tree for the match officials is as follows:

The starting point is simple – was contact made with the head? If so, it’s a penalty kick [PK], at the very least. Then the three questions above are asked, very much like the process for determining sanction for a contest in the air. In simple terms, if there is a “yes” to 1 out of 3, then it’s a PK only, 2 out of 3 = Yellow Card [YC], and three of a kind = red card [RC].

An example of the latter is Malakai Fekitoa’s coat-hanger against Ireland last November here.

He was given YC at the time, but under these guidelines, RC would be the sanction – it started high, it was deliberate, and it was a forceful hit (as indeed the judiciary at the time confirmed, plus a one week ban). At the other end of the scale, a hit that starts on the chest, slides up into the head, but the tackler then stops, would be PK only. So, what could possibly go wrong? Some issues to watch for:

One of the hardest parts of the game to adjudicate is the touch-line, not only because it requires some interest in the match, but also some hand-eye coordination, and intricate knowledge of some of the most convoluted Laws known to man outside the Tax Act.

A lot of it has to do with that great rugby fiction, the “plane of touch”. In a moment of clarity, in between pints, World Rugby realised this may be over-complicating things so they’ve attempted to simplify. Which they have, in part. However, rather than removing the imaginary plane, they’ve simply moved it to other parts of the field. What World Rugby taketh away, it giveth back….

First, the simple parts. If the ball crosses the plane of touch, and a player manages to somehow get it back into the field of play before it or the player touches anything beyond touch, then play on. A benefit to skilful players and something aimed at keeping the ball in play and for longer. So far so good. Another simplification – when asking questions about touch, it now doesn’t matter whether the ball is moving or is stationary. At face value, this is a simplification. But, and there’s always a but….

Now, to the tricky bit. The plane reappears, with a cameo on the touch-line, but also with leading light status at the 22m, the goal-line, touch-in-goal line and dead ball line. Why? It’s all about who took the ball into touch.

Exhibit A: A player prepares to catch a kick. He (for the sake of this non-gender specific example) places one foot out and then catches the ball. That means the ball is out – no question and no change there. However, where he first touches it is mission critical. If he caught it BEFORE it hit the cameo plane, then he is deemed to have taken it out. If however, the ball crosses the plane before he touches it, then the kicking team took it out.

Sounds simple right? But the same logic applies to placing the ball in-goal (no putting the foot into the in-goal and then bringing the ball back), judging whether inside or outside the 22, or touch-in-goal or the dead ball line. This will trip up a majority of spectators, a significant number of commentators, a few players and the occasional match official. Apart from that, it’s a doddle, because this will simplify the Laws.

Plenty for discussion amongst the rugby aficionados especially with Super Rugby kicking off on Thursday. There have been some tweaks to Sevens Laws too, but that’s a mere distraction right now. The good news is, all the Law changes are trials, so they could all be reversed by the end of the year, and we’ll be back where we started. Thankfully, it’s a simple game…..