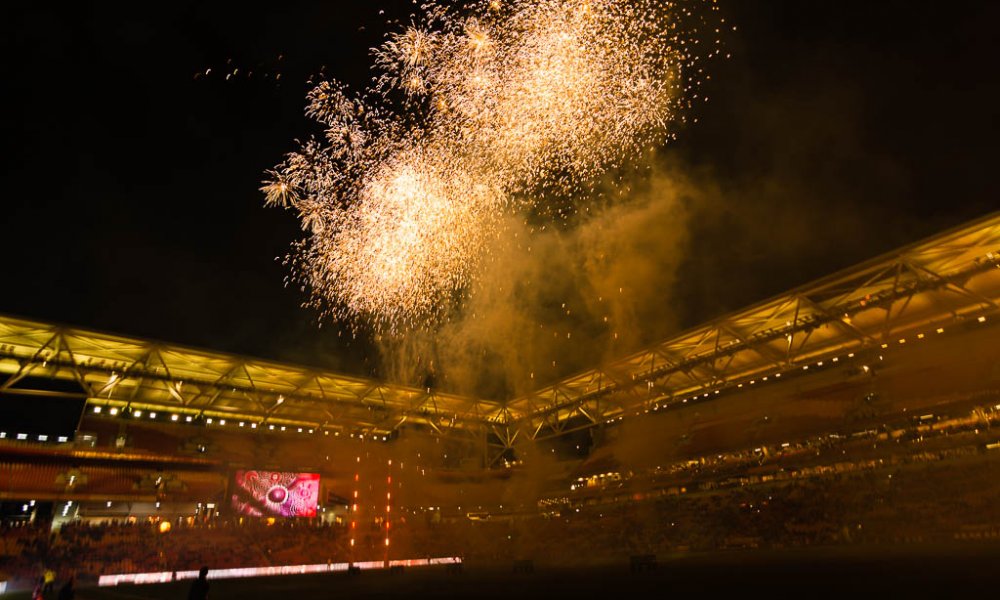 Not quite the half way mark for the next game but time for the anger and disappointment of the last game to sink down and for some hope to gently start rising again as we contemplate what changes are needed to move the Wallabies forward.

‘Give these guys a chance’: Ex-Wallaby’s World Cup message for next gen amid No.10 crisis

If there’s a player who knows what the next generation of Australian rugby stars might be feeling like at present it’s Berrick Barnes. On the basis of one starring match in his first season, against the Highlanders, he was plucked to be in John Connolly’s RWC2011 squad. Calamity would strike in that World Cup as Stephen Larkham went down on the eve of their crucial pool match against Wales and Barnes, off sightseeing castles at the time, was called into the 1/4 final match. Unfortunately the Wallabies would go on to lose to England in large part thanks to a dominant scrum in Marseille.

15 years later, and 12 months out from the 2023 World Cup in France, Dave Rennie is at a point where the playmaker he wants to lead the Wallabies at the campaign may or may not be there after Quade Cooper suffered a season-ending injury in Argentina in this year’s Rugby Championship opener. Rennie is Cooper’s biggest fan because he believes the veteran Wallaby can carry out his game plan, which is complex and relies on many moving parts. It is, in large part, why James O’Connor was axed from the Wallabies’ squad after presiding over the team’s record 48-17 defeat in Argentina. “James got a crack in the last Test. We thought his experience would be really important and wanted him to drive the ship, allow us to implement our plan and we were pretty clunky, to be honest, lacked cohesion, so he’s missed out on selection,” Rennie said.

While a number of talented young playmakers are emerging, including Waratahs duo Ben Donaldson and Tane Edmed, at this stage they don’t yet appear ready to be tested in the pressure and intensity of international rugby.

But Barnes, contemplating his almighty rise in 2007, believes no one can be written off. “I was fortunate when I did get a chance, I was ready to grab it. That’s why I’m talking with these Waratahs 10s, it’s too early to try to say they’re too young because you just don’t know within 12 months, and within a different environment, how they’re going to go.” he said.

Now, I personally don’t know whether the youngsters will be ready or not and maybe the issue isn’t so much the players as the complicated plan that Dave Rennie is putting together. I know going back to Cooper has worked well in parts (obviously injuries to an older body are an issue) but I’m not sure that because this worked DR should be looking at other options like Foley. I personally think it would be a huge mistake to bring him into the team and I would absolutely look at one of the up and coming players and try them out as I think moving forward this will be a much better solution.

There is some hope

In news that will gladden the heart of Wallaby supporters No 8 Savea and blindside flanker Frizell, who both made big contributions to the All Blacks’ 53-3 shellacking of Argentina in Hamilton last Saturday night, have been ruled out of the Bledisloe Cup test at Marvel Stadium in Melbourne on September 15.

No 8 Savea will remain at home to prepare for the birth of his third child, and blindside flanker Frizell has been ruled out after suffering a rib injury during the win at FMG Stadium Waikato. While Savea is expected to be available for the second Bledisloe Cup match at Eden Park in Auckland on September 24, Frizell’s chances of being fit for that encounter remain unclear.

Versatile back rower Luke Jacobson, who hasn’t played for the ABs this year, will be among the 33 players to travel to Australia. Jacobson is only an outside chance to start at Marvel Stadium and may instead be instructed to provide power and mobility from the bench. Foster isn’t short of options to fill the holes created by the exit of Savea and Frizell; he could reward Hoskins Sotutu with his first start of the year at No 8, and list Akira Ioane or Dalton Papalii at blindside flanker.

Personally, I’d prefer to go with Sotutu and Barrett as the two flankers with both Papalii and Jacobson on the bench. Either way, however, the ABs will be worse off without both these two players on the field and this will give the Wallabies some hope.

I won’t start making predictions about this game yet. Firstly, it would be a bit arrogant when both teams have been so hot and cold this year. And secondly, I’m sure there are enough people here who will be doing that without my help anyway.

What could have been.

While not really rugby news as such, the recent news on a broadcast deal for AFL will have a big impact on where a future deal for rugby might go.

The AFL has sold its TV rights for a record Australian broadcast deal of $4.5 billion over seven years to Foxtel and the Seven Network. The new deal is worth $643 million per year.

From 2025 Seven will show at least three games per week on free-to-air channels, while Foxtel and its streaming arm Kayo Sports will broadcast all nine AFL and AFLW matches a round under the new agreement. All AFL finals will be on free-to-air TV, while Seven will also show all 15 Thursday night games.

I have no doubt in my mind that part of the drive behind this deal was the fantastic support that AFL have provided for the woman’s game here with proper levels of funding to establish not only a great product, but the ability to pay the women a decent wage for their time and effort they put into the sport.

Compare this to the approach of Rugby Australia. Not only are they deliberately not supporting the growth of the women’s game, but they are using money they don’t yet have and going down the old and failed path of trying to lure NRL players into the sport. Sure, 10 years ago this was a big thing and it increased the support to rugby at the time. However it was only for a very short time until the league supporters realised that:

A, the players were never going to demonstrate the level of success they did in league, and

B, the supporters themselves were never going to be smart enough to actually understand the game of rugby and so quickly switched back to the simple game they knew.

I’m not sure if RA are thinking that supporters of these league players will swap codes because they’ll follow the players or they truly believe that, despite it never having occurred yet, they think that these players will waltz in and instantly become superstars in rugby and so change the fortunes of the Wallabies. Either way I think it’s a complete waste of funding and resources that could be better spent in other areas of the game that would increase the support and grow the game properly.

The thing for me is if I was either a woman contemplating taking up a winter sport or a young talented player who was demonstrating I had the ability to go far in a winter sport I’d consider going elsewhere. Looking at how the AFL and NRL are managing their young players and women and then comparing this with rugby, I’m pretty sure I’d be tempted to go down a path other than what RA can provide.

After suffering a crushing defeat to the Springboks, the Wallabies have moved on from that result and are focused on ending their 20 year Bledisloe Cup drought against the All Blacks. After claiming a 28-17 win over South Africa in Adelaide, Australia came off second best in most departments in the replay as the Boks sealed an emphatic 24-8 victory in Sydney on Saturday.

“We’re pretty disappointed. It’s a tough loss, we got a bit out-enthused there and didn’t make the most of our opportunities,” said front row Scott Sio. “We lacked a bit of physicality… we’ve got to take the time to swallow that pill and review next week and try and move forward as a group.”

Despite being frustrated by his team’s inconsistent display, fullback Reece Hodge refused to use the disarray in their backline as an excuse for the defeat. “It’s not ideal to lose your 10 or 12 but we prepare for those scenarios so that’s no excuse,” said Hodge. “You prepare for worst case, not best, I’d like to think everyone knew their role and were pretty clear on what we needed to do” he said. “The first half wasn’t bad, the inaccuracy at the breakdown cost us. That period from 40-60 (minutes), we allowed them to get on top of us. I don’t think we can blame a couple of injuries for how we played.”

The Wallabies will now regroup and aim to recapture the Bledisloe Cup with their first match against the ABs set to be a midweek showdown in Melbourne on Thursday, 15 September. To win the Bledisloe Cup for the first time since 2002 the Wallabies have to win that encounter and beat their trans-Tasman rivals at Eden Park in Auckland on Saturday, 22 September as well.

Big ask I think, but with games and teams being so hot and cold this year anything could happen.