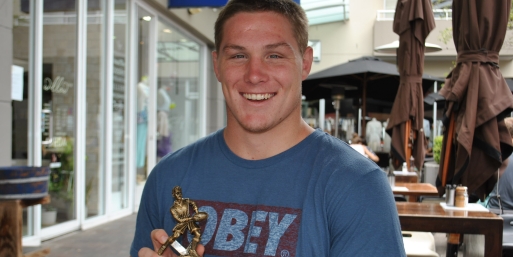 The Super Rugby Player of the Year is done and dusted. The John Eales Medal was handed out before the Wallabies even flew out for Europe and the IRB have thrown around a bit of tin in their recent awards.

But we here at Green and Gold Rugby like to leave our player of the year awards until as close as possible to the actual end of the year. And here we are. Christmas is upon us and we are set to announce our fourth annual G&GR Wallaby Player of the Year. But first some background.

After each Test match the Wallabies played, members of our thriving forum gave their traditional 3-2-1s for the three best Wallaby performances of that match. These points are then accumulated with an overall 3-2-1 determined from the top three point scorers. Extrapolated through the season, it gives us a pretty good understanding of who has been the best performer, in the eyes of our astute community, across the season.

Round by Round scores:

And the winner is: 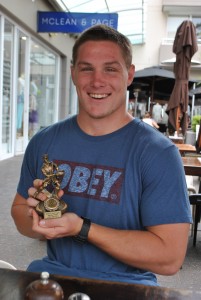 G&GR Wallaby Player of the Year – and trophy!

Michael Hooper. He burst onto the international stage in 2012 and Wallabies fans lapped him up. Never before in the history of G&GR has the margin of victory for the Player of the Year been as substantial as Hooper’s was this year. He continues a long line of openside flankers with a huge fanclub and long may it continue.

In presenting the glorious 2012 Player of the Year trophy I had a quick chat with Hoops about this award, his performances this year and a few other things inbetween. Think of it as a mini podcast Christmas present!

The G&GR Social Pages: the Waratahs
Attacking The All Blacks