For the love of Sevens

For the love of Sevens

It’s been a month or so since the Rio games has finished and the focus of the Australian Rugby community has now largely moved on to having an eye on The Rugby Championship. With that in mind, now is the time to examine and discuss where to for the 7s format in Australia and in particular the best way to use it as a vessel for growth while importantly, not allowing it to be a wasted opportunity.

While there has been some discussion on the Green and Gold Rugby forum in regards to how best to go about developing participation and a greater profile for the game, there’s been little hashed out on the basic structures that would need to be put in place to achieve one or the other. Preferably both.

In what could be largely thought of as a chicken or the egg argument we’ll err on the side participation and see where we end up. 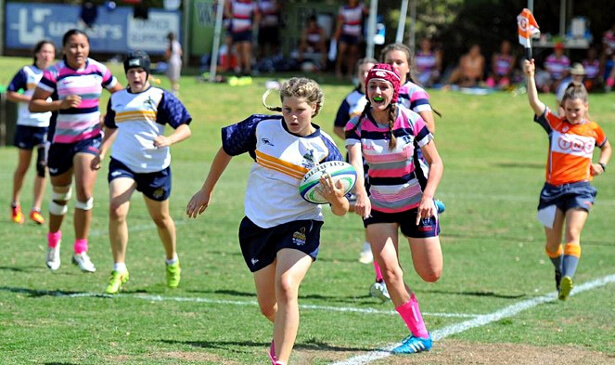 In the last twelve months we have seen the ARU begin to roll out their Viva 7s program. In case you’re are unfamiliar with this program. Viva 7s is a non-contact version of the 7s game developed as a more social offering to the wider public.

From what I’ve seen, it appears less structured than traditional Touch Football when played in its formal setting. More like the scratch games we are more likely familiar with. Which I think is actually in its favour. I can see it occupying not only the corporate recreational side but being an excellent introductory vessel to young children. But it in itself is not the answer. Perhaps as part of a larger structure, yes. But not individually. Similar but different isn’t always an adequate substitution for the real thing.

An interesting template that could be used is the BJRU’s 7s program.  This program is an organised 7s competition format designed to run over a 6 week period along with finals running on both Friday evenings and Saturdays.

Within this structure each team plays two games a week be it either session. This is important as we need to ensure participants are provided with the most opportunity to actually participate in the game. For too long we have bolstered our playing numbers with the use of one off activities or the use of single event competitions. While those one off participants do help bolster the numbers they do little to benefit the game overall.

Which is a strength of the BJRU’s program. Over a 6 week period kids will be able to actively participate in at least 12 games of 7s Rugby. While this will only account for around three hours of total game play, it’s still much, much more than many will currently experience in our existing development activities.

Outside of its greater level of engagement the BJRU’s program has two significant other strengths working heavily in its favour being it’s both scalable and relatively inexpensive to initiate and run.

In terms of its scalability its strengths are twofold. First of all, while the current format is set to a 6 week competition, the program is structured in such a way that it can just as easily run for 8 or 10 weeks as it does for 6. This provides it with the necessary flexibility to respond to the needs and wants of its players. If the players want a longer season one year as opposed to the previous one, then with little relative effort the season can be altered to suit.

It’s second significant strength in regards to scalability is its overall simplicity in design, which makes it the ideal structure to be used universally across the country for not only young boy’s and girl as it intends but also for men and women alike. Clubs and regions across the country can potentially access a solid template in which to borrow from and work toward building the participation base within the own sphere. Looking at this from a NSW perspective, this would allow for a city like Sydney to be able to split itself into different geographic zones and run several localised competitions within itself. It would allow the more densely populated country regions such as the Hunter, Illawarra and Central Coast to easily do something similar while permitting the larger regional centres like Bathurst, Orange and Dubbo to name a few to overcome the tyranny of distance and potentially run their own independent city based competitions. 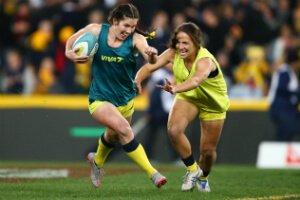 Viva 7s – a costly distraction or the future of the game?

As for cost, much of the infrastructure is already in place to be able to successfully run these competitions. Existing Rugby clubs allow for several centres to be established within each zone/region if and when necessary to ensure access to games in a timely manner. For a game that needs to make the most of every dollar spent this program provides a great deal more opportunity than it does expense.

Ironically, perhaps the only real obstacle to participation may be cost. For existing players registration for the competition is only $45. Pretty good value. For new players that jumps to $80. That’s before external costs such as jerseys etc come onto play. If the $80 was all inclusive then that would be great value but it doesn’t appear to be. Overall, I think the ARU would save themselves both a lot of time and money by looking to back this program in attempts to roll it out nationally.