EXCLUSIVE: The ARU speaks to G&GR about changes to grassroots funding (Part 1) 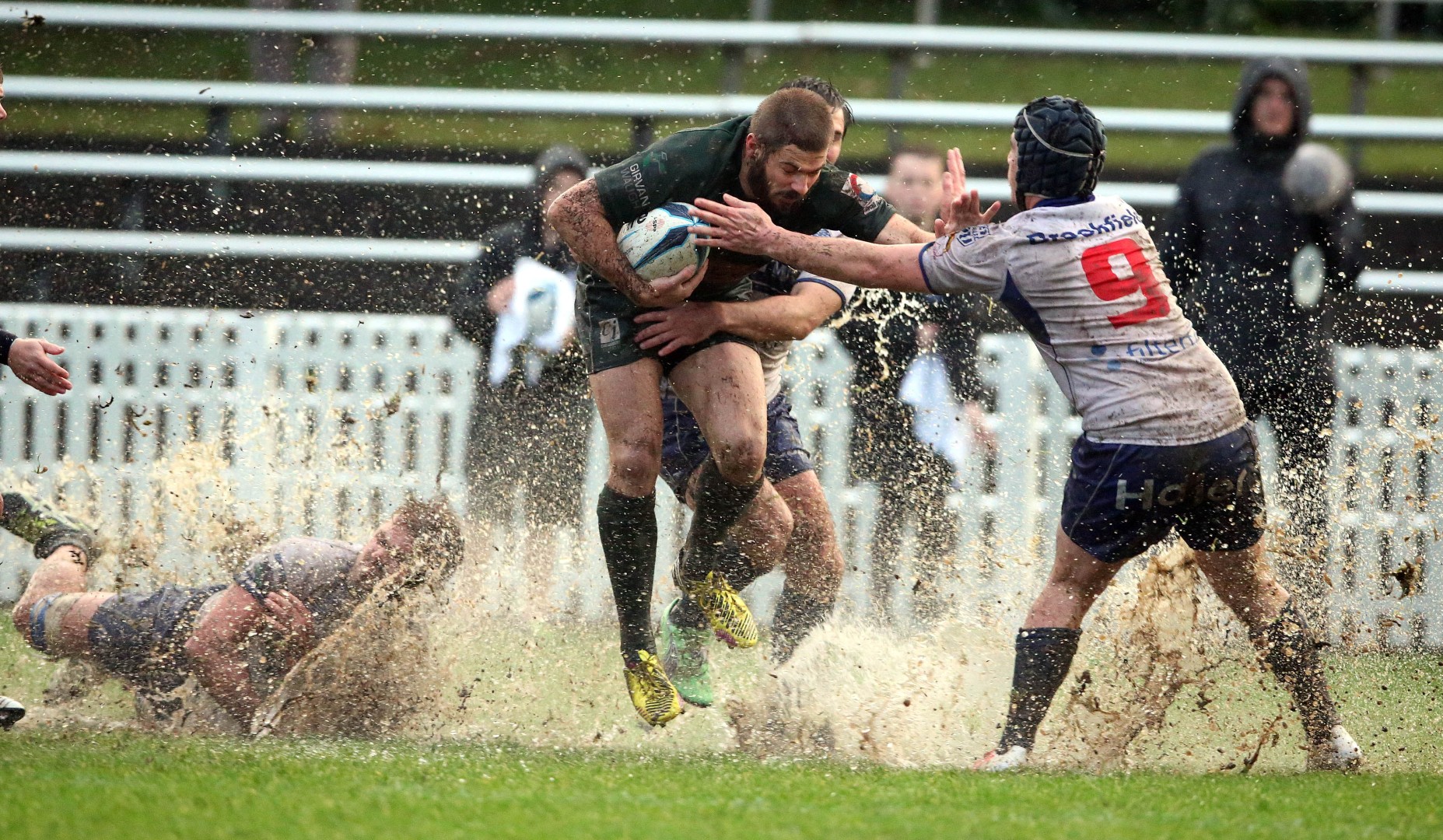 EXCLUSIVE: The ARU speaks to G&GR about changes to grassroots funding (Part 1)

The recent changes to the registration, insurance and payment structure of grassroots rugby has caused plenty of consternation in recent months. Letters have been written, words have been exchanged, and keyboards have been furiously pounded.

Until now the ARU have been relatively silent, despite the seemingly endless criticisms in the media from the affected parties. Critics claim the imposition of a ‘participation fee’ and changes to the insurance structure are a classic example of ARU bully-boy tactics, putting their own bottom line ahead of the health of the game. It’s been a one-way discussion, and the ARU’s silence on this issue had me stumped.

So when I was offered the chance to sit down with Andrew Larratt, the ARU’s General Manager for Participation and one of the architects of these changes, I took it with both hands – the ARU clearly recognising G&GR’s place as the online home of Australian grassroots rugby. 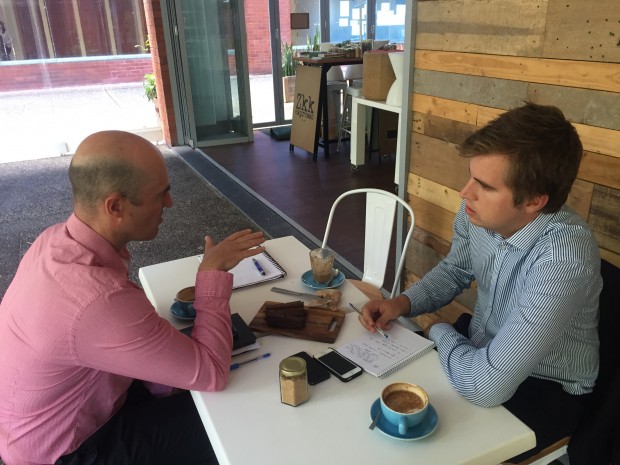 That’s Andrew on the left, me on the right. And a delicious piece of banana bread in the middle.

Larratt came to the ARU in 2013 after spending most of his professional life in the world of cricket. As much as I was keen to play the probing journo, Frost to his Nixon, our 45 minute conversation was dominated by Larratt who seemed eager to discuss even the most divisive elements of this reform.

I am mindful of the fact that there are multiple sides to this story, and this is just one. I don’t want to appear as though I’m giving the ARU free rein, but I do think they have a story to tell here which is really yet to be told anywhere else. Through these articles I want to let Larratt’s views speak for themselves, with some background information and comment from myself. I did approach the NSWRU for comment on this issue, but they did not return my email.

It made sense to start from the start, at the inception of these changes, which came about after Bill Pulver called for a National Participation Review last year after concerns were raised over the long-term sustainability and stability of community rugby. The review started in June and was chaired by Jim Carmichael, the CEO of Queensland Rugby Union.

“We had representatives from across the member unions, and in actual fact what is not known in this review is that the changes were driven by the unions themselves. They realised that we needed to be able to stabilise the funding of community rugby, and be able to incentivise growth of participation. Not unlike other sports, rugby at club level has plateaued, and we need to look at more diverse, consumer-driven programs and ways to experience sport that are more flexible and less time-consuming,” Larratt said.

Exactly what went on behind the closed doors of the not fully known, with NSWRU Chairman Nick Farr-Jones stating in a letter to the ARU that ‘Concerns were raised with the review committee from the very first meeting in June’. But the member unions did have a seat at the table.

But I put it to Larratt that surely this had far more to do with the ARU’s well-publicised financial situation than participation levels. His response:

“It is a part of it. It’s important to have the financial stability to make decisions about where you are going to invest your funds to be able to grow the game. What we found was that rugby was really living off major windfalls (such as a World Cup or Lions tour) and then drawing down upon those funds to try and be able to sustain both the investment in community rugby and that in the professional game. What was happening was that that wasn’t going to be sustainable ten years out, and this review was set up to recalibrate the community side, not so it has to fund itself totally (the ARU still fund $3m into member unions for community rugby) but it was about how we come in line with a growing number of sports that employ a user-pay, individual approach to registration fees, so they have an involvement in the funding of their community game.”

“Not a cent goes to the ARU, but previously the ARU was funding the community level and they weren’t able to sustain that level of funding for the next ten years under the current business model. So we then worked to introduce a different business model which brings in contributions from a combination of broadcast rights, sponsorship and the community side coming through via player fees from registered players.”

But Larratt did acknowledge that while the ARU don’t receive a cent of the new fees, they are spending less.

In reality though the National Participant Registration fee ($33 for adults, $27.50 for juniors aged 8-18 and $11 for under 6-7s) is the most palatable of the changes in clubland. Everyone knows the ARU is in the red, and a cursory glance at any other sport’s fees show that rugby is probably the cheapest contact sport to play: my Sydney Suburban club (Kings Old Boys) charged $260 last season, which also included a polo, shorts and socks. Nearby soccer club Lokomotiv Cove charged $410, while a season for the Pennant Hills Demons AFL club would have set you back $390. Rugby League club fees are also around the $350 mark.

Considering the billion-dollar TV deals of AFL and League, and their supposed excellent work at the grassroots, this is an interesting fact.

So now we move on to insurance, easily the most controversial of the changes. Where previously clubs were charged a ‘per team’ rate, they now have to pay ‘per player’. Which is a struggle for a club like Kings Old Boys, who field up to 150 players a season over just four teams, with many transient players who just have a game or two (eg. A player’s mate who turned out on the wing because 4s were short one week).

Larratt is typically forthright: “I’d love to set this straight here if I can. In terms of insurance, we’ve made the decision to move to an individual rate and that is because it is linked with a whole business model and reform of how we administer, register and players pay fees across the board. What I mean by that is the registration fee is individual, the insurance is individual.

“We are saying that the collection of insurance is not a club role- it is under the Australian Rugby Insurance plan, and that is a fee that is set and the individual pays that straight to the insurer. That’s where it is a shift in roles and responsibilities. In the positive we believe longer term it removes the liability from the club, same with the registration fee. We know that is going to take a bit of time to facilitate online.”

But clearly this will mean some teams will have to pay more, like Kings, who field a large number of players in a small number of teams. Larratt agrees. 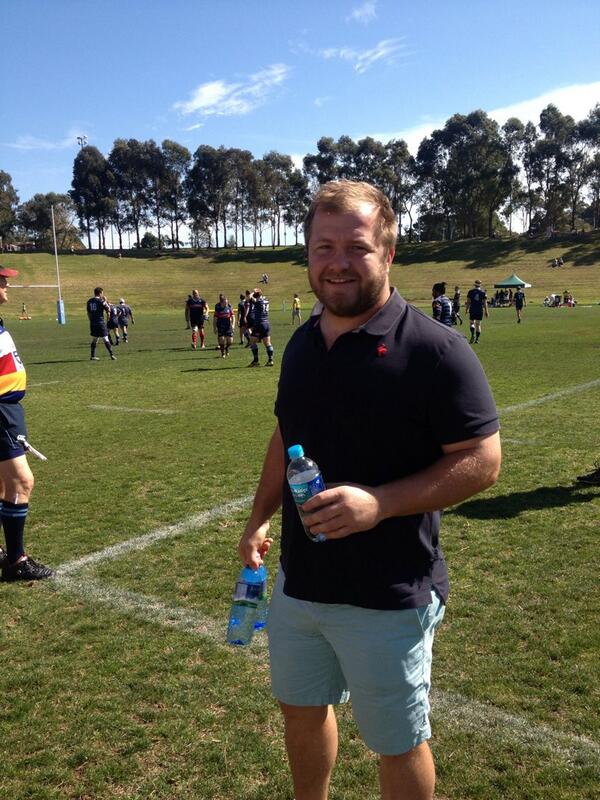 We also have a waterboy on $50k a season

“Yes, those clubs that have large number of players relative to the number of teams, it means that when you aggregate the individuals they will have to pay more. But there are clubs that are going to be less, because the distribution of costs is changing. So when I’ve stood in front of large competitions, I’ve had half of them adding it up in silence, and going ‘this is fine, we are better off’, and we have done all the numbers and we can see exactly where they are.”

So let’s do the maths then. Last year my club paid $7560 in insurance fees, and fielded 144 registered players (many of whom only played one game). This equates to $52.50 a player. Although initially a higher fee was proposed, the fee ‘per player’ for insurance is now $60. So our club would be out by $1080, or a fee increase of $7.50 a player. While some clubs may be worse off, certainly it wouldn’t be too harsh a sentence for Kings. And I can see how some would indeed pay less.

But while the ‘how’ is easy enough to understand, it’s the ‘why’ that I still didn’t quite get. The per team system was working well, so why change it?

“It’s a new business model, which involves taking different roles and responsibilities in the system at a National level, at a State level, at a competition level and at a participant level. At each level there are services that are provided, and what we want to do is ensure it clearly delineates whose role and responsibility, what the fees and value is for the service. In the case of insurance, to decouple that out and retain it on the old team model, which you could have arguments for, actually breaks the principles and philosophy of taking an individual approach.

“Any way you write it, I will be howled down from the club level to say ‘we own the player, we will collect all the money from them and we will pay the dues to the relevant bodies’. I suppose the big shift in this model is the participant, the player, is playing the game of rugby as a whole. And we all have different roles and responsibilities, and from the governance of the game at a national level to member union and so forth, it’s really important that we understand what our role and responsibility is.

“Some people will just pay the amount without asking, but others will be interested in seeing where their money is going. It drives transparency, it drives roles and responsibilities, and it drives ultimately a customer value approach.”

Breaking it all down, it’s about putting the onus on the individual, and clearly telling them where their money is going. The issues come when some people have to pay more money to accommodate these changes, when they cannot see an active, material benefit. And that is one of the reasons why certain corners of club land are howling.

In part 2 tomorrow we will look at the issue of communication and consultation, which has been the other major sticking point in this debate.