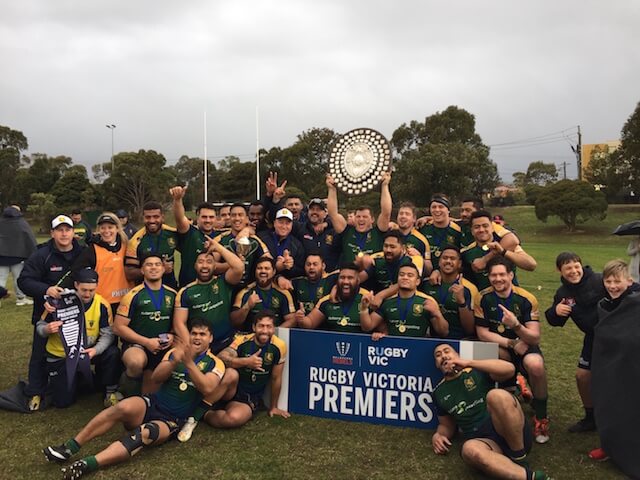 Melbourne put up its worst weather serving everything but snow to the teams involved in the grand final day. From sunshine, gusty winds, light rain, torrential downpours, and even hail! Despite the conditions, a fantastic day of finals rugby culminated in a fantastic Dewar Shield Final.

The Box Hill Rugby Club has been the home of VRU finals football for some years, hosting teams from around the state.  While we watch the junior grades play their matches, we wait in anticipation for the big one; the Dewar Shield Finals.  This year, two old foes meet again; Harlequin, and Melbourne.

The Unicorns won the minor premiership losing only one game.  They were not clear favourites for this match, losing to Harlequin in the minor semi-final.  But it’s finals footy; anything can happen.

The game started with Melbourne, backed by the breeze, dominating possession and territory.   Harlequins barely got a chance to attack, finally getting their chance late in the first half.

A try to Ata Manu after less than 5 minutes set the game up for the Unicorns, but they were starved of more point, despite multiple raids, through some disciplined Harlequin defence. Vaevae missed the conversion and also a penalty kick at the 20-minute mark.

The good defensive effort boosted Harlequin’s morale, and the reigning champions came back with a try from winger Sam Aolele with five minutes to play in the first half. Breen also missed the conversion, after having missed a penalty early on to lock the score five all. 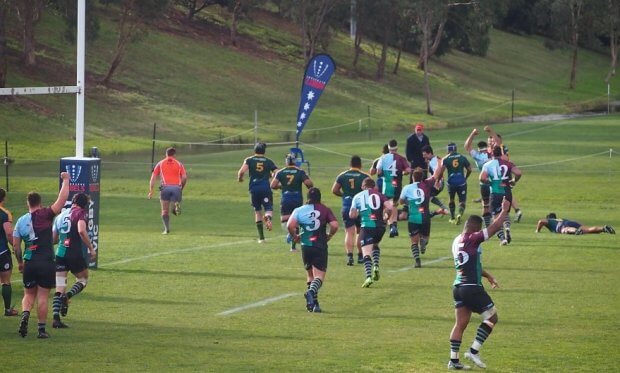 Vaevae didn’t miss at the stroke of halftime his second attempt at goals to end the first stanza 8-5 to Melbourne.

With the wind behind their back and the small halftime margin, Harlequin would have felt they were in with a good chance.  The crowd were set for entertaining second half.

Breen levelled the score 5 minutes into the second half, but the Unicorns were again on the scoreboard just 5 minutes after. A run to number 8 Noa at the base of a powerful scrum see the powerful forward to pass only Van Zyl to score Melbourne’s second try.

Vaevae missed the conversion against the breeze for the 13-8 lead.

A massive penalty kick from Breen, from more than 40 meters narrowed Melbourne advantage and set up Harlequin for the comeback, which materialised with 15 minutes to play. Centre Vole scored in the left corner receiving a swift pass from Valetini. 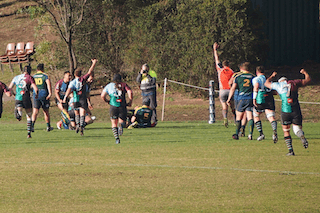 Breen missed the conversion, but Harlequin hit the lead for the first time.  Buy a single point.

With Harlequin pressure mounting, a piece of single brilliance from Unicorn’s fullback Sione Tui swung back the game towards Melbourne. Tui ran from his 22 to score from an excellently executed scrum movement. 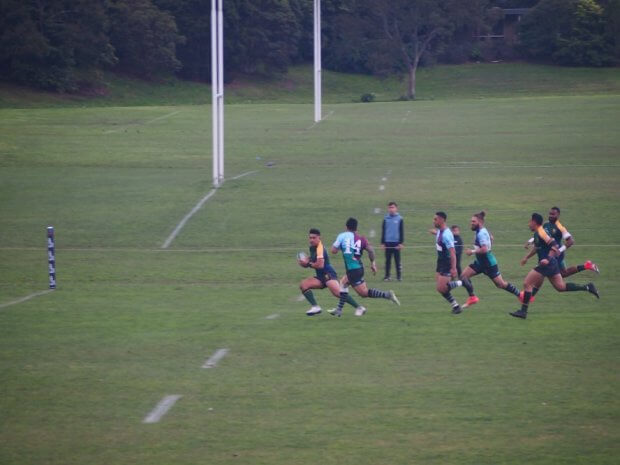 With four minutes to go the game heated up and Melbourne lost a player to the bin, when reserve hooker Tim Orchard was spotted by referee Oli Kellett and assistant Shannon McLachlan manhandling an opponent. 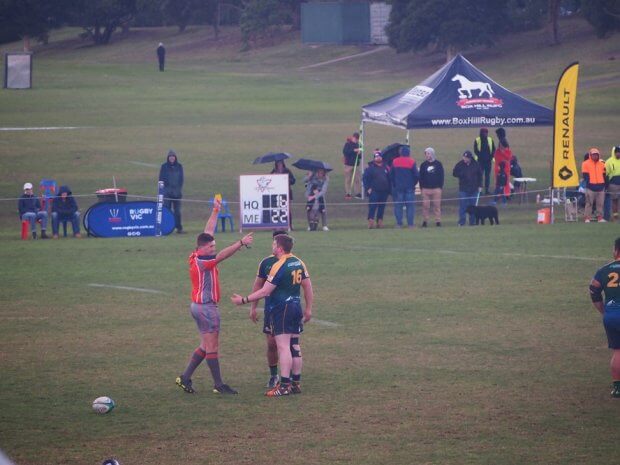 Harlequin throw the proverbial kitchen sink at Melbourne in the last minutes of the game, conscious that they had to score and convert a try to keep the Shield in their hands. But the Unicorns defence was spirited and the Quins had nowhere to go.

The final whistle arrived with Harlequin pushing on the try line after a lineout but incapable to clear the ball on a collapsed maul.

All the other finals: