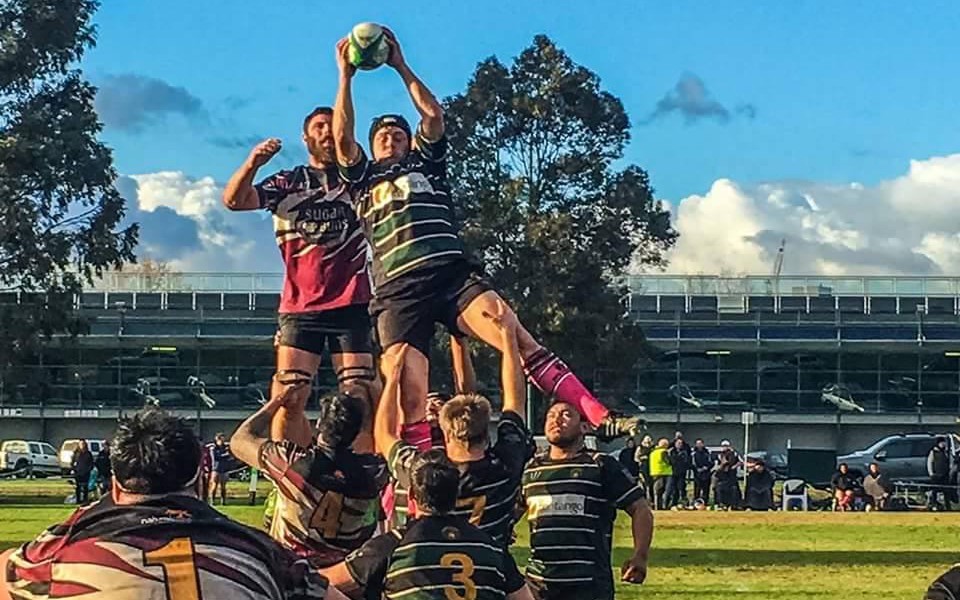 Round Fourteen of the Dewar Shield has Power House defeated Endeavour Hills to take the fourth place from Moorabbin, and a first win for Southern Districts.

Power House had a convincing six tries to two win over Endeavour Hills.  The game between the House and the Eagles was a tough encounter in a cold but sunny afternoon, played on a soggy pitch soaked by the rain that has fallen the whole week on Melbourne.  As Moorabbin lost to Melbourne, Power House move into fourth position on the Dewar Shield ladder.

Power House were first to score, with a Try to number 8 Tafiga Sa in the eleventh minute.  Veitch was successful with the conversion, taking the score 7 – nil to Power House.

Despite the early lead, Power House surrendered both possession and territory for most of the half, placing the team under sustained pressure.  However, an extraordinary defensive effort from Power House limited the damage on the scoreboard.  Endeavour Hills had two opportunities to go on the scoreboard, but first Taunga Samuels than Mark Yanz missed penalties kicks.

Shortly after play resumed, Endeavour Hills finally scored a well-deserved Try.  A string of phases in the power House 22 play set up Lock Bon Mui to score the Try.  Yanz missed the conversion, leaving at the score at 7 – 5 Power House. Unfortunately, Mui injured himself in scoring the try and had to be replaced.

It wasn’t long before Power House built their lead with another Try.  Scrumhalf Romeo Ah Fook found a gap in the Eagles defensive line to score.  Endeavour Hills couldn’t withstand the sustained pressure from Power House, and conceded another two tries late in the match.  As a small consolation, Endeavour Hills managed to score a late Try after the siren, but the match was already lost.

Romeo Ah Fook’s try was just what Power House needed after conceding Endeavour Hills a try in the first minutes of the second half. The scrumhalf beautiful try turned back the momentum the home side way and from there Power House never looked back

Power House number 8 Tafiga Sa, not only scored twice, but was instrumental in providing order in the home site forward line. A very good individual performance in a well oiled defensive machine.

Power House lock Tomas Lawler called all lineouts with precision and authority, fullback Nua Puaka provided the badly needed spark in the home side’s back in the second half.

Southern District defeated Melbourne University 24-23. With a conversion from the sideline after full time the Pirates scored their first deserved win of the season.

Melbourne came back from the bye and beat Moorabbin 44-27 at home.  The loss means the Rams drop out of the top four,  but crucially scored four tries to score a bonus point.

Box Hill cleared any doubts about their small drop in form, putting more than 50 points on Footscray.  The Bulldogs scored 35 of their own to ensure the crowd at RHL Sparks were entertained by an entertaining game.