The Bulls stampeded the Force 42-20 in another disappointing result for the team and its fans.

The Force have injuries three-deep in the vital positions of hooker and flyhalf, and the Super Rugby draw has been less than favourable. They fired in stages but were unable to lift for the last ten percent needed to be competitive.

The Bulls gradually gained ascendancy through the first half then took it away in the second. An unlikely comeback was dampened by a yellow card and a rain storm ten minutes later.

Coach Marais made some changes to the published squad with the experienced Arno Botha starting at 7. negating a possible Force advantage in the loose forwards, and Marvin Orie starting in the locks.

Conditions were humid building to rain in the second half. 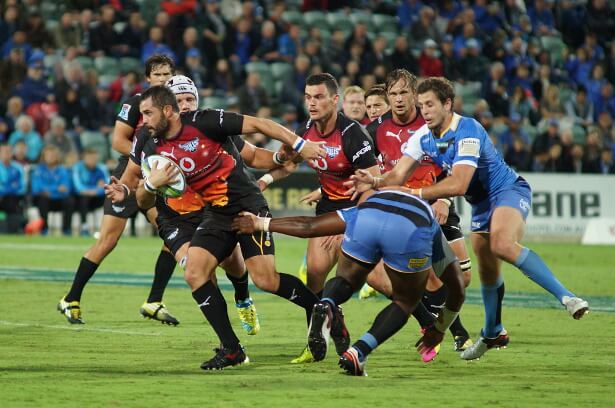 The Force began the game dominating possession and working through the softening up period focussed on forward play. Have a thought for Scoble on his first start having to deal with a line out throw-in on average every two minutes in the opening stanza.

Seven phases of one up rugby from Force forwards in tight achieve little until the Bulls give away a penalty for a ruck infringement. Prior kicks the goal and will continue to kick superbly for the rest of the match. The score is 3-0, and it’s the only time that the Force will lead in the game.

Bulls regain from the kick off to finally get some possession. They make good ground in simple rugby. Pressure builds and Kriel (13) breaks the line. Two quick phases and the youngster lock Snyman offloads to no 8, Liebenberg, who runs unopposed to the line. Bulls 7 Force 3. 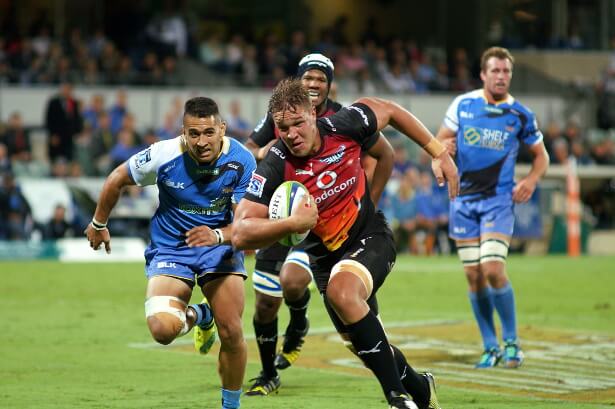 Prior is looking better than acceptable at flyhalf, Coleman and Hodgson are everywhere, and Haylett-Petty stands out. Morahan is playing well and Brache has grown an extra leg playing against South Africans.

Still, the Force look workmanlike, whereas the Bulls look threatening.

And so starts a length of field movement down the left hand side. Marais to Brummer (fly half) – Bulls have numbers and urgency – four sets of hands and Serfontein scores. Bulls 15 Force 6.

But in a good period of Force play skipper Hodgson scores and the conversion brings the score to 15-13 Bulls. Game on.

Force are pushing hard, especially as individuals. Brache makes a break which is unsupported. Rasolea rushes out in defence leaving a hole for Serfontein, just covered. Before we tell him to back off, he’s in the line again, intercepting with a 65m run. He’s covered 5m short, without support. The Force are not taking their opportunities.

Another penalty to the visitors has the half-time score at Bulls 18 Force 13. 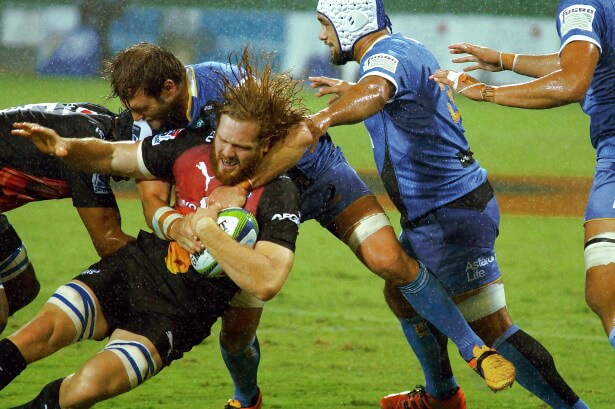 The Bulls have been steadily gaining dominance in the scrum and the earn a penalty – Bulls 21 Force 13.

The Bulls are building their dominance. Snyman is in everything and making a pest of himself at the breakdown. Bulls fans are pleased that Botha has started the game in the back row but it is the backs that have allowed the Bulls to profit from their control.

A Bulls lineout drive in an attacking position looks unstoppable; when the Force collapse it, Stander gets a yellow card.

Bulls pounce through a line out maul, and after one ruck van Zyl puts Serfontein through for his second try. Bulls 28 Force 13.

The Force have a period of possession but can’t break through. 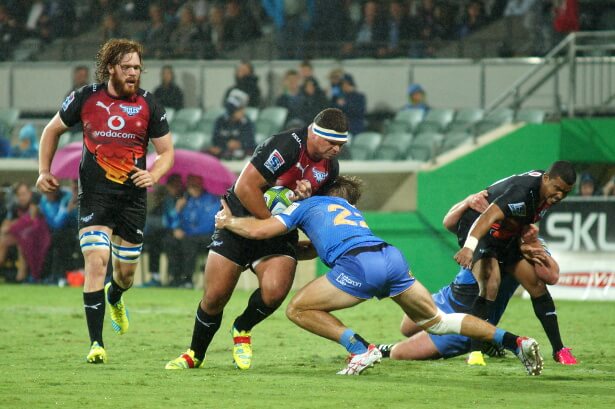 Serfontein and Ishmail combine for for a 30m break down the right hand side. Quick ball wide and to the left. Strauss distributes in the line and keeps advancing as his outside backs are allowed to offload in several tackles, back inside and Strauss scores. Bulls 35 Force 13.

Stander returns to the field. to be greeted by rain. The rest of the game is predictable. Strauss scores his second behind another line out maul. Bulls 42 Force 13.

It’s too easy to talk about the card and the rain. It would be true but it wouldn’t recognise a wonderful performance by the Bulls—and their bench—more than half-a-dozen of the matchday team were first-time tourists.
But an example of a change that never happened was at minute 28 when Rosalea made a 65m break and no score followed. This talks to the Force performance in this game. 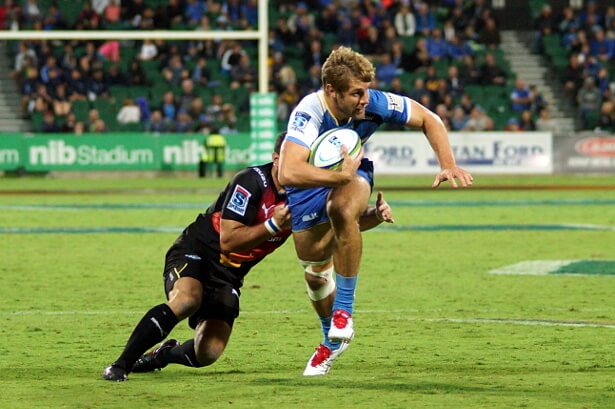 Luke Morahan – had some penetration for the Force

The G&GR Man of the match

The best of the Force were Coleman, Hodgson, Morahan, Brache and Haylett-Petty, but the award the needs be an African here. Strauss, Botha, Kriel and Snyman had fabulous games. But the G&GR MOTM goes to Jan Serfontein.

It is tough for many Force players to stand out at the moment, but Haylett-Petty may be one. 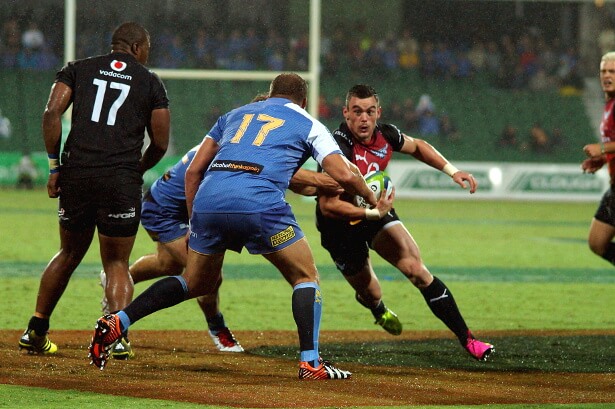 Jesse Kriel – one of the best for the Bulls

Apologies for the late posting of this – due to technical difficulties.

Images by “Delphy” – thank you