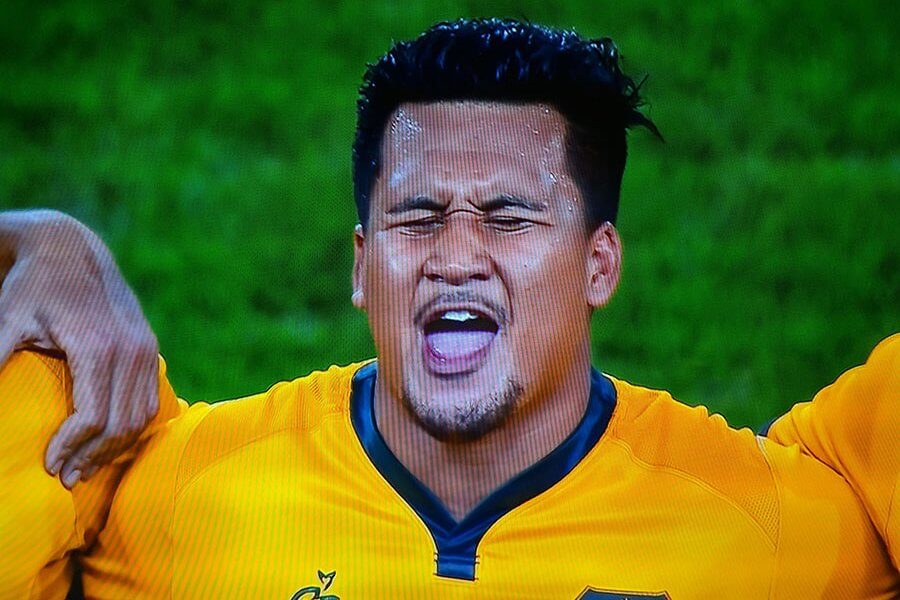 23 Irish blokes walk into a stadium. That’s about as far as I got. An Irish side on a twelve game winning streak is no joke and Australia will have to be a whole lot better than they have been to keep up. With only five or six days in camp, the Wallaby coaching staff have had their work cut out putting their plans in place. For Australia, I look forward to seeing how Brandon Paenga-Amosa and Taniela Tupou go, and in the backs, I’m little anxious, but optimistic with the selection od Samu Kerevi at outside centre. 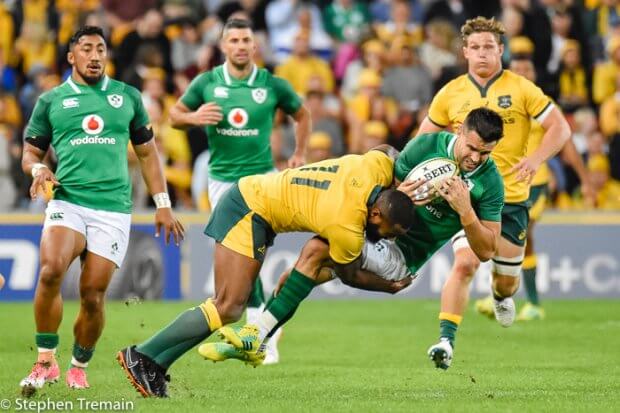 An intriguing half of rugby! The Wallabies are a whole lot better than I was expecting and Ireland every bit as good as expected. Both teams had their opportunities but it was Australia who managed to plant the ball over the line. The Aussie backs managed to get on the outside of Ireland’s rush defence and made major inroads into the 22. Kerevi was tackled metres short of the line and a quick recycle put Foley away in the corner. The Wallabies defence was brutal with 5 or 6 certain to make highlight reels everywhere. Ireland’s defence was nothing to be sneezed at snuffing out plenty of the Wallabies attacking moves almost before they had started. Two penalties to Ireland and one to Australia made the  score 8-6 to Australia. 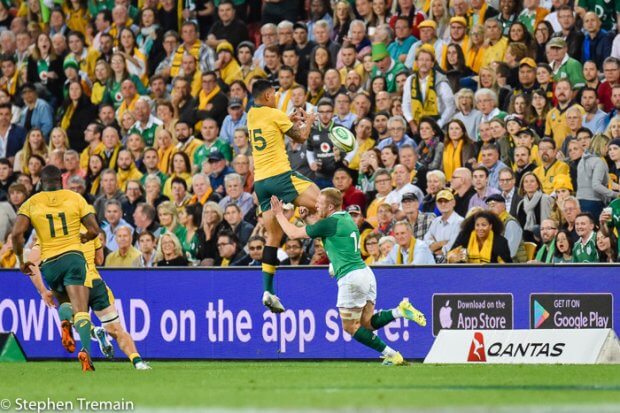 Israel Folau charges down a kick

The Wallabies lost a little composure after the break, but the game still rumbles along at lightning pace. Ireland moved ahead with a penalty shot early in the half to lead 9-8 and for a while, it looked like they had Australia’s measure. But the Wallabies fired up after a horrible call from the video ref which overturned an Israel Folau and bought the play back 7 or 8 phases to penalise an Australian player tackling an Irish player after falling for the dummy pass. The Wallabies were galvanised by the injustice and from there got themselves into the Irish half and won their own penalty to move ahead 11-9. The Wallabies lifted from there as the belief that the could win dawned on them and it wasn’t long until David Pocock smashed his way over after a massive buildup that must have involved every Australian player. Bernard Foley converted to give Australia a bit of breathing room with Ten minutes to go. Ireland wasn’t finished yet and worked their way up the field a couple of time and even got the ball over the line with moments to go only to be called back for a knock on.

The final whistle blew and Australia had won an 18-9 victory that I had given them no chance of getting only hours earlier. 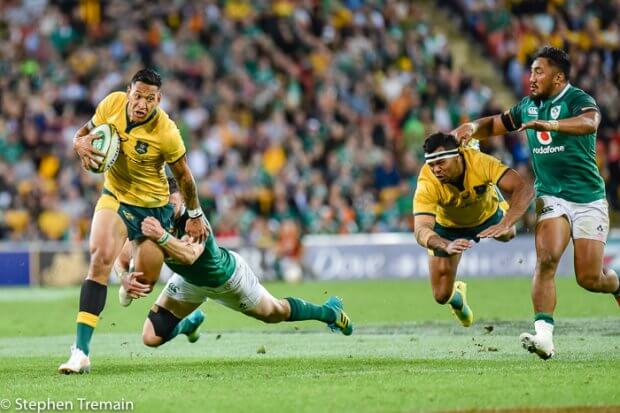 For me the clear moment things change was Israel Folau had his try disallowed for something that had happened minutes earlier. That and a neck roll on Michael Hooper changed the attitude of the Wallaby players and they seemed to decide that they weren’t losing anything now.

I’m going to give this to David Pocock. He scored a try and was everywhere all over the park. In my opinion, he was the best six, packing at eight playing like a seven on the park.

The usual suspect, Genia Hooper, Beale, Foley, Kepu and Folau. Happily Samu Kerevi had a great game. But no one managed to put a black mark next to their names and everyone stood up. 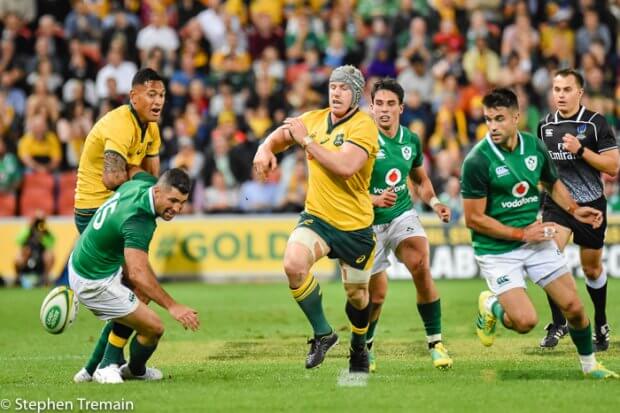 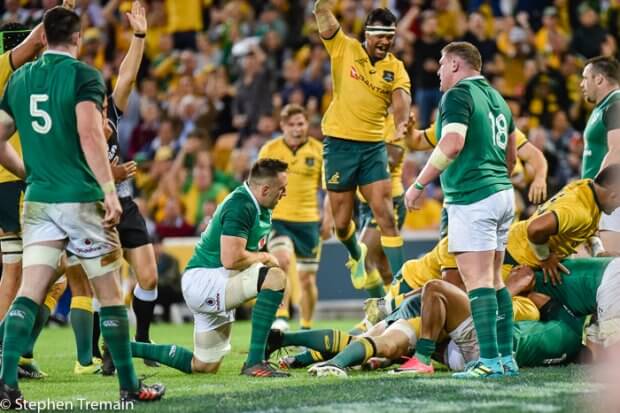