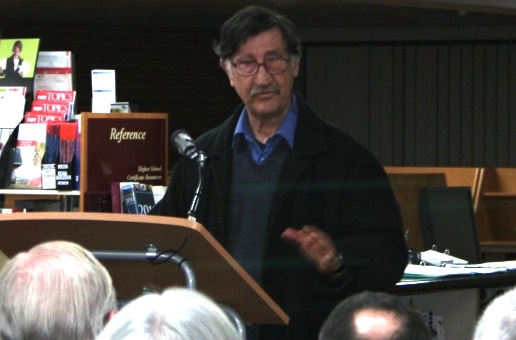 It’s hard to imagine a more bizarre assertion than the one Spiro Zavos made in Saturday’s Sydney Morning Herald.

Zavos’s claim that Robbie Deans is being hounded from the Wallaby coaching job as part of a racist plot led by Australia’s mainstream press was disgraceful and he should retract it.

Let’s be clear. Deans is under pressure due to his team’s repeated failings over many years, not because he copped a nickname four years ago or the fact he’s a Kiwi.

Instead of putting forward such paper thin arguments Spiro would be better served reading through some of his old articles, like the one on Stuff.co.nz he wrote in June 2008 under the headline ‘Dingo’ Deans needs to find some mongrels. 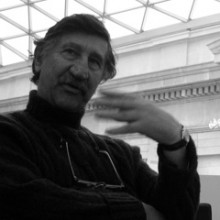 In that article Spiro himself was quite happy to use the nickname ‘Dingo’, referring to it as an ‘Ocker canonisation’ and mentioning e that it’s use by the mainstream media was something positive.

He made no mention of xenophobia or that the ‘Dingo’ moniker was ‘disgraceful’ or that it implied someone was ‘untrustworthy’ — as he did on Saturday.

Unwittingly the article Spiro’s wrote four years ago shoots down the central point of Saturday’s rant.

Clearly forgetting some people have memories (or at least the ability to use a Google search), Spiro wrote about other New Zealanders like Phar Lap, Clarrie Grimmett and Russell Crowe who’ve found fame and fortune in Australia saying ‘These newly acquired Australian treasures remain honoured, however, only as long as they remain successful.’

And that’s where the argument starts and stops — it comes down to results, not race.

In Saturday’s article Spiro listed the Wallabies’ highlights during Deans’s tenure and emphasised the fact they are the number two ranked rugby nation as justification that the team is doing pretty well.

Without question the team has played some fantastic rugby and produced some great results, but in the interests of balance perhaps Spiro could have mentioned some of the spectacular failures and inconsistency that have plagued the team over the same period.

In Spiro’s defence, defining success depends on what criteria you use — success means different things to different people. In the interests of fairness and balance I thought I’d use John O’Neill’s own criteria.

Spiro’s 2008 article ago quoted the ARU Managing Director and CEO as saying ‘In recent years we’ve had about a 60 per cent win-loss ration (sic), that is not acceptable.

‘We’d be happy with 75 per cent to 80 per cent. That sort of win-loss ratio tends to bring in the silverware. That’s the quantitative side.’

Clearly the 60 percent figure was going through Spiro’s mind when he wrote on the Roar website last week that Deans has won just under 60 percent of his Tests with the Wallabies. How nice of Spiro to give his countryman the benefit of rounding. As reported in today’s News Limited papers, Deans’s winning Test percentage is actually 58.1.

So based on JON’s own criteria, Deans’s time with the Wallabies has been a failure.

Not surprisingly Spiro didn’t make mention of this fact, and as I said earlier, it’s where the argument about Deans starts and stops.

Hopefully, Saturday’s article was a one-off and not a hint of what the standard of rugby journalism in the post-redundancy world of the SMH will be like. It was the sort of ‘mad-blogger’ stuff you’d expect on fringe websites, not something produced by a professional journalist.

Instead of getting a considered opinion about the most pressing issue in Australian rugby at the moment, what we got was emotive rubbish, confected outrage and a central theory that was a bigger load of shit than the magic bullet that offed JFK.

Just as it’s time for the Wallabies needing to lift, Spiro needs to aim up too.