Welcome back to the Tuesday top 5

Let’s start with the Whale sized Elephant in the room…

5. The Reds are a rabble

There is no glossing over what’s happening in Queensland. With no discernible attacking structure, a leaking defence line and a large injury list it’s easy to believe the Reds season is already over. They have great players like James Horwill, Rob Simmons, Karmichael Hunt and the mercurial Quade Cooper all due back this month. But it’s hard to imagine that even the 2011 Cooper could turn this around. 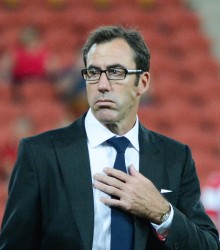 That 2011 team was brilliant but it was also built on a blindingly fast defensive line and steely discipline. That gave Cooper the structure to throw those precocious passes to players running hard at space and run the jinking lines that only he can. This 2015 side is static in defence and one of the most penalised sides in the comp.

Despite the absence of their primary playmaker the Reds backs play as individuals and not a backline. Their is no cohesion, no slick passing and no sense of a plan. I can’t tell you what attack coach Steve Meehans plan is and I’m certain no one else watching the Reds first four games saw one either.

The ultimate responsibility in any sporting team falls on the Head Coach and Richard Graham has had a reasonable amount of time to stamp his style on the team. He’s also had the chance to move on players he didn’t want and recruit players he wanted. Despite that we’re looking at the same problems we saw last year.

Different players, same coach, same problems you figure it out.