Welcome to another round of half-baked opinions and wildly erratic predictions, otherwise known as the Tuesday Top 10.

10. Let’s get straight to the Will Genia debacle. This was a monumental clusterfuck from all parties, but oddly enough I think they are all better off the way things have panned out. The Force are cashed up with Nathan Sharpe heading out next season, so it was mystifying to me that they were looking to spend all that money on a halfback (albeit a pretty good one). Have they not watched their own team play for the last five years? They are screaming out for an international 10 and a handy 12 (or vice versa), but they want to spend all of their free cash on a 9? It makes no sense to me, and hopefully Sanchez’s decision helps them to see this. And the Reds need to hang on to all of their 2011 heroes for as long as humanly possible, any large personnel changes would signal the ‘golden age’ is over (not that it really qualifies as a golden age yet). 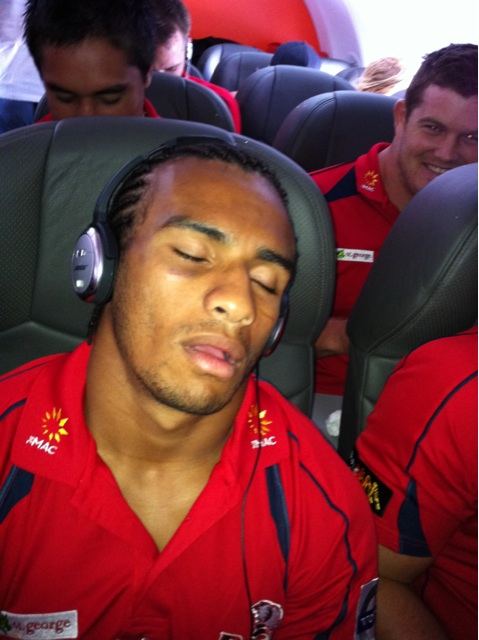 Sanchez was getting tired of all the speculation...

9. Still on Genia, I did think it was a bit late for him (and others) to be saying this was a ‘love over money’ decision. He had given his word to the Force that he would sign with them, and had it not leaked over the weekend you would imagine it would all be locked in by now. So obviously his ‘love’ for the Reds isn’t that strong, or else he wouldn’t have agreed to chase the dollar all the way to Perth! Loyalty is largely dead in top level sport, so I have no qualms about his actions to shop himself around. But I don’t believe for a second this decision had to do with the singing of the Reds team song on Friday night.

8. On the subject of Friday night, it was a good performance by the Reds. But let’s not get too carried away. Despite a star-studded lineup the Blues are currently on the bottom of the ladder, and frankly that position is well deserved. They are playing horribly. So the fact that the Reds beat them at home is in itself not that surprising, and we probably should have seen it coming. But the signs are looking good for the Reds, who actually have the same winning record as the Brumbies and have chalked up one more victory than the Tahs. They still sit in third place in the Aussie conference, but are still within striking distance. Their game against the Crusaders this weekend is a must-win.

7. I find the decision to punt Danny Cipriani this week very odd. The Rebels have just lost one of their star inside backs for six weeks, so is now really the right time to cull one of their better backs? Apparently he was going to be benched this weekend anyway, with KB slotting into 10, but still surely having a decent back-up 10 is in their better interests. What if Kurtley goes down? We are left with Huxley at 10, Gerrard at 15 and the Rebels’ winning chances at 0. Danny is undoubtedly a bad influence on the team, a loose cannon if you will, but they have put up with him for 18 months so surely they can stick it out with him until the mid-season break. 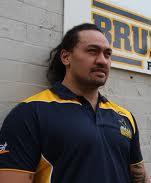 6. I have a new favourite Australian player. Sure, I have seen him play just three times, but I am all about Fotu Auelua at the moment. The bloke is a wrecking ball in attack and defence. He has ‘super sub’ written all over him, and I am starting to fantasise about his coming on at the 60-minute mark in a Bledisloe with the scores tied. If he keeps up his current form I would really like to see him given an opportunity at a higher level — he has the potential to be a backrower whom opponents fear. We haven’t had one of them in a long while. His clash with Wycliff Palu on Saturday will be mouth-watering.

5. It was a bittersweet Sunday for Waratahs fans. They played one of their most expansive games of the year, with Barnes and AAC both having good games, along with TPN and Palu in the pack. However, their backline defence was piss weak and ultimately cost them the game. They had a few unavoidable issues — Barnes was still sick and thus defending at 15, with AAC coming in to 10. We all know how hiding your 10 in defence works, so it wasn’t surprising to see the line a bit fragmented at times. However, this does not excuse a couple of really poor attempts at first-up tackles by players who should know better. They know who they are, and I would be surprised if it happens again on Saturday in Canberra. Suffice to say that if the Tahs were true title contenders they would probably have won that game.

4. How are the refs doing so far? Not too bad. Craig Joubert continues to be a standout, while Jaco Peyper is also consistently good. The others have good days and bad days. One ref who won’t be around much longer is Marius Jonker. G&GR has been informed that he will get the boot when the referee panel is next reviewed.

3. The Brumbies put forward yet another good display against the Lions on Friday night. Sure, the Lions are pretty ordinary, but the effortless way in which the Brumbies chalked up five tries almost defied belief considering they were such a rabble last year. With every win the stocks of the Brumbies bolters increase, with Henry Speight another to catch my (and hopefully the selectors’) attention. He is having a cracker of a season, though if my maths are correct he may have to wait another year before being eligible for selection. A shame, as we aren’t exactly overrun with quality wingers at the moment. 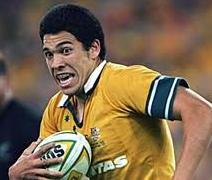 2. It’s Mark Gerrard’s 10oth game this weekend. Well done that man. The way he has been playing this year I’d expect that tally to increase significantly, not to mention his Test caps as well. He has the best boot in Australia, and kicking is something that never goes out of style. Not to mention a great rugby brain and the skills to match.

1. Did anyone see Sias Ebersohn’s missed penalty against the Highlanders on Saturday night? I don’t think I’ve ever seen a worse miss. Right in front, 79th minute, scores tied. Sias steps up and blazes away to the right. Highlanders kick long from the 22, and win a ruck penalty just on the Cheetahs’ side of halfway. Noakes steps up and slots it. Game over. Highlanders win by 3. Matt Giteau, you have been dethroned.

Did I miss anything?

Dwyer’s View: What the Brumbies are getting right
Scrum Analysis: The Importance Of The Middle Row